We Will Not Join Multitudes or Dine With You Against The Scriptural Principles – Ndukuba, Mbanda and Kazimba Replies Welby 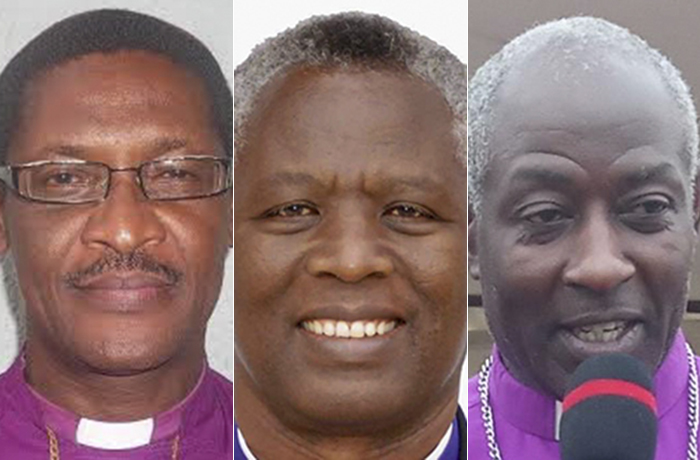 The Primates of the Church of Nigeria, Rwanda and Uganda has responded to the Archbishop of Canterbury’s letter dated 27th May, 2022 where he blasted the three Primates for declining to attend the forthcoming Lambeth Conference.

Archbishop Henry Ndukuba of Nigeria, Archbishop Laurent Mbanda and Archbishop Stephen Kaziimba in a letter jointly signed noted that they will not ‘join the multitudes to do evil’ as they emphasized that right from the earliest Council in Acts 15, and other instances from the Epistles where there were reports of lifestyle in direct opposition to Scripture, there was no place where Christians were enjoined to continue to fellowship with the disobedient members of the Church.

This response in coming from the Primates after a joint letter with the Secretary General of the Anglican Communion, Archbishop Josiah Idowu-Fearon and Archbishop Justin Welby called the declining of these three Churches from attending the conference as un-biblical.

The Most Reverend and Right Honourable Justin Welby,

The Archbishop of Canterbury, Anglican Communion.

The Most Reverend Dr Josiah Idowu-Fearon,

Secretary General of the Anglican Communion.

We hereby acknowledge receipt of your letter dated 27th May 2022, which was a response to the joint statement issued by the Primates of Anglican Provinces of Nigeria, Rwanda and Uganda, sequel to our decision not to attend the forthcoming Lambeth Conference. Ordinarily, we are disposed not to engage in further correspondences over the issues in contention, since the basic facts and positions surrounding the crisis in the Anglican Communion are already well-known. However, we are compelled to respond yet again to your letter in order to clarify some assumptions and statements therein.

The fact that these self-declared practicing homosexual bishops are welcomed, tolerated and involved by the Archbishop of Canterbury to participate in the councils of the church is dishonoring to the Lord and undermines the integrity and mission of the church in the world. Our desire is that the Archbishop of Canterbury leads the Anglican Communion back to scripture in matters of human sexuality and marriage based on the glorious gospel of Christ.

Our dear Archbishop, we proudly recall the historical fact that in the Early Church era, African Church fathers and Apologists such as Tertullian, Irenaeus, Augustine of Hippo and Athanasius, etc., stood gallantly to defend the Christian faith against Roman persecution and the different heresies and controversies that bedeviled the church, resulting in its consequent decline especially in North Africa and Asia Minor. The current controversy may have the same effect on the future of the Anglican Church tomorrow. Just as the Church Creeds (Apostles, Nicene and Athanasian) served to remind the Christians of the biblical foundations of their faith, the GAFCON ‘Jerusalem Statement’ is commended to the global Church of Christ as the way back to genuine Christian faith and indeed, Anglican Orthodoxy.

May the grace and wisdom of Our Lord Jesus Christ, the Head of the Church, guide us aright in the Anglican Communion. Amen.

Archbishop Welby Says it is Un-biblical For Nigerian, Rwandan and Ugandan Churches to Skip The Lambeth Conference