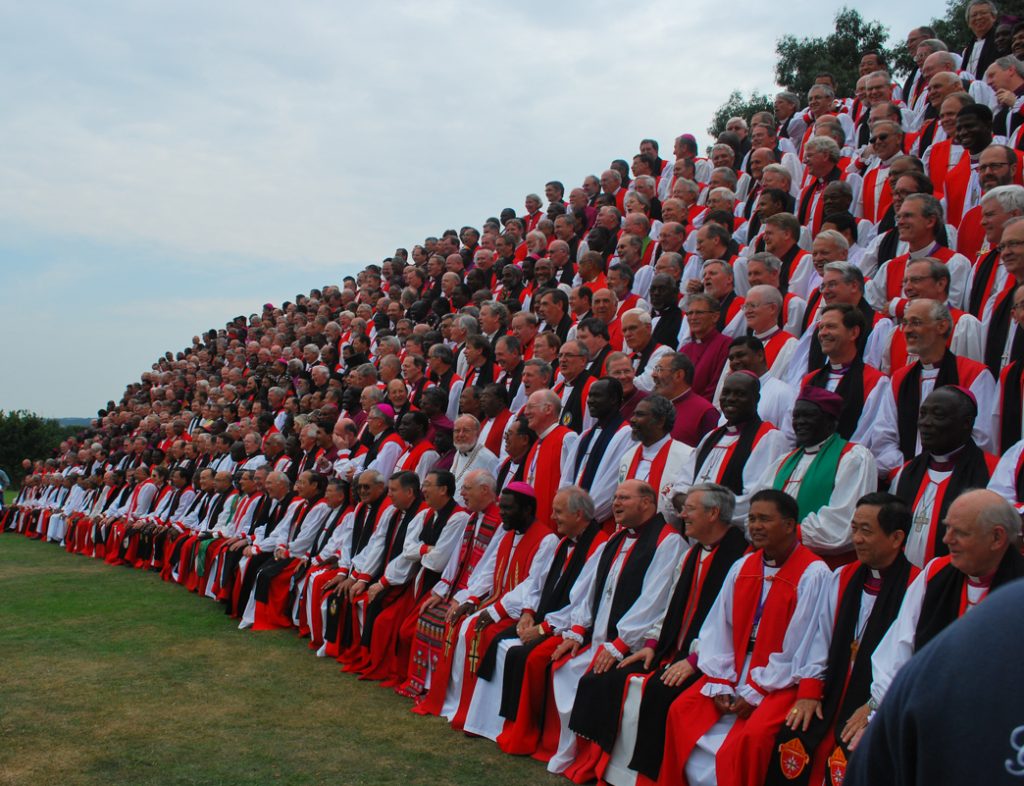 “CAN TWO WORK TOGETHER UNLESS THEY AGREE?”

1. The Communique issued from the recent Primates’ Meeting held in London in March 2022, in paragraph 6 notes, ‘We continue to lament the absence of three primates who chose to stay away. This is referring to the Primates of Nigeria, Uganda, and Rwanda, whose provinces represent about 30 million of the estimated 70 million Anglicans worldwide. What this Communique fails to the state are the unfortunate circumstances that necessitated their refusal to attend.

2. The Primates of the Provinces of Nigeria, Uganda, and Rwanda could not attend the Primates’ Meeting, desirable as it was and, will not, with their College of Bishops, attend the 2022 Lambeth Conference because the Anglican Communion has failed to address with remorse and repentance the issues that necessitated their absence at the 2008 Lambeth Conference.

3. The grounds upon which faithful GAFCON Provinces boycotted the 2008 Lambeth are still valid, as nothing has really changed about the issues in contention, which broke the fabric of the Communion in the first instance. Rather, things are getting worse as the culprits are becoming more daring and persistent in their errors and rebellion. The spirituality contained in the GAFCON ‘Jerusalem Statement’ remains the hope for salvaging Anglican orthodoxy and preserving the future of Communion.

4. The Anglican Communion has been in a crisis of unity, faith, and ethics since about two decades ago. Although the presenting issue is the recognition of homosexual relations and consecration of active Gay Bishops by The Episcopal Church (of America) and allied Provinces, the underlying question has been that of Biblical revisionism, arising from the adoption of secular culture within the Church.

The Anglican Church in the West is in rebellion; having rejected fundamental beliefs in the authority of the Holy Bible, sound Biblical ethics, uniqueness, and Lordship of our Lord and Saviour, Jesus Christ. This is a form of apostasy, which Jesus Christ warned against in Matthew 16:11.

The Anglican Communion is undoubtedly experiencing spiritual warfare between the Kingdom of God and that of Satan. The Cry of Moses, “Who is on The Lord’s side?” (Exodus 32:36) calls for the crucial decision which all genuine Christians and church denominations must make at this period.

5. The Communique issued after the Primates’ Meeting of March 2022 in Lambeth Palace, London, was silent on the agenda of the proposed Lambeth 2022, which is a ploy to evade the crucial issue of human sexuality. The conclusions reached by the Primates suggest that the subject of human sexuality is not on the agenda at the next Lambeth Conference, as if the problems generated by the admission of homosexuality as a normal way of life as opposed to Resolution 1.10 of the Lambeth Conference of 1998 could be swept under the carpet.

Instead, Lambeth 2022 is to focus on peripheral matters about the environment and difficulties experienced by disadvantaged communities. Their focus on the environment should be rooted in biblical theology within an authentic salvation message and must not abandon that for any social cause.

Human sexuality is not a moral issue to be wrapped in the garment of human rights which allows for distortion of fundamental biblical truth.

6. For faithful Anglicans, Anglicanism is a way of life of total commitment to Biblical Truth that has no room for any revisionist agenda. The Church is unequivocally called to be holy in polity, preaching, and practice. There is no amount of blackmail that will change our perspective of the sufficiency of the Scripture for the salvation of mankind. No revisionist agenda could cause a detour in our absolute faith in the Son of God who loved and gave Himself for us (Galatians 2: 20).

7. It is becoming more apparent that Canterbury, which ought to moderate, mitigate and ensure resolution of the crisis is becoming too tolerant and complicit in the arrogance and errors of the revisionist Anglican Churches in the West. There are indications that homosexual ‘Bishops’ and maybe their spouses have been invited to the forthcoming Lambeth Conference.

Prophet Amos asked, “Can two walk together, unless they are agreed?” (Amos 3:3). The Church of God can better serve God’s world only when it is united in its Mission. Hence, Paul’s admonition to Timothy is now of utmost relevance and the Church is best to take the challenge. “Fight the good fight of faith, take hold of the eternal life to which you were called when you made your good confession.” (1 Timothy 6:12).

8. Throughout Biblical history, God’s battles have never been determined by majority opinions or the official stand of the Establishment, but by Truth, Revelation and Holiness. The prophets of Israel often stood alone against the betrayal of religious leaders like the Sanhedrin and against the rebellion of entire nations, as they proclaimed God’s Word and judgment.

9. The Provinces of Nigeria, Uganda, and Rwanda are prepared to be one of God’s remnants as well as the prophetic voice at a time like this. We take solace in the unchanging Word of God which vindicates the cause of those who ‘fight the good fight of faith and in the realization that the victory of the Church of God is not about actions or inactions of any particular Church Establishment or Denomination, but by Divine Intervention through genuine Christians who have the fear of God, commit to living righteously, obey the unchanging Word of God and believe in genuine evangelization. 10. We pray that the Anglican Church will be guided by the Spirit of God to enable it to return to its vocation of standing by the Truth of the Gospel, in line with the motto of the Compass Rose of the Anglican Communion, which is, “You shall know the Truth and the Truth shall make you free” (John 8:3).