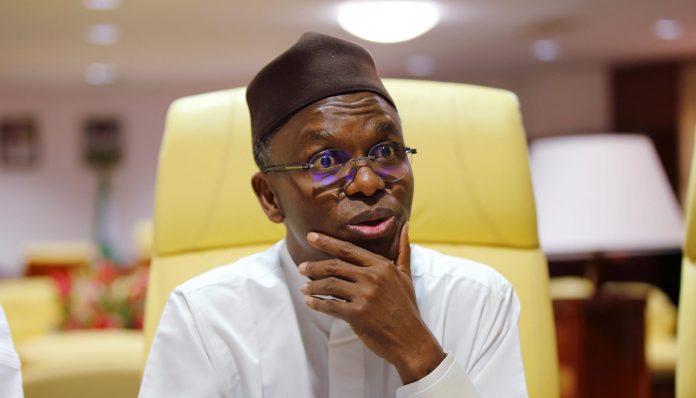 Governor Nasir El-Rufai of Kaduna State has said the refusal of his administration to give what he tagged as “brown envelope” was responsible for the lingering violence in Southern Kaduna.

El-Rufai explained that his predecessors paid some leaders who allegedly organised killings in the state.

He said the peace money was to stop such acts but he’s administration on assumption of power stopped it.

Featuring on Channels Television, the governor vowed that he “will not appease criminals” in a bid to continue the practice.

He vowed to prosecute those linked to the killings in Southern Kaduna.

The governor lamented that some of the leaders in Southern Kaduna are aggrieved that he stopped the alleged payment.

According to El-Rufai: “Most of the people saying that have no means of livelihood, they were living off the government. The governments before us were paying them money every month, they called it peace money. We stopped it. This is why they say I am taking sides.

“And for a governor like me who does not appease them because they are used to being appeased, they cause troubles, they organise these killings and then, their leaders are invited by the governor, they wine and dine and they are given brown envelopes. That’s what they have been doing for 20 years.

“And we came into office and we said no more, nobody who does not encourage peaceful co-existence will have access to the governor or the government house. I have no time for them.

“I have no time for nonsense. I will not appease criminals. I will not appease idle people who have nothing to do but to raise a spectre of genocide. They do that to get money into their bank accounts and get donations from abroad instead of standing up.”

Recall that the governor has recently accused some clerics of instigating violence in the state.

El-Rufai had alleged that the clerics use their platforms to preach disunity rather than a peace which would benefit the state.

UN At 75: Buhari Says World Body Has Stayed True To...

‘He Was A True Soldier,’ Gov Zulum Mourns Colonel Killed By...

Edo 2020: Court Of Appeal Sets Up Panel For Election Petition...

UN At 75: Buhari Says World Body Has Stayed True To...