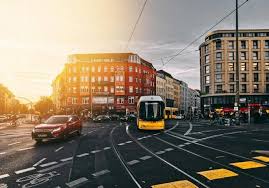 Several bomb threats were made against health authorities across Germany overnight, police said Saturday, although searches have so far not turned up any suspicious items.

The offices of the local health authority in Olpe in the western state of North Rhine-Westphalia had to be temporarily evacuated late Friday after receiving such a threat.

The all-clear was given after a search by police officers and sniffer dogs.

Likewise, health authorities in the city of Cologne also received a threatening telephone call, although police said they did not deem it to be serious.

Separately in the Bavaria town of Ansbach, several residential homes were evacuated overnight after police received a call claiming an imminent threat to the local health authority’s office.

In July, several district courts were evacuated in Germany after they received bomb threats.

Nothing concrete have been found in searches and no arrests have been made.

The trial of a man accused of sending over 100 far-right letters to politicians, journalists and officials between October 2018 and April 2019 is ongoing.

The threats had prompted evacuations, including of the main train station in Luebeck and a tax office in Gelsenkirchen.