Setting an Agenda for Justice Dongban-Mensem 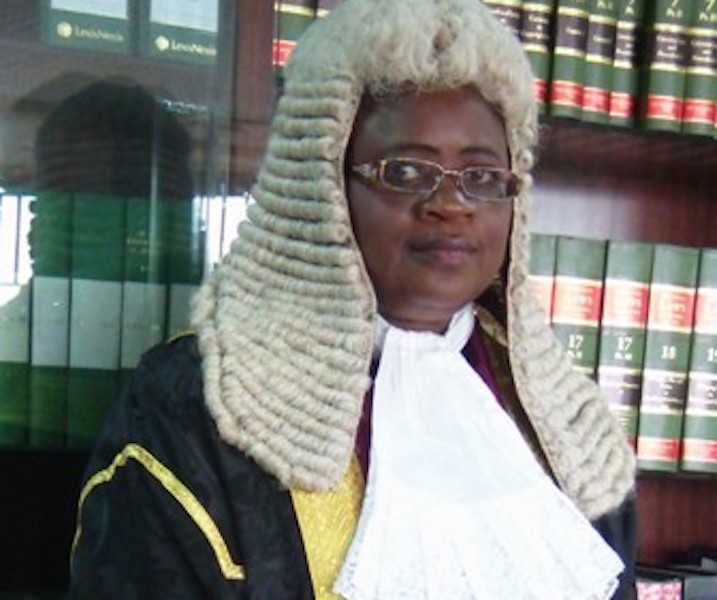 Justice Monica Dongban-Mensem was penultimate Friday sworn in as the new President of the Court of Appeal (PCA). She succeeded Justice Zainab Adamu Bulkachuwa who retired after attaining the mandatory retirement age of 70.

At the inauguration, which took place at the Supreme Court premises, the Chief Justice of Nigeria (CJN), Justice Ibrahim Tanko Muhammad, charged her to maintain the credibility and integrity of the appellate court. He enjoined the new president to live up to expectations by maintaining cordial relationship with her colleagues on the bench of the Court of Appeal.

Specifically, the CJN counselled Justice Dongban-Mensem, who is the second female to head the Court of Appeal to ensure regular meetings with Presiding Justices in all divisions of the court as well as other Justices to enable them understand challenges that may face the court. He further tasked the new appellate court president to continue with her good character, behaviour and hard work, adding that the sky would not only be a limit but a stepping stone for her.

“From my personal experience, workload in the Court of Appeal, especially in the divisions is the highest. It is a home of work, it is a home of cooperation, but with your experience, hardwork and zeal, you will not find your new status difficult. If you sustain your good character and conduct, your tenure will definitely be an excellent one. Try to be yourself and do not allow others derail you. Remain what we know you for,” CJN added.

In her remarks after her swearing in,

She assured Nigerians that she would do her best in ensuring that justice was applied at the appellate court, adding that she would build on the legacy left behind by her predecessors.

The Court of Appeal is the second highest court of record in Nigeria after the Supreme Court. It is by far the largest and most complex court system in the country with about 20 divisions and over 90 judges.

Even though many feel that the 63-year-old Dongban-Mensem who has till 2027 to retire from service is coming to the position with a huge experience, she is undoubtedly assuming the position of PCA at a time the image and reputation of the court and the judiciary in general is at its lowest.

Having been a registrar at the Plateau State High Court, magistrate, judge, Plateau State High Court and judge, Federal Capital Territory judiciary from where she was promoted to the Court of Appeal in 2003, a daughter of M. B. Douglas-Mensem, a retired Appeal Court judge, observers believe that her background and experience would pale into insignificance if Nigerians do not see the impact of her office in the justice sector and the judiciary at the end of her tenure.

To show how bad things are in the judiciary, lawyers, retired judges and justices have all joined in criticising the rot in the third of government. They see what is currently happening as alien to them.

For instance, a few years back, a renowned retired Justice of the Supreme Court, took an x-ray of the country’s judiciary and concluded that the institution was full of judges and justices who ought not to have been there in the first place. He lamented that the all-important arm of government stinks of corruption, adding that until the bad eggs in the institution were flushed out, the justice sector would continue to witness retrogression.
He wondered if it was the same judiciary that produced the likes Sir Egbert Udo Udoma, Akinola Aguda and Olayinka Ayoola whose names vibrated and reverberated in the Halls of Chief Justices for great African countries that produces the current crop of judges and justices.

Therefore, as the new PCA settles down in office, many analysts, especially litigants and lawyers, believe that there are a lot of areas she has to carefully look into to change the wrong impression Nigerians have of the court and the judiciary in general.

As she settles down in her new office, observers want Justice Dongban-Mensem to first address the challenges causing delays in the adjudicatory process in order decongest the courts. They want matters to be speedily and promptly dispensed in the interest of justice.

For instance, a cursory look at some of the recent cause lists of the court in Lagos show that appeals that were filed over four to six years ago, have still not been heard or dispensed. This is why observers believe that one way to overcome the challenges is to discourage the filing of frivolous applications mostly by the defendants by being tough on them.

To quicken justice delivery, many Nigerians want the new PCA to designate the courts into civil, commercial, probate, land and criminal sections. They also want her to increase the number of courtrooms especially in the Lagos division from the current two to four. This, they believe, will go a long way in helping to decongest the court and reduce the pressure on the judges, lawyers and litigants. Lagos being the commercial nerve centre of the country, comes with disputes that urgently need to be resolved by the court to give the judiciary a better image.

Another area where lawyers want the new PCA to carefully look into, is the lackadaisical attitude of some of the judges presiding over cases. While some judges deliberately absent themselves from courts without excuse or prior notification, others are in the habit of coming late to court, There have been instances where counsel and litigants come from far distances and early enough only to find out that the court would not sit.

Another area many analysts want Justice Dongban-Mensem to address is the problem of corruption and the growing culture of impunity which have over time destroyed the hallowed temple of justice. Though most times allegations of corruption and inducement are hard to prove, they can be seen either in the judgments delivered or the way a case was handled. This is why many are calling for proper investigation of any petition sent to her or any whistle blown in a particular matter. This, they believe would go a long way to debunk the impression many Nigerians have that for as long as an opponent has money, he or she is very likely to win a case.

Observers also call on the new PCA to address the conflicting and some times incongruous judgments emanating from the Appeal Court. Not only that the judges of the court in various jurisdictions deliver conflicting judgments in cases that are similar in nature, but sometimes outrightly overturn the decisions of the superior court – Supreme Court.

On a few occasions, justices of the apex court have had cause to upbraid the justices of the Court of Appeal for delivering judgments that are contradictory and sometimes defile logic and common-sense on matters that are similar in law and in fact.

To a lot of observers, the greatest task before the new PCA would how she handles the disputes that would emanate from the Edo and Ondo governorship elections but the 2023 general election. As the President of the Court of Appeal, Justice Dongban-Mensem is responsible for appointing judge for election tribunals as well as election appeal tribunals. The PCA also constitutes a tribunal of first instance for presidential elections. This to many analysts is an important duty that assumes added significance with the approach of the 2023 general election.

This is why the task of constituting impartial tribunals now falls on her shoulders. Not only impartiality, but these tribunals are also expected to discharge their duties speedily.

The PCA should never forget that the entire imbroglio that led to the public spat between Justice Salami and the then CJN, Aloysius Katsina-Alu, had to do with election tribunals, which are considered to be “juicy” in Nigerian parlance.

Considering the intrigues that characterised her appointment, many believe that Justice Dongban-Mensem has no choice but to discharge duties with fairness and integrity. The intrigues almost led to denying the plumb job but for pressure from a cross-section of Nigerian. This is why they want her to always watch her back.

She assured Nigerians that she would do her best in ensuring that justice was applied at the appellate court, adding that she would build on the legacy left behind by her predecessors. The Court of Appeal is the second highest court of record in Nigeria after the Supreme Court. It is by far the largest and most complex court system in the country with about 20 divisions and over 90 judges. Even though many feel that the 63-year-old Dongban-Mensem who has till 2027 to retire from service is coming to the position with a huge experience, she is undoubtedly assuming the position of PCA at a time the image and reputation of the court and the judiciary in general is at its lowest