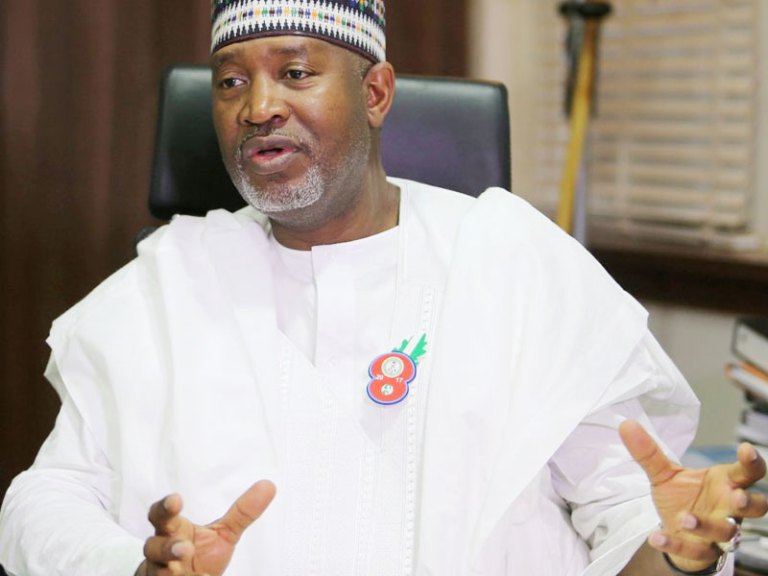 The much expected National Carrier to replace the liquidated Nigeria Airways may be on course by the first quarter of 2022, Aviation Minister, Senator Hadi Sirika, has said.

Sirika, who spoke with reporters Wednesday at the end of the virtual weekly meeting of the Federal Executive Council (FEC) at the State House stressed that government was committed in its determination to provide a national carrier for the country.

He explained that the initial plan to establish a national carrier in 2021 was affected by the outbreak of the Coronavirus pandemic, adding that the project will be realized by the first quarter of 2022.

The Minister emphasised that there was no going back on getting a national carrier for the country.

According to him, “It is still on top gear; we are coming back to council; hopefully in the next two weeks to present the memo on the national carrier. We went to council to approve the outline business case for the carrier; then, the council raised some questions and asked us to go and look at the memo again and bring it back.

“So, once it comes back and the outline business case is approved by council, we will go to the full business case which is now going to the market and establishing the national carrier.

“It is our intention to have the national carrier running in 2021, which is this year; unfortunately, due to COVID-19, which took the greater part of last year, since March last year, activities have almost been impossible.’’

He said though the pandemic negatively affected civil aviation, in terms of establishment of the national carrier, it made it a much better time to establish the carrier than before.

Sirika said for obvious reasons, Nigeria would have fast access to equipment; deliveries of the aircraft would be faster and the rates might be cheaper.

According to him, Nigeria has a massive market and population to sustain an airline, adding that updates would be provided on the progress of the project after the next presentation to FEC.

He said, “The COVID-19 has exposed the nation; lack of having very strong, viable airline is bad for the economy of Nigeria and for any country for that matter; tourism for example is badly affected by lack of airline.

“Finally, to just say that Nigeria is the best candidate to have an airline; 200 million people that travel sometimes almost for nothing, sitting within the West African Region, 400million people; contiguous to Central Africa, 600million.

“Twice the population of the US; equal to the population of entire continental Europe; at the centre of Africa, Nigeria, equal distance from all locations; rising middle class, propensity to fly is high; Nigeria is the best candidate for a very robust carrier.

“In this 2021, we will try to do all the needful and probably intend to start operations somewhere in the first quarter of 2022.”