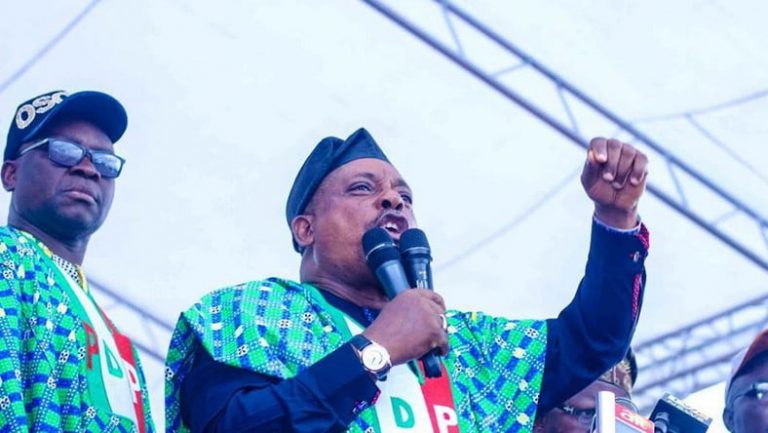 It was more trouble for the embattled national chairman of the Peoples Democratic Party (PDP), Prince Uche Secondus as he was officially suspended as a member of the party in Ward 5, Andoni Local Government Area of Rivers State.

His suspension is coming after stakeholders and leaders of the party from the local government paid a solidarity visit to the state chairman of the party, Ambassador Desmond Akawor, to declare their support for the sack of Secondus.

On Tuesday, his kinsmen from his Ikuru town, Ward 5, added voice to his suspension, as men and women bearing placards with various inscriptions insisted that Secondus must leave the party.

They also declared support for the move by the Rivers State leadership of the party to suspend Secondus from the party.

The protesters expressed their support for Governor Nyesom Wike and pledged to stand by whatever decision the PDP in the state takes on Secondus.