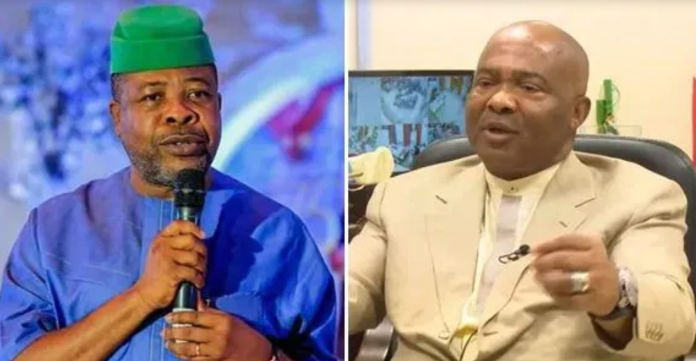 Nigerians were shocked when on Tuesday evening the country’s Supreme Court sacked Emeka Ihedioha of the Peoples Democratic Party declaring Hope Uzodimma of the All Progressive Party as the rightful Governor of Imo State consequently.

As piercing as the news was to many, Nigerians were further left dazed and confused on what grounds the judgement was served.

The apex court’s light-weight assertion that 230,695 votes were illegally excluded from 388 polling units and should consequently be added to output a rightful tally wasn’t enough reasoning to the country’s listening citizens.

The consequence of the ruling would see Imo entering the league of states with staggered elections. The new Imo state Governor, Hope Uzodimma would complete his full four years tenure in 2024, then would the state witness another gubernatorial election.

Staggered elections aren’t new to the political scene, it started in 2007 in Kogi state.
Since the Supreme Court’s sack of Alhaji Ibrahim Idris as Governor of Kogi state in 2007, because the candidate of the All Nigeria Peoples Party (ANPP), Prince Abubakar Audu, was wrongly excluded, the country has thereafter witnessed many staggered elections.

The court ordered a rerun and Audu who eventually won was able to continue his second term as governor of the state.

Aside from Kogi state, Bayelsa, Anambra, and Ondo state all have their gubernatorial elections either before or after the general elections in the country.

The disappointment to the defeated party, the cost to the government and inconsistency in governance are some of the bad after-effects of such rulings.

What the Supreme Court ordered

The Supreme Court opined that the election petition tribunal and the Court of Appeal which had formerly ruled in favour of Ihedioha misunderstood Uzodinma’s case when they dismissed the evidence presented before them.

Facts from the March 9 gubernatorial election in Imo

The election results were as follows:

The court ruling might have successfully returned the ruling All Progressives Congress to the southeast, however, eyebrows have been raised on why the court added the votes only to the ruling party.

A right group in the state confirmed how conflicting and ‘unreal’ the apex court’s judgement was given that the 388 polling units had total registered voters of about 194, 000.

It wondered how the election in the units could record 100 per-cent voter turnout with the votes all going to Hope Uzodimma while others had to go with zero votes.

The PDP giving insight on the issue said the purported results from the 388 polling units were rightfully rejected by the Tribunal and Court of Appeal as it was merely dumped on the tribunal in a Ghana Must Go bag, by a policeman who had no mandate of the police to testify at the Tribunal.

The sacked Governor, Emeka Ihedioha reacting to the judgement had stated that he “does not agree with the judgment of the Supreme Court. I think it is unfair, unjust and does not reflect the voting that took place during the elections. According to him, “as true democrats”, his deputy and him had no option but to respect the outcome of that judgment.”

The apex’s court ruling could be final and irreversible, however, several questions are begging to be answered.