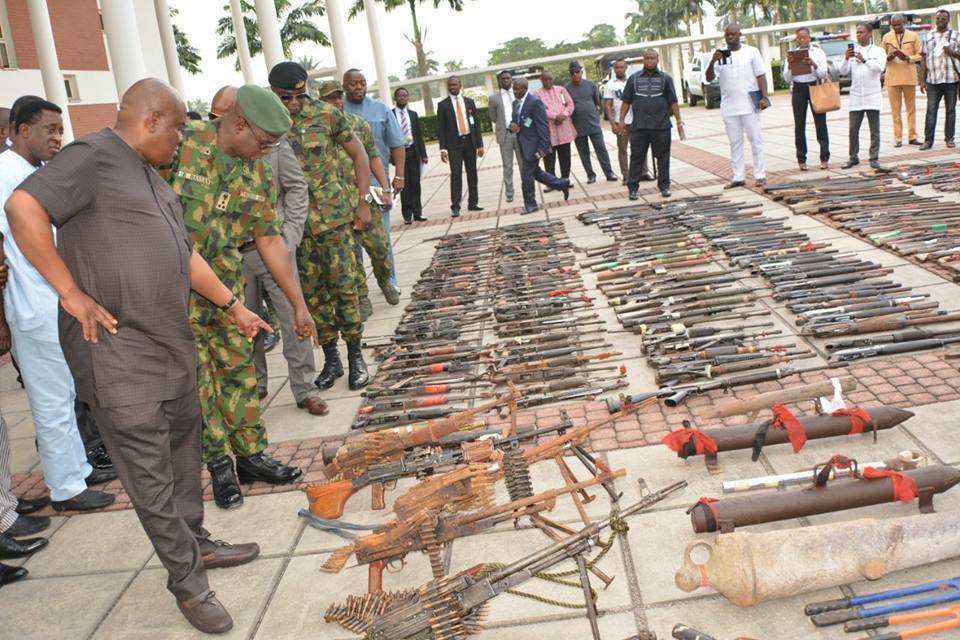 In the last few decades, Nigeria’s oil-rich Niger Delta has had to battle many problems: damaged environment, lax security that made militancy and kidnapping thriving businesses for a select few, dwindling livelihood occasioned by oil spillages, and bad governance.

While militancy – mostly attacks on oil installations and oil workers – has taken the back seat in recent years, crimes have not let down. And in Rivers, one of the most prosperous states in the region, fatal clashes among street gangs are rife.

“The attacks happen more at city outskirts and hinterlands,” a resident of Port Harcourt told The Guardian on Monday. “Most neighbourhoods have cults.”

SBM Intelligence, a Lagos-based research firm, said in a report published on earlier in June that there are more than 100 active gangs in the state, with their activities mostly localised in and around Okochiri, Port Harcourt, Ogba Egbema Ndoni Diobu and Emuoha.

Flourish logoA Flourish chart
“These cult groups – such as Deewell, Deebam, Icelanders, Greenlanders, Gberesaako Boys, and the Outlaws – individually and collectively have constituted a menace to the inhabitants of the state, causing incalculable human and economic loss in the process,” SBM said in the report.

“The activities of these criminal gangs has not just led to the movement of businesses outside the state leading to a rise in unemployment, but has also affected the property business in the state.”

The report traced the genesis of gang violence in Rivers to the creation of the Supreme Vikings Confraternity (SVC), also known as the Adventurers or the De Norsemen Club of Nigeria, at the University of Port Harcourt in 1984 by a former member of the Buccaneers Confraternity.

Over the years, the number of groups increased with many of them bankrolled by the political class. Apart from spiking rates of kidnap-for-ransom and mindless murder of rival gangs, Rivers’ street gangs are a part of the reasons elections in the state are always a bloodfest.

A 2015 commission of inquiry by former governor of the state Rotimi Amaechi said, on average, 19 persons were killed every month between November 2014 and April 2015.

Chidi Odinkalu, a professor of law and former boss of Nigeria’s human rights commission, who headed the inquiry, said 94 persons were killed between November 15, 2014, and April 11, 2015.

A joint report by SBM and Open Society Initiative for West Africa showed that the state recorded the highest occurrence of “thuggery” on the day of the elections.

“[Gang violence] festers because the political will to deal with it is absent,” SBM Intelligence’s head of research Ikemesit Effiong told The Guardian.

“The political will is absent because politicians know that to remain in power, they have to assuage these cults who have become so powerful that they control entire portions of the state.”

Whose faults?
Amnesty International said in January that 60 persons were killed in gang violence in 2019. Most of the deaths, it said, occurred in Khana and Gokana local government areas.

In September 2016, Governor Nyesom Wike, who succeeded Amaechi, started a disarmament programme headed by Kenneth Chinda. The committee that oversaw the programme was asked to mop up arms from gang members and integrate those who willingly surrendered into society.

The programme enjoyed initial success with gang members surrendering 911 arms, including AK-47 rifles and pump-action guns, as well as 7,369 rounds of ammunition.

The government said about 22, 430 gang members renounced the membership of their groups by May 2017.

But escalating violence forced the state government to scrap it and sign a law that prescribes the death penalty for “any cultist who kills during a cult activity and life imprisonment for any cultist apprehended.”

“If anything, the Rivers government discontinued the amnesty programme in 2019 because these gangs were using the monies they received to purchase arms and fuel their activities,” Effiong said.

Effiong said some gang members have better weapons than the police officers who are supposed to check them. A police source in the Rivers State Police Command said some gangs have access to “sophisticated weapons”. He, however, said the police have arrested a number of them.

The national coordinator of the Nigerian Police’s Police Campaign Against Cultism and Other Vices CSP Ebere Amaraizu said on June 16 that 16 members of different “cult groups” renounced their memberships and surrendered weapons to their police. 68 persons four days earlier did the same.

But the authorities’ failure to punish perpetrators of violent crimes is problematic.

“The authorities have failed to bring those responsible for these horrific crimes to justice and have allowed a climate of impunity to fuel further violence,” Osai Ojigho, Director Amnesty International Nigeria, said.

“We call on the Nigerian authorities to take more robust action to stop these attacks by investigating every clash and bringing perpetrators to justice.”