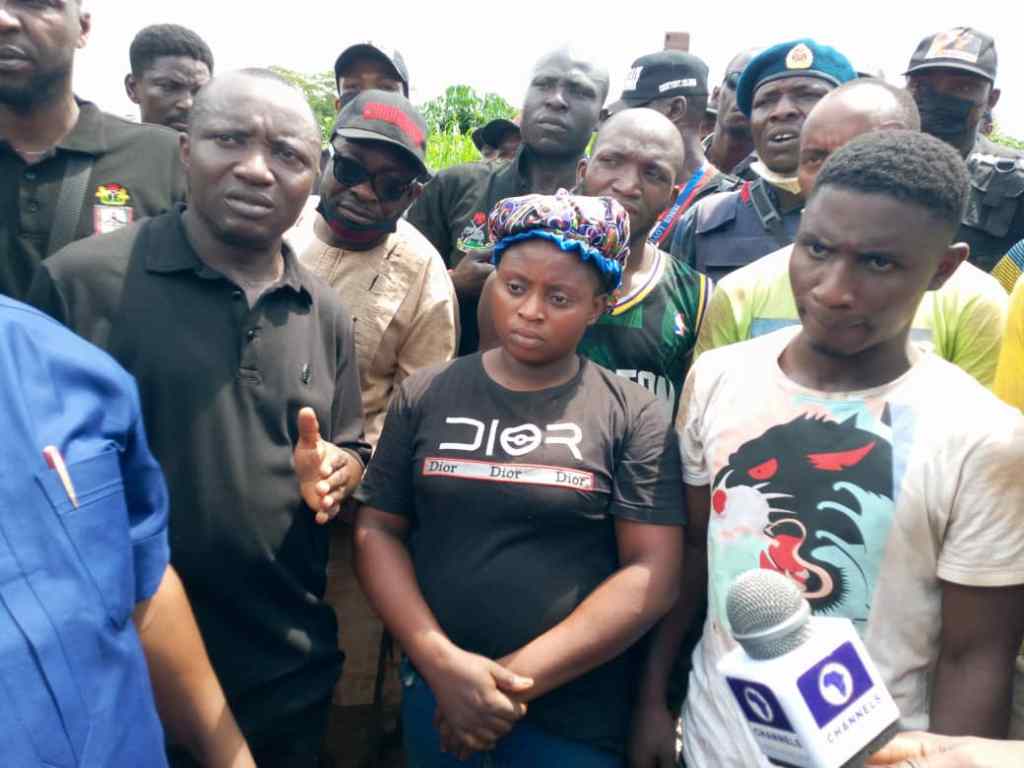 Share
Facebook Twitter LinkedIn Pinterest Email WhatsApp
Thirteen kidnapped people were on Saturday rescued from kidnappers den in Ahor bypass along Benin-Auchi road, Edo State by operatives of the Edo State Police Command.
It was gathered that the rescue operation was carried out in collaboration with local hunters and members of the Edo State Vigilante Security Network.
The victims were reportedly kidnapped on Thursday while travelling from Lagos to Akwa Ibom State, and Onitsha, Anambra State.
Briefing journalists in Benin, the Edo State Commissioner of Police, Philip Ogbadu, said the command deployed drones and were assisted by hunters and members of the Vigilante in the operation.
He said the police acted on the information provided to track the kidnappers, adding that the officers took the courage to enter the forest for the successful rescue operation.
He said the police have identified up to seven kidnappers’ camps in the area, adding that they were going to carry out general combing of the areas so as to identify more of such in the forest and prevent the kidnappers from using the forest for their nefarious activities.
Ogbadu urged residents in the area to always provide relevant information about the activities of the kidnappers to the authorities, noting that the kidnappers always go to the communities to buy food and also interact with the people.
According to him,  the rescued victims were taken to Magnus Eweka Police Cottage Hospital for thorough medical examinations before they will be handed over to the state government to assist them to proceed to their destinations.
Ogbadu assured that the command will carry out regular patrols and mount checkpoints along the road to dissuade criminal elements on the road.
Daily Trust
Share. Facebook Twitter Pinterest LinkedIn Tumblr Email WhatsApp