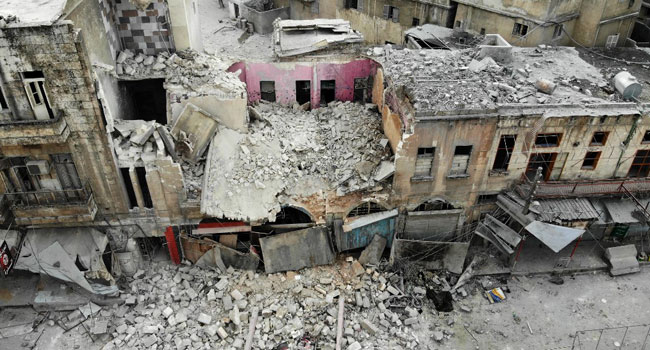 The raids hit a vegetable market and repair shops in Idlib, capital of the jihadist-held province of the same name, said the Syrian Observatory for Human Rights.

The Britain-based monitoring group had earlier reported nine civilians dead and at least 20 wounded but warned that the death toll was likely to rise as many were seriously injured.

It said two children and a rescue worker were among the dead.

The bombardment engulfed several vehicles in the industrial zone, leaving torched corpses of motorists trapped inside, an AFP correspondent said. 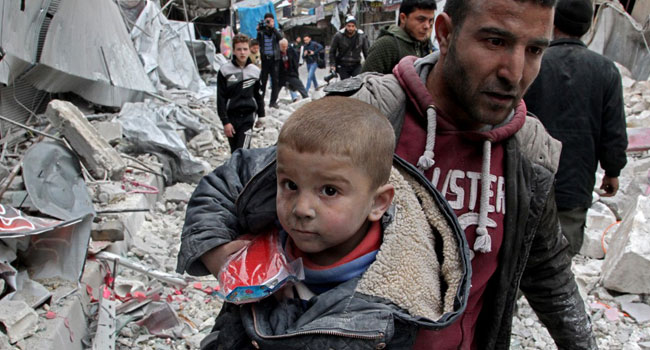 One man was seen running towards the site of the attack, slapping his forehead with both hands in despair.

Mustafa, who runs a repair shop in the area, was lucky to escape with his life. He had just left the store to pick up some spare parts.

He told AFP he returned to find the shop destroyed and his four employees trapped under rubble. It was not immediately clear if they had survived.

“This is not the neighbourhood I left two minutes ago!” Mustafa said, tears rolling down his face.

The Observatory also reported dozens of regime and Russian airstrikes in the broader Idlib province, particularly in the southern zone close to regime-held territory.

It said one person had died in the village of Al-Has. 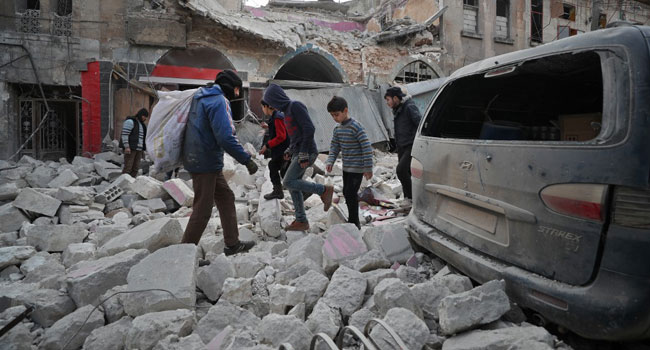 Idlib has come under mounting bombardment in recent weeks, displacing tens of thousands of people in the northwestern province home to some three million.

The United Nations’ humanitarian coordination agency OCHA said that since December 1, almost 350,000 people had fled their homes, mainly heading northwards from southern Idlib which has borne the brunt of regime strikes.

A truce brokered this month by regime ally Russia and rebel backer Turkey was in principle to have taken effect from Sunday.

It follows a truce announced in late August, after strikes by the regime and its ally Russia killed some 1,000 civilians in four months, according to the Observatory.

The Damascus government has repeatedly vowed to retake Idlib, which is run by Hayat Tahrir al-Sham, a group dominated by Syria’s former Al-Qaeda affiliate.

Syria’s war has killed more than 380,000 people including over 115,000 civilians since it broke out in 2011 with the brutal repression of anti-government protests.