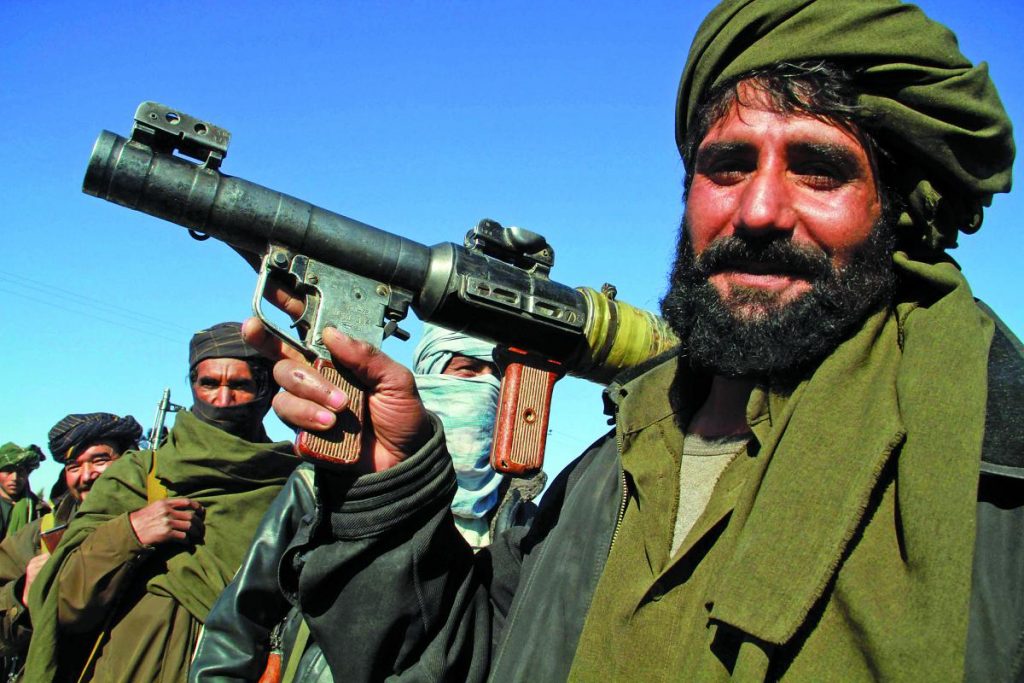 As the Taliban tighten their grip on Afghanistan, Release International warns attacks on Christians are likely to rise across the region.

‘Pray for Christians in Afghanistan and in the region,’ says Paul Robinson, CEO of Release International, which supports persecuted Christians around the world. ‘The Taliban’s swift advance can only embolden extremists. Pakistan especially may be impacted by the new mood of militancy – which will be bad news for Christians across the region.’

Afghanistan’s major cities have fallen like dominoes before the Taliban, in the drive by the militants to create an Islamic emirate.

One church leader in Afghanistan said Christians were living in great fear. Some who worked for the government now face reprisals, and any identified as Christians could be killed. Christians risk betrayal, even from their own family members.

A Christian contact of one Release International partner describes the situation as ‘dire.’ Says ‘Micah’: ‘Our brothers and sisters in Christ are telling us how afraid they are. In the areas that the Taliban now control girls are not allowed to go to school and women are not allowed to leave their homes without a male companion.’

The church in Afghanistan already faced sharp persecution, even before the Taliban advance. That church is invisible and must operate underground in this land where Muslims who change their faith are breaking the law and considered to have betrayed their communities.

To be exposed as a Christian risks being charged with apostasy, which is punishable by death or imprisonment. There have also been honour killings of Christians by their families.

In the past, foreign Christian workers have been murdered and many have long since left the country. Many secret believers are now fleeing the Taliban, whose version of Islam is even more violent and extreme. But many Christians are poor and cannot afford to leave. They will be left behind.

One of the communities worst affected by the Taliban is the Shia Hazara minority, which has been especially responsive to the Christian message.

In May 2021, the Taliban bombed the Sayed Ul-Shuhada High School in Kabul, killing at least 85, mainly schoolgirls. The previous year the Taliban staged a shooting at a maternity clinic, killing women, children and babies.

The Taliban are pledged to prevent what they see as the westernization of women. It was the Pakistan Taliban who shot 15-year-old Malala Yousafzai for going to school and telling the world about it in a blog.

Thousands of Afghans, including Christians, are seeking refuge in neighbouring Pakistan. But the Taliban are growing in influence there, too.

Some observers say Pakistan has provided a safe haven for the Taliban and has supplied them with weapons and finance. Before the Afghan president fled, he accused Pakistan of permitting thousands of jihadi fighters to cross its border to support the Taliban.

That tacit support could yet rebound on Pakistan. The surge in the Taliban has given Pakistan’s militants a new boldness. Release partners warn it could lead to the destabilization of the north-west of the country.

The extremist Tehreek-e-Taliban Pakistan (TTP, or Pakistan Taliban) is calling for the overthrow of the state. Another extreme Islamist faction, Tehreek-e-Labbaik (TLP), also called for the government to be brought down after Christian Asia Bibi was acquitted of blasphemy.

The TLP campaigned for Asia Bibi’s death, along with the assassination of the Supreme Court judges who confirmed her innocence. It’s widely believed that to appease the TLP, the Pakistan government delayed Asia Bibi’s departure from the country.

Despite the international outcry, the government refused to repeal Pakistan’s notorious blasphemy laws, which are used to settle scores and target disproportionate numbers of Christians. Release International continues to call for the blasphemy laws to be abolished.

Release International is working with partners to support the church as it faces extreme persecution.

Release partners are providing radio broadcasts and follow-up to train new believers. They broadcast programmes in the local languages of Dari and Pashtun. And while those partners call for prayer, they say: ‘Into this darkness, our ministry is bringing a daily message of hope, life and comfort.’

They are also producing Christian literature and digital discipleship material.

‘This is one real ray of hope,’ says Paul Robinson of Release. ‘Radio can be picked up everywhere – including in Pakistan, where many of the Christians are seeking refuge. The same is true of social media.’

A huge investment in recent years in Internet infrastructure will further aid the spread of Christian teaching, and the great strides in educating Afghan women also points to hope for the future.

‘In places like Afghanistan the church has had to learn to operate much as the early Church in the Book of Acts – under continual threat of persecution. But today the church is better resourced and equipped to handle that challenge than ever before,’ adds Paul Robinson.

Through its international network of missions, Release International is active in some 25 countries around the world, supporting pastors, Christian prisoners and their families; supplying Christian literature and Bibles, and working for justice.