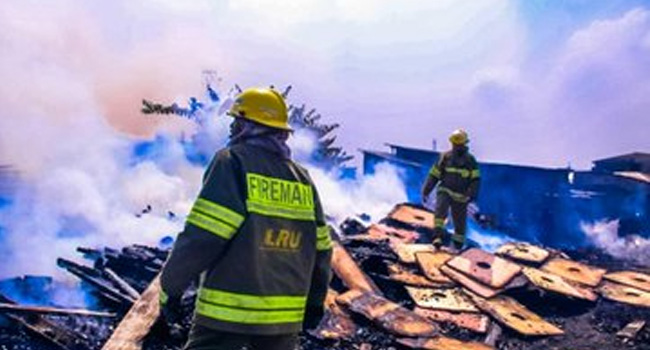 The cause of the inferno which broke out on Monday has yet to be ascertained and it was said to have lasted about two and a half hours.

In an interview with Channels Television, the Chairman of the United Marketers’ Association at the market disclosed that the fire started around 2:30am and could not be put out until 5am.

An eyewitness explained that there was a power outage at the time when the incident happened.

Officials of the Yobe State Emergency Management Agency (SEMA) had visited the scene to ascertain the level of destruction caused by the fire.

The state governor, Mai Mala Buni, in a statement by his media aide commiserated with the victims of the inferno.

He asked firefighters in the state to be proactive in discharging their duties, especially during the harmattan season.

Governor Buni also directed SEMA to provide immediate support to the victims as they take stock of the damages.