2023:Primate Ndukuba Urges Leaders To Return Nigeria To The Path Of Prosperity, Peace

Ahead of the 2023 general elections, the Primate of All Nigeria (Anglican Communion), Most Revd. Henry Ndukuba, has called on political leaders at all levels to exert themselves to return the country to the path of prosperity and peace. 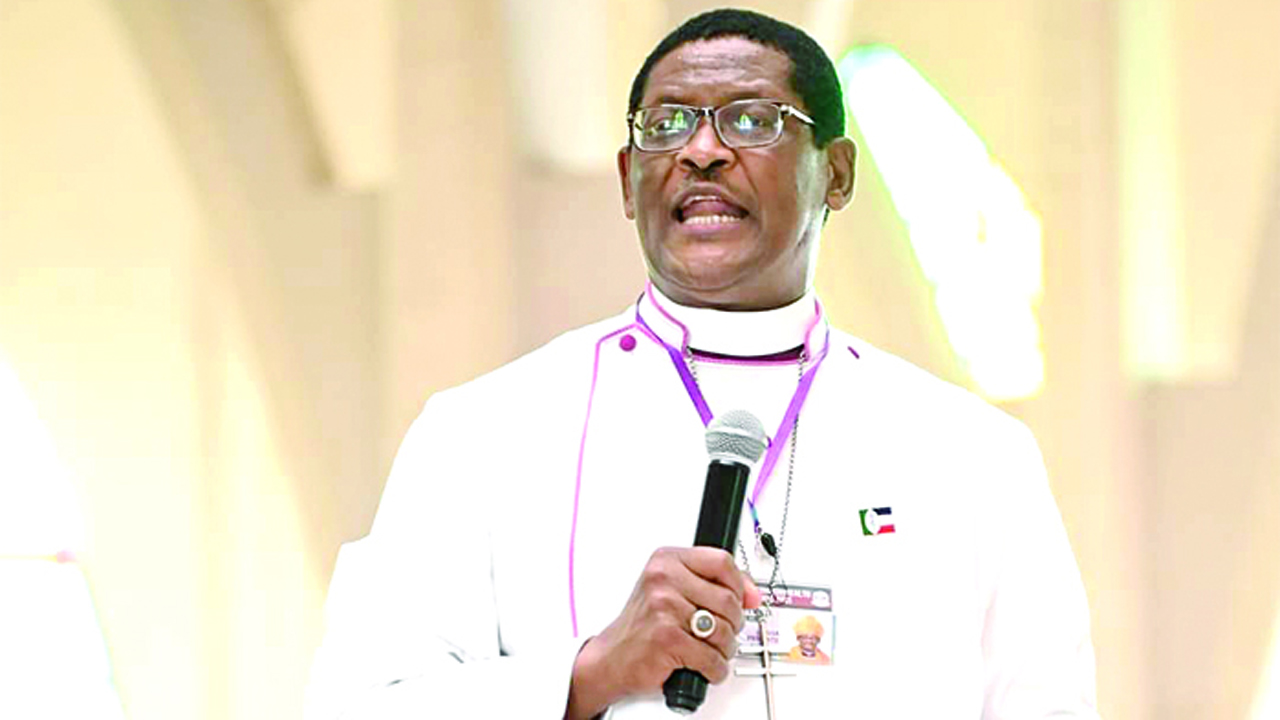 According to him, Nigeria is fast becoming a failed state, but the downward spiral must not be allowed to continue.

Ndukuba, who gave the charge in his address during the 11th Synod of the Anglican Diocese of Abuja Weekend, listed the challenges facing the country as insecurity, a weak economy, and political impunity.

He, however, advised Nigerians, irrespective of religious or ethnic affiliations, to join hands in the collective action to tackle these issues.

“Nigeria is fast becoming a land flowing with tears and blood because the reality of terror, devastation, destruction, and fear is evident. The troubles that come to the people are like the earthquake which was followed by a Tsunami with great destruction and property.

“Our people have lost their homes, livelihood, lives, and property. Parts of this country are in the hands of different warlords, State Governors are incapacitated and unable to secure their States from the insurgents and the Federal Government also seems to be overwhelmed.

“We are constantly under attacks in our nation and in some parts of our Dioceses, churches have been destroyed, our members kidnapped, some people are killed violently by sudden attacks by unidentified gunmen.

“The painful thing is that the dead are not counted and adequate recognition of the evil, made. The trivializing of the sanctity of the lives of Nigerians in their own land is fast becoming a norm,” he said.

As a panacea to these fundamental issues, the Anglican Primate said the urgency of constitutional reform in Nigeria cannot be overstated.

His words: “The history of this country shows that in the different stages of our development and nationhood, several Constitutions were evolved to guide the country.

“While we commend the National Assembly for their efforts at reviewing the present Constitution, we are convinced that what we need is a totally new civilian constitution made by a Sovereign Representation of the Nationalities of this Country.

“This will address the fundamental issues necessary for growing, a united and prosperous nation. We need a new citizen-made national constitution and not the amendment of a military formulated constitution.”

On the state of the economy, Ndukuba warned the Federal Government that remaining within the current debt-to-GDP threshold was unsustainable without dire consequences, noting that about 90 percent of the country’s revenue goes to debt-servicing.

He said, “The current trend of increased borrowing from other countries and international bodies to fund our National Budget is becoming worrisome.

“The country’s rising public debt profile remains of great concern as about 95% of our revenue goes to debt-servicing. This is unsustainable. In addition, it greatly limits expenditures for other critical sectors of the economy, thus hampering growth and development.

“Any external borrowing, which proceeds will end up in individual or party purses for campaigns, is evil and will destroy the economy more.

“We strongly caution against further borrowing and urge the Government to harken to MPC’s advice to seek for alternative, more viable, and efficient infrastructure-financing sources in order to ease our expenditure burden.”

He further challenged the government to show greater political will toward rehabilitating the country’s moribund refineries to enable them to refine the crude into Premium Motor Spim (PMS), diesel and kerosene, and thereby stop the importation of these products and the drain on Nigeria’s foreign reserves by the importations

The Anglican primate noted that the year 2022 was very strategic in preparation for the General Elections of 2023. He, therefore, cautioned politicians against bringing in foreigners from neighboring countries in order to enhance their political advantage.

“The foreigner who has no affinity or stake in this country can do any havoc for the financial rewards he stands to gain thereafter. There is a need, therefore, to guard our national borders against marauders and raiders,” he warned.

Ndukuba, nevertheless, urged all eligible Nigerians to be involved in the political process of the nation, saying politics is a God-given process aimed at ordering the world and society.

“Though some people have hijacked the political processes for their personal agenda politics is not dirty as it was perceived by some people in the past.

“We encourage all citizens to be involved in the political process of our States and Nation Christians should register with any party of their choice and be involved in the activities of the party from the ward level to the national.

“Those who contest for political offices are chosen from the grassroots and ward levels. The Anglican Church must be fully mobilized in the political process throughout this country,” he stressed.