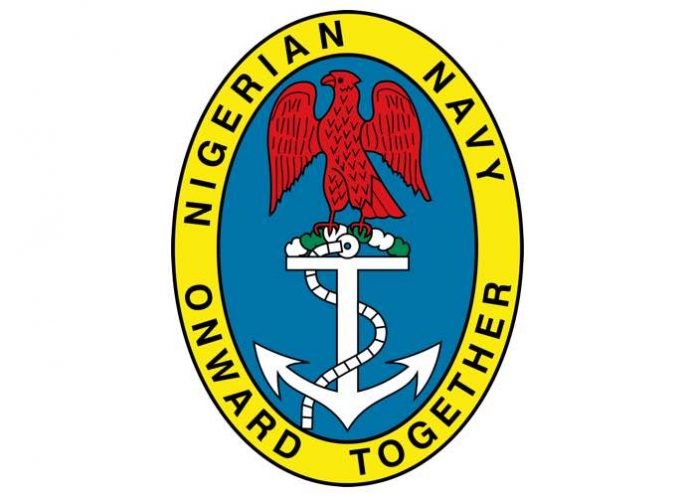 The Nigerian Navy has handed over seven Sri-Lankas, 46 Nigerians and two Ghanaians who were crew members on board seven vessels that were arrested between December 3, 2019, and December 30, 2019, over alleged illegal bunkering, to the Economics and Financial Crimes Commission, EFCC for prosecution.

One of the vessels arrested by operatives of the Nigerian Navy Ship, NNS Beecroft, MT ZEEBRUGGE, in which were the Sri-Lankas, sailed all the way from Morocco to Nigeria, to get the product.

During an interview with Captain of the vessel which was laden with 838 metric tones of crude oil, Yepa KAJ, he simply stated that he was only directed to come to Nigeria to take the product.

Briefing journalists at the handover of the suspects and the vessels which held at the NNS Beecroft’s conference room, Apapa, Lagos, Executive e Officer of the Base, Captain Rafiu Oladejo, who represented the Base Commander, Commodore Ibrahim Shetima, disclosed that 12 vessels had so far been arrested over illegal bunkering and other illegalities between December 2019 and February 2020.

He explained that during the arrest of the vessels that were handed over to the EFCC, none of them had valid approval.

Captain Oladejo explained that “MT Jonko was arrested on December 21, 2019, laden with 450 metric tonnes of crude oil. As at the time she was arrested, she had a crew of 11 Nigerians onboard.

“MV Ekpere Amaka was arrested on December 25, 2019, with 85 metric tonnes of AGO without valid approval. She had a crew of eight Nigerians onboard.

“We will like to state that the Nigerian Navy is committed to keeping Nigeria’s Maritime Environment safe and secured towards enhancing security and economic prosperity”.

Head, Extractive Industry and Fraud Section, EIFS, Idris Abdullai Abubakar, who led a five-man delegation of EFCC officials to take over the vessels and crew members said, the suspects would be charged to court soon.