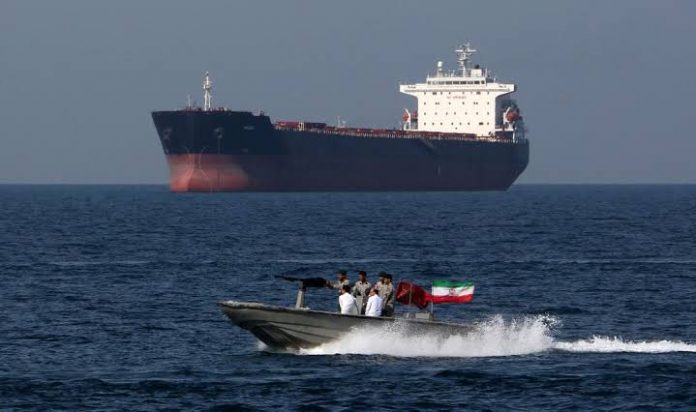 The Nigerian Navy Ship, NNS BEECROFT, has impounded seven vessels involved in bunkering between December 3 and 30 last year, Commander I. A. Shettima has said.

He spoke at a news briefing at NNS BEECROFT, Apapa, Lagos.

“After diligent interrogation and investigation, it was revealed that most of the vessels were en route to neighbouring countries with their illegally acquired products. Specifically, four vessels were going to Ghana, while two were heading for Togo.

“It is pertinent to state that the Chief of Naval Staff, Vice Admiral I. E. Ibas, is determined to fight illegally acquired crude oil and its products from the creeks to the high seas in order to deny the criminals the freedom of action to acquire and sell products to local and foreign clients,” Shettima said.

He added that NNS BEECROFT has also conducted raids on the Atlantic Cove Island, which houses critical national energy asset in which about 250,000 25- litre jerrycans used for illegal syphoning of PMS have been recovered and destroyed.

“If the vandals had been successful in their operations, the cost of stolen PMS would amount to about nine hundred and six million, two hundred and fifty thousand Naira. These illegal activities are the work of unpatriotic and criminally-minded Nigerians and their collaborators,” Shettima said.

He advised people to desist from such illegal activities and pursue lawful means of livelihood, “as the Navy has the range and reach to pound on them any day, any time.”

Shettima said the vessels are in the process of being handed over to the Economic and Financial Crimes Commission (EFCC) for further prosecution.