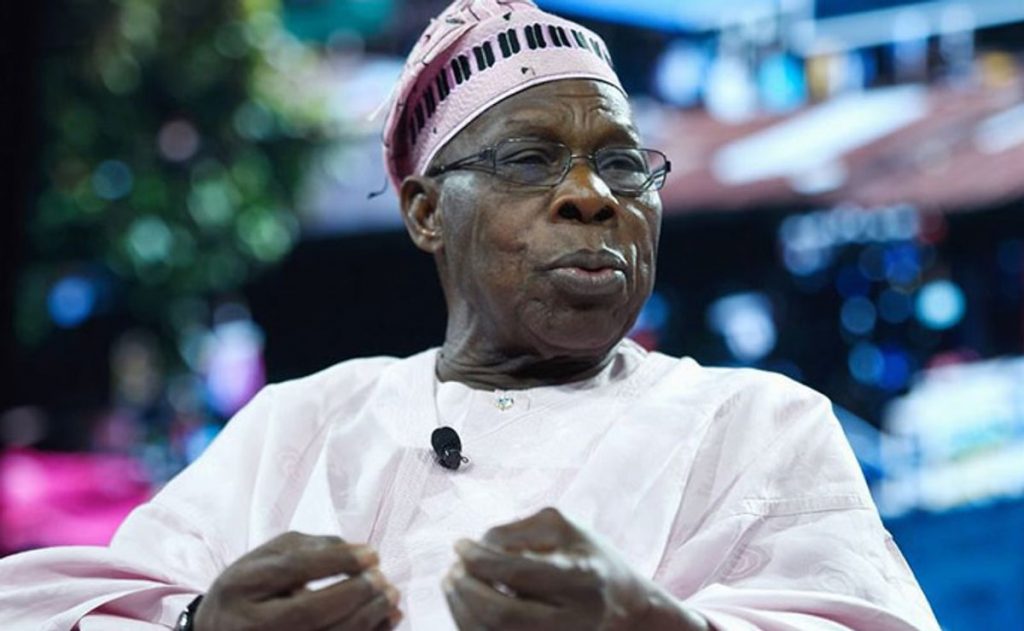 Nigeria’s former President, Chief Olusegun Obasanjo, had warned those agitating for the disintegration of the country to shun the idea in the overall interest of all.

He noted that the country and its people would be better for it if the country remained an indivisible entity.

Obasanjo said this at his investiture as a Fellow of the Nigerian Institution of Surveyors (NIS), organised by the Body of Fellow of NIS, Ogun State chapter, held on Wednesday, in Abeokuta.

The former president said some people are agitating for disintegration because of the present situation of the country which had made many apprehensive.

Obasanjo said: “If there is any Nigerian who does not feel apprehensive on the situation of the country, the person is a human being without being human.

“I am a strong believer of one Nigeria, but not one Nigeria at any cost, but one Nigeria where every Nigerian can feel proud that he or she has a stake in this country.

“I believe that if we talk among ourselves the way we should and if we change the narrative, I believe this is a great country. That we are not making Nigeria what God wants it to be is not the fault of God, but the fault of ourselves, particularly our leaders.

“One thing that gives us strength is our diversity. If all that we have is the Republic of Oduduwa for those who said so, their position is understandable. If that is all we have, members of that country will be diminished compared to be a citizen of Nigeria. Citizens of the Oduduwa Republic or any other republic from Nigeria will be diminished compared to citizens of Nigeria.

“And as a friend of mine in the military used to say then, what will become of the over 300 minorities – the Jukuns, the Gbasamas? Where will they belong? The only reason they can raise up their heads is that they belong to Nigeria. Are we thinking of them or are we are just being selfish? It doesn’t matter what we do, we will still be neighbours.

“I believe it will cost us less to work for our unity, there are many things wrong, but those things are correctable if we make efforts to correct them and hold us together than what it will cost us to break up and be perpetually at war and all our money will be spent in building an army. I know what an army contains, I know what it means to keep an army, an army that may not be productive, let us think about it.”