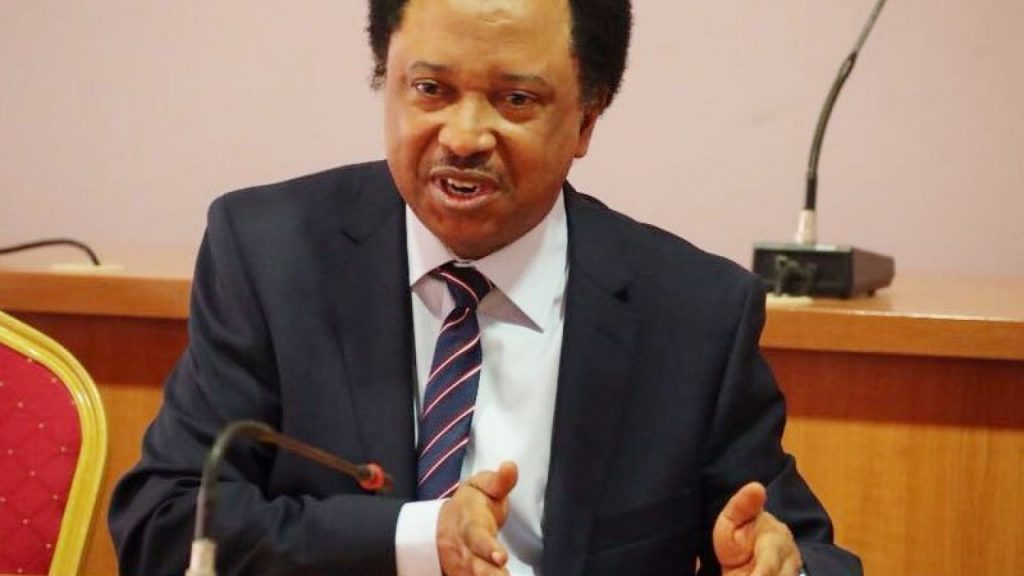 Former Kaduna Senator, Shehu Sani has mocked Godswill Akpabio, the Minister of Niger Delta following the revelation that he was slapped by Mrs. Joy Nunieh, a former Managing Director of the Interim Management Committee, IMC, of the Niger Delta Development Commission, NDDC.

Mrs. Nunieh, during an interview on Monday, had said that she is the first and only woman to have slapped Senator Godswill Akpabio, the Minister of Niger Delta Affairs.

She said this while raising counter-accusations against the Minister who had earlier described her as a woman of bad character.

“I am the only woman in Nigeria to have slapped Akpabio,” she said, detailing the incident when Akpabio allegedly wanted to take advantage of her.

“He [Akpabio] wanted me to take a blood oath of secrecy in Abuja,” Nunieh added.

“My meetings with Akpabio were either in Apo or Meridian, those are his meeting points…so I slapped him… I am accusing Akpabio of sexual harassment,” she said.

Shehu Sani, who represented Kaduna Central Senatorial District in the 8th National Assembly, said it takes a lot of courage on the part of Nunieh to slap a Minister of the Federal Republic.

“Slapping a minister with such sounds as ‘tas’ or ‘tau’ takes a lot of courage,” Sani mocks.

Recall that Akpabio had earlier reacted to corruption allegations made against him by Nunieh, saying the former NDDC MD has character problems.

This was after Nunieh recently made some damning revelations about the Minister and former Governor of Akwa Ibom State on his handling of the Ministry.

Addressing the press after she appeared before the Senate Adhoc Committee investigating NDDC, Mrs Nunieh recounted her ordeal at the hands of the Minister before she was removed as the NDDC MD.

Among other claims, Mrs. Nunieh said, “Nobody makes any payment in NDDC without Godswill Akpabio’s approval. When we first came, on the day of the inauguration, he said to me in the car, ‘Madam MD, if you don’t do what I say, the same pen with which I used to sign your paper is the same pen I’ll use to remove you.

“He said the first thing I should do when I get to Port Harcourt is to change the dollars in the NDDC account. I was scared to do that and he claimed that I have a poverty mentality that I’m afraid of money. All of you knew that he accused me of refusing to spend money. It is strange today, it’s about money.

“After that, he came to Port Harcourt two days after the inauguration and told me that the first thing I should do was to change the dollars.”