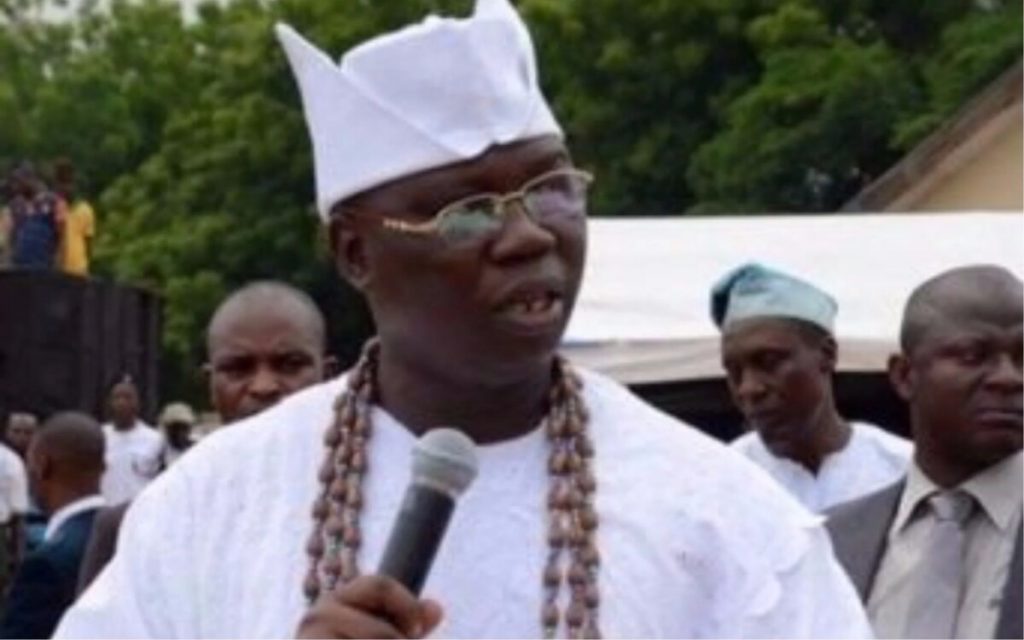 The Aare Ona Kakanfo-in-Council led by Iba Gan Adams has again expressed concern over the rising insecurity in Nigeria.

The body declared that President Muhammadu Buhari has failed to guarantee the safety of lives and property of the masses.

In a communiqué after its meeting, the body told South-West Governors to direct Yorubas to obtain a license to bear firearms.

Signed by Babajide Tanimowo, Atoloye Aare Ona Kakanfo of Yorubaland, the council said it received credible intelligence which indicates “the infiltration of terrorists and killer Fulani herdsmen in the region.”

It cited the revelation that suspected ISIS operatives have positioned themselves in Niger State via Ibarubaland and within the Oke-ogun corridor of Oyo State.

“The intel also revealed that about 500 power bikes and assorted armour belonging to the terrorists have been physically sighted along the abandoned Lusada route moving towards Sokoto, from Igbo-ora in Oyo State.

“The Council, therefore, enjoin all Southwest governors, as well as the Governors of Kwara and Kogi States, to emulate the Governor of Benue State, Mr Samuel Ortom, by directing their citizens to apply for a gun license for self-defence against the marauding terrorists and killer herdsmen.”

It called for an immediate halt to all ethnic and genocidal killings in Nigeria, insisting that no nation prospers on the blood of the innocent.

“President Muhammadu Buhari, rise to the occasion and put a stop to the senseless killings in Southern Kaduna, Benue, Plateau and Taraba States, among others. Stop this senseless bloodletting now.

“The clamour by the Yoruba for an effective and adequate security architecture for the region goes beyond Amotekun or any form of self-help. It is all about the preservation of our heritage as a race, our way of life, our patrimony, our culture and traditions.

“Since 1991, the Yoruba have been clamouring for resource control or restructuring as a basis for equitable co-existence within the Nigerian nation. The clarion calls have gone largely unheeded. Now, our people are sick and tired of the deafening silence they have been receiving overtime.”

The council said for peace to reign, the Buhari administration should embark on an equitable restructuring of federating units before October 1, 2020, based on the recommendations of the Yoruba Submit Group at its meeting held in July.

It condemned alleged attempts by the government to “smuggle the rejected RUGA policy with its toxic provision to annex the ancestral lands of indigenous people with the active connivance of the 9th National Assembly.”

The communique also condemned “the outrageous intention” of the government to mortgage the ports in Lagos to China for a needless credit facility.

Reiterating that the unity of Yorubas within and in the diaspora is non-negotiable, the council urged the region’s leaders and stakeholders to bury personal ambitions and close ranks.