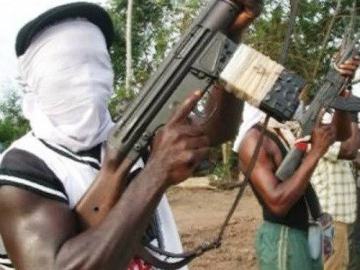 A groom, Mr Ebikabowei Oporoza, who was kidnapped alongside the Vice President of National Association of Ogulagha Clan Students (NAOCS) have regained their freedom.

Four other kidnap victims were also set released by the abductors about 9pm on Saturday night.

Mr Oporoza and his bride were returning from Egoro-na-oka in Esan West local government area in Edo state, after their traditional marriage rites when they were attacked about 5pm on Wednesday.

Daily Report Nigeria had reported they were attacked along the Benin-Agbor road, with the kidnappers shooting the Mrs Oporoza and another male occupant of the vehicle they were traveling in.

The victims were released after a yet-to-be undisclosed ransom was paid on Saturday.

The kidnappers had earlier demanded for ₦10 million ransom for the release of each victim.

Lady With Multiple Identities Nabbed By NDLEA For Trafficking 296,000 Tabs Of Illicit Drugs