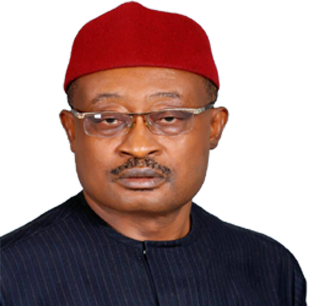 In a statement released to the media, Dr Odikpo, an Onicha-Olona born Party Chieftain and Member, Federal Governing Board had this to say:
“The defection of our brother and now Comrade in Arms, Distinguished Senator Peter Onyeluka Nwaoboshi is the most appropriate, shrewd and defining moves made in the Delta State political space, and it is exciting that the All Progressives Congress stands as the beneficiary in the immediate and long-term.

The recent hullabaloo raised by the PDP is nothing more than the cry of a beaten proud man. Distinguished Senator Peter Onyeluka Nwaoboshi is not only an consumate politician with rich timelines, he is one man whose solid structure, influence and pedigree can’t be underestimated across the state.

He was the founding Secretary, two-time state Chairman of the PDP as well as a former member of the State Executive Council and a ranking distinguished Senator. He is undoubtedly, one of the key political heavy weights in the Senate as two-time Chairman of NDDC Committee, his politics touches regional and national limits.

At this point, we must score the Progressives in Delta State very high, because the tide is gradually turning and heralds the wave of liberation to our shores.

We commend and applaud the Deputy President of the Senate, HE Senator Ovie Omo-Agege for the instrumentality of his foresight in this development, even as we also give a well-deserved thumbs up to the State Party structure through its Chairman, Prophet Jones Erue-Ode for concerted efforts.

The statement was concluded with a charge to party chieftains to team up with one another to ensure a smooth ride of this wave beyond the coming Congresses to anchor at the Government House in 2023.

“Henceforth, we must therefore work as members of one club, group, team and family to steer the Ship of Change come 2023 by the grace of God”.