The Nigeria Railway Corporation (NRC) has suspended the train services on the Lagos, Abuja, and Ajaokuta routes over safety concerns. 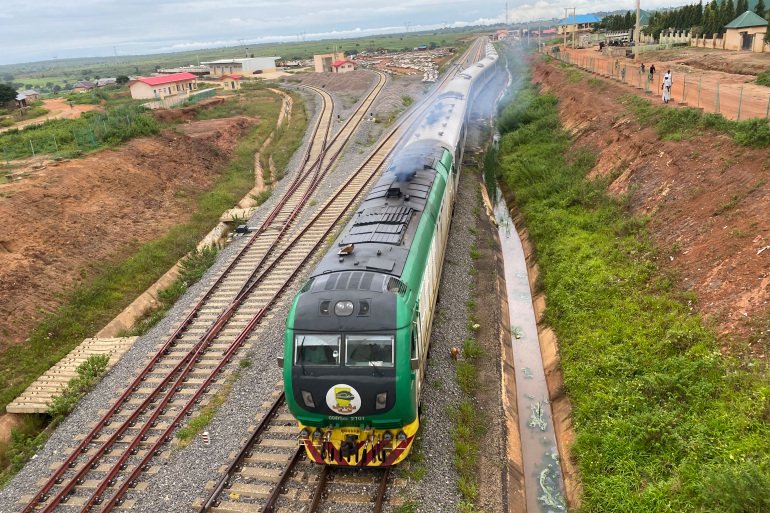 The Managing Director of the NRC Fidet Okhiria confirmed this to Channels Television on Wednesday. He said this followed a report of an attempted kidnapping of passengers that left the Ajaokuta Station by road on their way to Abuja.

According to him, the passengers and their vehicles were shot at in the process but he said they escaped from the attackers.

Okhiria explained that the passengers have been advised to use any of the adjacent stations in Itakpe (north) or Itogbo (south) until the security situation in the area improves.

The NRC MD said the Warri-Itakppe train service is still on as the train left Warri this morning on its way to Itakpe.

“Similarly, in compliance with the Honourable Minister’s directive, the Abuja to Kaduna passenger train service remains suspended until all the passengers held hostage as a result of the train attack by the bandits are completely released to their relations and the additional security system is put in place to avoid reoccurrence,” the NRC said in another statement issued by the organization.

“In addition, the Lagos to Kano Express passenger train will not resume operation following suspected bandits’ presence along the Minna to Kaduna rail corridor in the North Western district of the Corporation.”

The statement came just hours after five more kidnapped passengers of the ill-fated Kaduna-Abuja train were released by their abductors.

With the recently freed victims, the number of released passengers has now swelled to 37. As of now, 35 persons are still in captivity.

But it is unclear if any ransom was paid for the recently released persons.