Why We Are Yet To Designate Bandits As Terrorists – FG 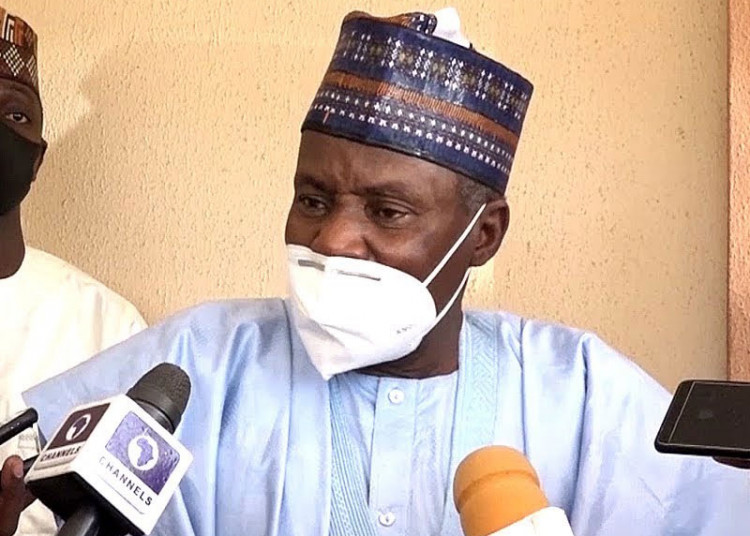 The Minister of Defense, Bashir Magashi, has explained that despite calls to designate bandits as terrorists, the Federal Government is yet to do so because it is still reviewing and following all the required procedures.

Mr Magashi said this while responding to questions from journalists in Maiduguri, the Borno State capital on Friday when he led service chiefs to receive an operational brief from the headquarters of the theatre command Operation Hadin Kai.

He assured the Theatre Commander and other principal officers that the Commander in Chief of the armed forces has provided all that is required to execute the war against insurgency in the northeast and other troubled areas like the northwest and the southeast.

The Federal Government formerly approved the proscription of Boko Haram as a terrorist group in 2013, while the Indigenous People of Biafra (IPOB) in the southeast was proscribed in 2017.

On the position of the bandits in the northwest Magashi says: “there’s a procedure in doing that, once the procedure is followed, they may be classified as terrorists but we are waiting for the procedure to be completed.”

Many persons, including Kaduna State Governor, Nasir El-Rufai, have called for the bandits to be designated as terrorists as attacks in the North-West and North-Central proliferate.

In September, the Senate had also urged President Muhammadu Buhari to declare them as terrorists.

The federal lawmakers also asked President Buhari to declare all the known leaders of the bandits wanted and track them wherever they are for arrest and prosecution.