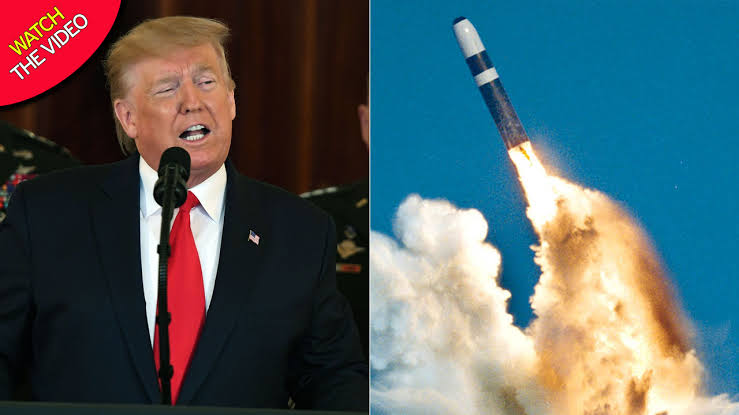 Sirens were sounding inside the Green Zone. Police sources told Reuters at least one of the rockets fell 100 metres (yards) from the U.S. Embassy.

There was no immediate claim of responsibility.

Iran launched missiles at U.S. forces in Iraq overnight in retaliation for the killing by the United States last week of Iranian General Qassim Soleimani, raising concern about a wider war in the Middle East.

What we’re learning about where the missiles landed

In addition to the missiles that hit al-Asad airbase to Baghdad’s west, missiles also struck multiple locations near Erbil.

Local security officials say the strikes targeted Harir Air Base, some 60 kilometers (37 miles) northeast of Erbil, and Gazna, a training camp for coalition forces just outside the Erbil airport. The camp was formerly a US base.

A large poster memorializing Abu Mahdi Al-Muhandis could be seen in Baghdad’s Green Zone on Thursday. Muhandis, deputy leader of the Iraqi Popular Mobilization, an Iran-backed militia, was killed alongside Iranian general Qasem Soleimani in a US drone strike last week.

Iran-backed Shiite militia Asaib Ahl al-Haq has called on Iraq to retaliate for Muhandis’ death. The media office of its leader, Qais al-Khazali, posted the following statement on Twitter on Wednesday:

“The Iraqi response will not be less than the size of the Iranian response, and this is a promise,” Qais al-Khazali also said.

The Green Zone is an area of Iraq’s capital city where the embassies for the US and several other western countries are located. It was initially carved out of central Baghdad by US-led forces after their invasion of Iraq in 2003 and is largely viewed as a safe location, despite frequently being the target of rocket attacks.

The US government has increased scrutiny of travelers and cargo bound for the United States by making a revision to an alert system used to notify officers of those who may need additional screening amid rising tensions with Iran, according to sources familiar with the change.

On Sunday, a flurry of social media posts surfaced with accounts of Iranian-Americans stuck at the US-Canada border in Blaine, Washington. The incident, which is now under review by the Department of Homeland Security’s Office for Civil Rights and Civil Liberties, quickly gained national attention as immigration advocates accused CBP of detaining Iranian-Americans based on their Iranian descent. It’s unclear when the agency made changes to an internal alerts system and whether that contributed to why individuals were pulled aside for additional questioning.

The Department of Homeland Security issued a security bulletin regarding Iran on Saturday, saying the department “is operating with an enhanced posture and various operational components are taking protective measures where prudent and necessary.”

CBP has repeatedly said that it did not instruct officials to detain Iranian-Americans or refuse people entry into the US because of their country of origin. Revisions to the alerts system, however, are not distributed through a directive or memo, according to an agency official.

Top Iraqi Shia cleric calls for his militias to stand down

Iraq’s leading Shia cleric Muqtada al-Sadr called for his militias to stand down on Wednesday night, following President Trump’s address in which he urged for de-escalation in the region.

“This crisis is over, especially after Trump’s speech and the Islamic Republic’s speech,” al-Sadr said in a statement posted on Twitter.

On Jan. 3, al-Sadr ordered his previously dismantled militia, the Mehdi Army, to regroup to “protect Iraq” after the death of Qasem Soleimani. In his statement on Wednesday, al-Sadr asked his militias not to take action.

“I call on the Iraqi factions to be patient, not to start military action, and to silence the voice of militancy from some of the disciples until all political, parliamentary and international methods are exhausted,” al-Sadr said.