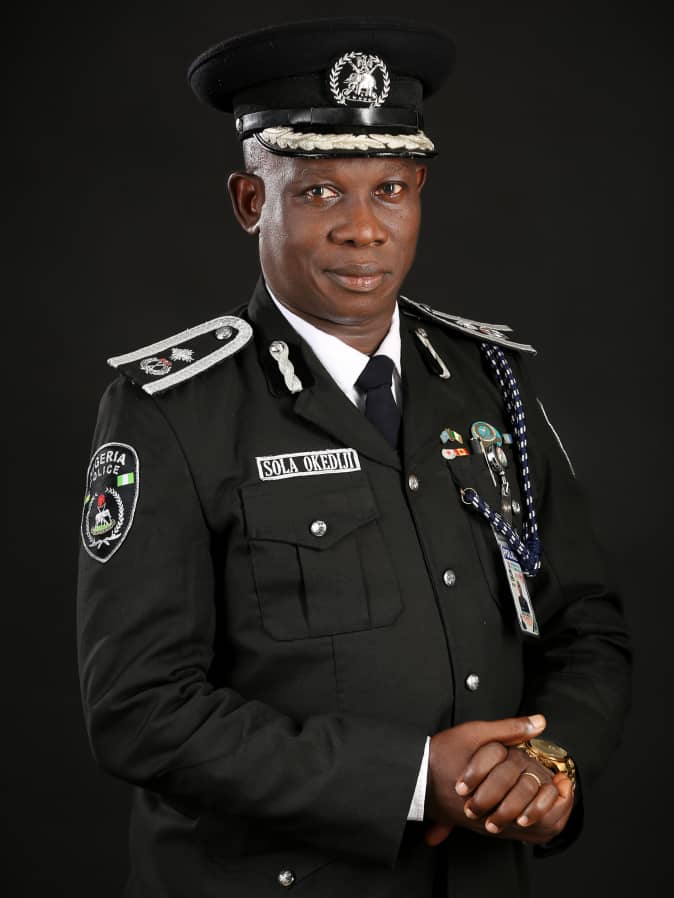 The Nigerian Police Force has been counselled to consider as a matter of urgency the introduction of exceptional efficiency in the utilization of Police officers to achieve optimum development in the Force.
The Commissioner of Police of the Federal Capital Territory (FCT), Mr. Bala Ciroma stated this at the reception for his outgoing Deputy Commissioner of Police, Pastor Olusola Felix Okediji who was decorated as Commissioner of Police in Abuja.
Mr. Bala said he was speaking to the guests of Okediji with mix feeling because he was going to miss one of the finest officers he has ever worked with because “Okediji is part and parcel of our success story in the FCT command.
He suggested to his boss, the Inspector General of Police, Mr. Mohammed Adamu that he give Okediji a command where he can showcase his management prowess and move the Nigerian Police to the next level.
The Corps Marshal of the Federal Road Safety Corps, Dr. Boboye Oyeyemi who was the chairman of the reception sent in words that although they celebrate the new CP, he should know that promotion means more hard work.
Former Commander of the Nigerian Training Command (TRADOC) Minna, Major General (Rtd) Bola Koleoso who spoke on behalf of Okediji’s classmates at the Ibadan Christ Apostolic Grammar School expressed disappointment with Nigerian citizens who were in the habit of bringing down the Nigerian Police Force stating that the Force has performed well both within and outside the Nigerian shores.
General Koleoso said his classmates are celebrating Okediji who we call OKE BOBO in school because he changed our views of anyone joining the police Force.
Special Adviser to the President on Media, Femi Adesina who spoke on behalf of his colleagues at the old University of Ife said his colleagues thank God for taking him this far in the Police Force. It was learnt that Okediji used to represent the Student Union in his University days at the Student Police Relations Committee and nobody expected him to end up being a Police officer.
The entire management team of the FCT Police Command was at the reception for CP Okediji who was the DCP Finance and Administration of the FCT Command, a position he also held at the Nasarawa Police Command before the FCT appointment.
CP Okediji awaits his next postings with 39 other newly promoted CP’s.
Pastor Okediji of the Redeemed Christian Church of God who had served as DCP in Nasarawa State was in charge of the recruitment of Constables for the Police in Calabar last year, and had served as Area Commander (ACP) in Kwara and Kogi States before his FCT positing. He got into the DCP Inspectorate cadre as Officer of Headquarter Training and Development Department.
He was of the famous Millennium Graduating set of lawyers of the Law School, Bwari in 2000 after finishing law at the University of Ibadan in 1999. He read English at the Obafemi Awolowo University and graduated in 1985.
Mr. Okediji had served and studied in many foreign positions including Kosovo in 2006; Stabilization of Police Units Senior Management Course in Italy and at the famous Kofi Anan Centre in Accra, Ghana.
Pix shows CP Okediji, his wife Doyinsola and Rev Olatunji.