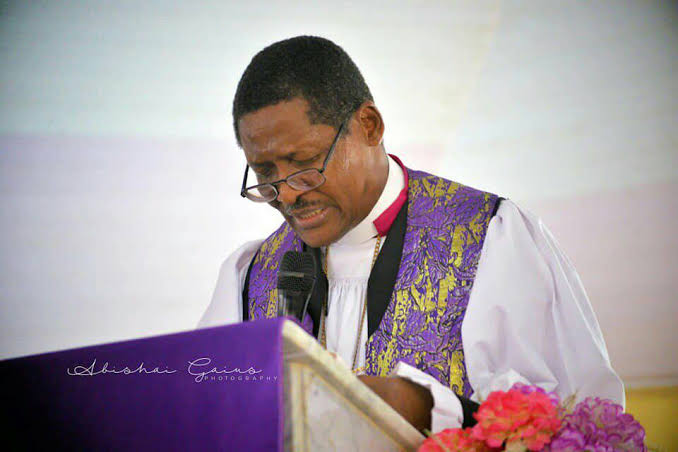 … Calls for A Sovereign National Dialogue

The Archbishop Metropolitan and Primate of the Church of Nigeria Anglican Communion The Most Rev Henry Ndukuba has taken a hard look at the deplorable insecurity in Nigeria and declared: ” Nigeria is at the brink of becoming a failed State and we are not too far from Somalia”

” The arrogance and imposition of Armed Cattle Herders or any other ethnic nationality and the religious colorings in our national life is worrying “
He made this known in his opening address to the participants at the Standing Committee Meeting of The Church of Nigeria Anglican Communion holding in Onitsha.
Primate Ndukuba therefore called for urgent “new comprehensive Sovereign National Dialogue by all the Ethnic Nationalities and Regional representatives ( apart from Legislators) to discuss all issues troubling this nation”.

He bemoaned the trivizlising of the the sanctity of the lives of Nigerians in their own land which ” is fast becoming a norm”.

He declared ” We live in a very uncertain times, insecurity and devastation. Our people have lost their homes, livelihood, lives and property. We are constantly under attacks in our Nation and in some parts of our Dioceses. Churches have been destroyed, our members are kidnapped, some people are killed violently by sudden attack unidentified gunmen.

“The painful thing is that the dead are not counted and adequate recognition of the evil made.”
He said it became more worrisome when this rampant killings were prevalent in communities that were predominantly Christians in some parts of the Northeast Taraba State, Northwest Kaduna State and North Central.

He also noted that the constant siege on communities in the Southern parts of Nigeria needed to be put in check immediately.
Primate Ndukuba proffering solution emphasized on the urgent for the Federal Government of Nigeria to convoke Sovereign National Dialogue that would look on the lop- sidedness in the implementation of some National Policies and Federal appointment favouring Muslim and Fulani which he said ” is troubling”.

He went on: ” The issue of Justice, Equity and Equality of Citizens in a free and democratic society remains an issue that must be openly and frankly discussed, legislated and implemented for the survival of this nation.”

Primate Ndukuba said it had become imperative that Nigerians deserved ” a New Nigeria for all citizens where resources are judiciously distributed for the good of all”.
Talking on how to check the wave of insecurity in Nigeria , the Primate called on the government to declare a state of emergency for six months saying the period should be for amnesty to mop up all illegal arms voluntarily surrendered by individuals and groups.
Also, he counseled that the National borders must be professionally manned to prevent influx of aliens, guns and ammunition.
To achieve this the Federal Government should put in place ” and implement a very stringent Gun Control policy” saying ” a situation where a Herdsman carries an AK47 gun and moves freely in civilian communities must not be tolerated”

Primate Ndukuba commended President Muhammadu Buhari for the appointment of the New Service Chiefs of the Nigerian Armed Forces and congratulated the new officers.
He urged them to face their task with determination and “focus to bring an end to Banditry, Kidnapping and general insecurity in the country”.

The Standing Committee Meeting of the Church of Nigeria Anglican Communion takes place every six months. It is the highest policy making body of the Church with members made up of all the Archbishops, Bishops representatives of Priests and Laity.
This February meeting is taking place at All Saints Cathedral Onitsha.