Bishop Onuoha Urges Attitude Of Thanksgiving As Bishop Okeke Gives Thanks For Consecration. 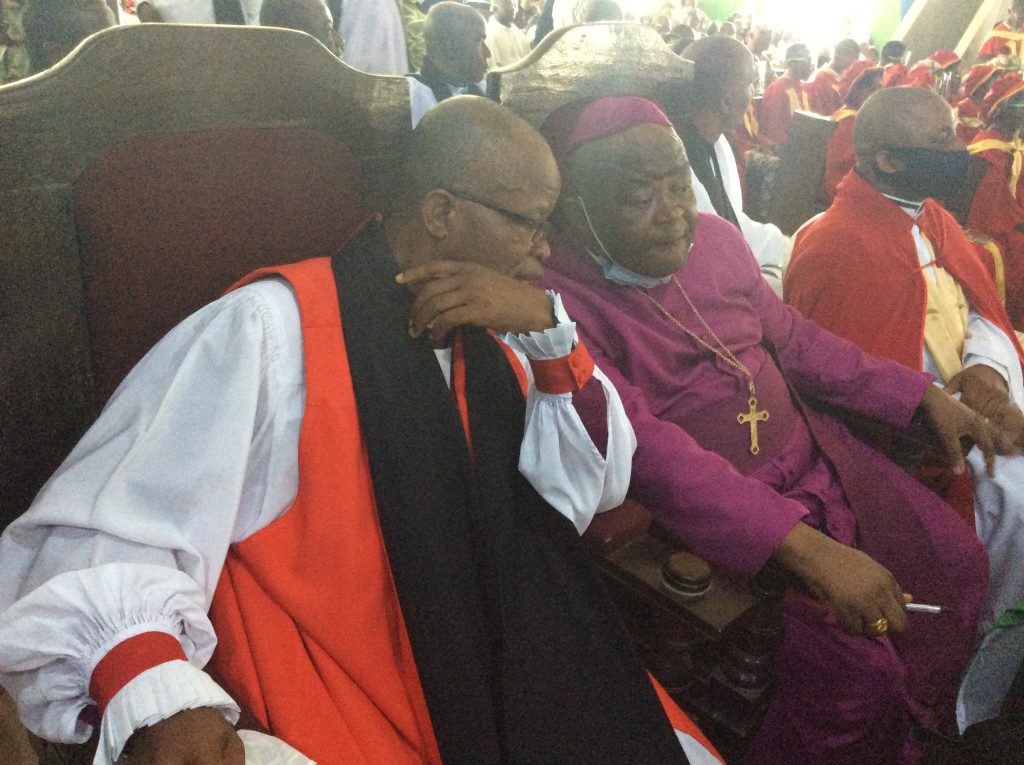 The Archbishop-Elect of the Province of Owerri and Bishop of Okigwe South Diocese, the Most Rev. David O. C. Onuoha (DOCO), has said that God requires an attitude of constant thanksgiving from people as he shows favour to them.

The Archbishop-elect, who preached on the text, Psalms 92:1 “It is good to give thanks to the Lord…”, at the Consecration Thanksgiving Service of the new Bishop of Orlu Diocese, the Rt Rev. Benjamin Okeke and wife, Nneobioma Uloma Okeke, held recently at All Saints Anglican Church Amaifeke, Orlu, highlighted that God changed the curse placed on man to blessing because of the cheerful sacrifice of thanksgiving by Noah. Regretting that instead of a thankful life to God, some celebrate their success in negative ways, thereby incurring the wrath of God, instead of His blessing, he urged the people to see good things and blessings of God in their lives and continually give thanks to God. “Nigerians should not always complain, but cultivate a culture of thanksgiving and be blessed more,” he said. 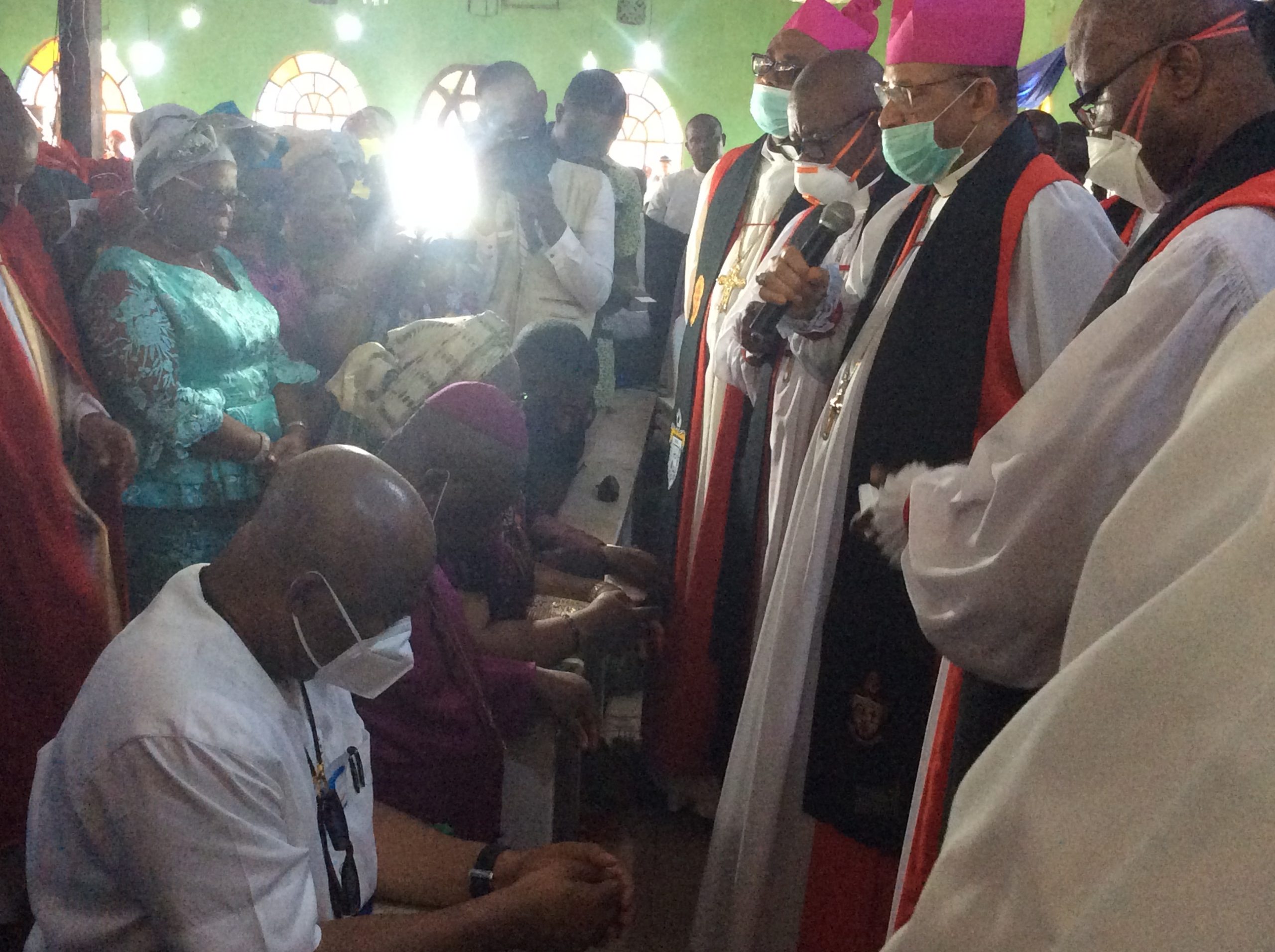 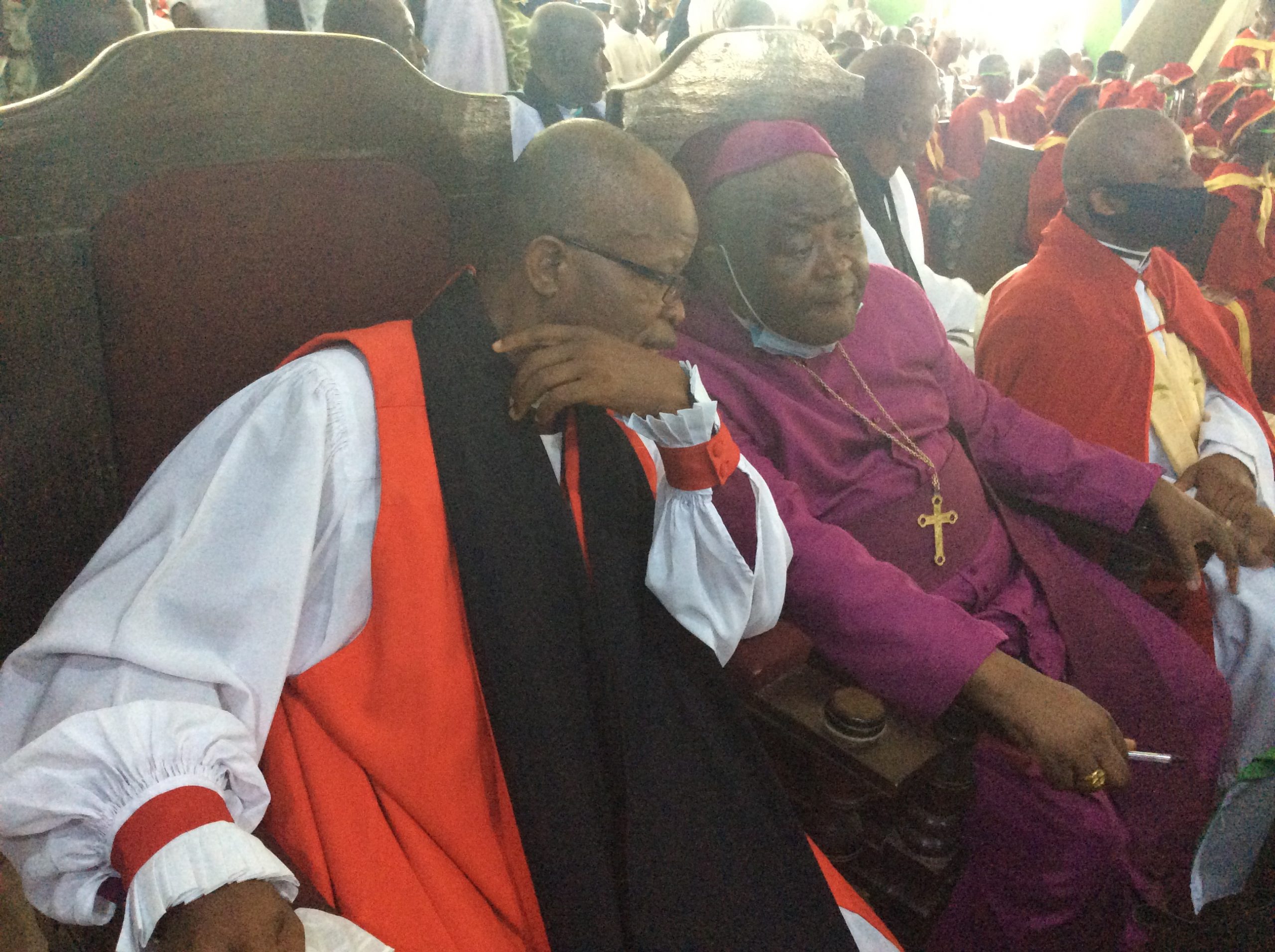 Noting that the Primate of the Church of Nigeria, the Most Rev. Henry Ndukuba, the Governor of Imo State, Senator Hope Uzodimma and the Bishop of Orlu all hail from Orlu, he bid the people to be thankful to God, who alone can raise men up.

Bishop Onuoha, who became the Assistant Episcopal Secretary of the Church of Nigeria from his first year of consecration about 15 years ago, and then the Episcopal Secretary till date, said that the election of Bishop Okeke was very unique as all four bishops who were allowed to nominate, separately nominated only him. This, he said, could only be the Lord’s doing and should not be taken for granted. He enjoined the new bishop not to be distracted by any side attraction as it is not the beginning, but the end that really matters. He should, as thanksgiving to God, let his light shine as he endeavours to be accountable to God and insists on moving with the presence of God as Moses. The Archbishop prayed for the new bishop to keep looking unto God from the beginning to end and never destroy what he builds before he goes.

Emphasizing that God is to be thanked and praised by letting our lights so shine before men so that they see our good works and praise God, the preacher also counselled the Governor of the State, Sen. Hope Uzodimma, who was seated in the congregation, to talk less and do more, so that people would see his works and glorify God.

Addressing the congregation later, the State Governor, promised to drink from the fountain of wisdom in the counsel given to him in the sermon and do his best for development of Imo State. Governor Uzodimma, who attended the event with a very large entourage which included the Deputy Governor, Speaker, Ag. Chief Judge, Deputy Speaker, Secretary to Government, Chief of Staff and Deputy, Head of Service, all Commissioners and Special Advisers in Imo State, said he had been intimate with the new bishop from the time he was ordained Deacon in 1991 and that he had always prayed for him and offered him spiritual counsel and encouragement in his political career. The Governor gave the bishop a gift of a Toyota Land Cruiser Prado Jeep 2020 model. A 4-Matic Mercedes Benz Jeep was also presented to the new bishop by his home church and community.

The thanksgiving service was attended by all the Anglican bishops in Imo states, clergymen from different parts of the country, including the Rector of Ibru Centre Agbarha-otor, traditional rulers, politicians including the Chairperson of Orlu LG, some Senators and House of Reps members, academics and the cream of the society.