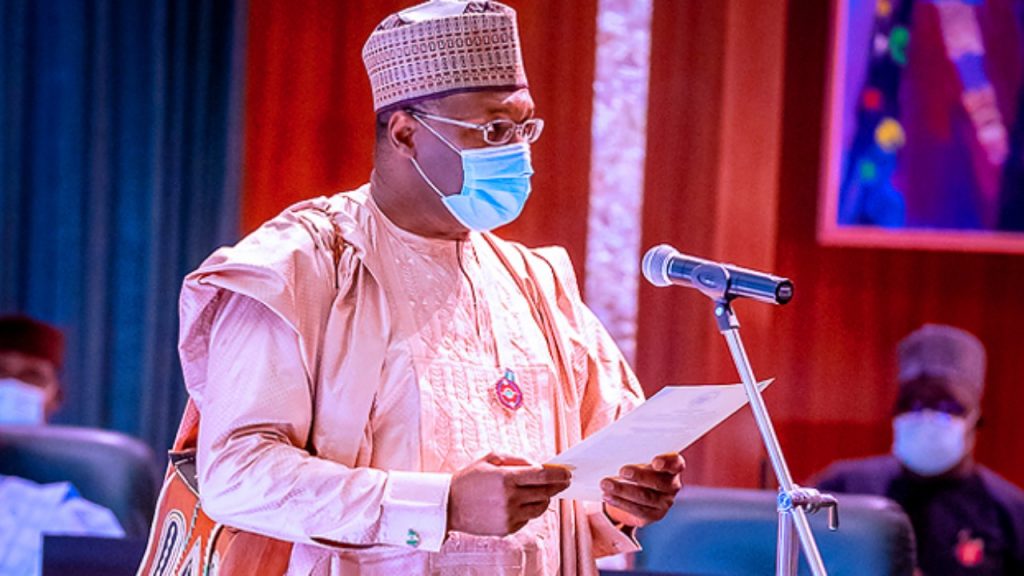 The Chairman of the Independent National Electoral Commission, INEC, Professor Mahmood Yakubu, has been sworn in for a second term.

Yakubu was sworn-in at the Council Chambers of the State House, on Wednesday.

Speaking at the event, Yakubu said elections in Nigeria were getting better.

On his confirmation by the senate, the INEC boss described it as a “privilege.”

He promised to carry out his duties in line with the “oath of office” he swore.

“It is a big responsibility. It is history. No Nigerian has been so privileged to serve as chairman of the Independent National Electoral Commission twice,” he said.