I Look Forward To When Hard Work Will Be Rewarded In Nigeria, Says Nigeria-Born Canadian Minister 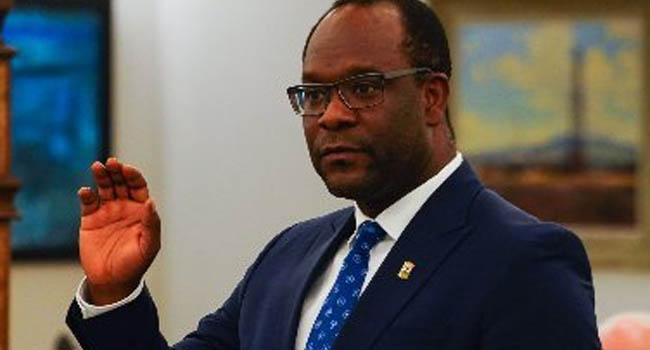 Nigeria-born Kaycee Madu who was recently appointed as Minister of Justice and Solicitor-General of Alberta in Canada is looking forward to a day when hard work and merit are rewarded in Nigeria and Africa.

In a tweet on his handle on Sunday evening, Madu who studied Law at the University of Lagos before moving to Canada in 2005, also thanked Nigerians, both home and abroad, for their support and wishes.

“Thank you for all the support and prayers coming from Nigeria and Nigerians in the Diaspora,” he tweeted.

“I look forward to the day when Nigeria and Africa become places where hard work and merit are rewarded. Chukwu Gozie!”

Thank you for all the support and prayers coming from Nigeria and Nigerians in the Diaspora. I look forward to the day when Nigeria and Africa become places where hard work and merit are rewarded. Chukwu Gozie! 🇳🇬 🇨🇦 #ableg #cdnpoli

He made history as the first African to be appointed as a Minister of Justice in the Canadian province of Alberta and had previously worked as the Minister of Municipal Affairs.

Madu who was called to bar in the early 2000s is said to have left the country – alongside his wife – to Canada where they have been practising.

His most recent appointment  – on Tuesday last week –  has been eliciting reactions from many, both locally and internationally.

Last week, President Muhammadu Buhari described the development as “landmark and historic,” saying it once again pedestals people of Nigerian descent as go-getters, who distinguish themselves in different walks of life.

The President added that, as the first Black Justice Minister and Solicitor-General in Canada, Madu has written himself into history books, and urges Nigerians, both at home and abroad, to remain good ambassadors of their country.

For the Premier of Alberta, Jason Kenny, Madu is a “trailblazer” whom he is pleased to see in “our team.”

“From the beginning, Kaycee’s story has been absolutely inspiring to all of us,” he said. “Now he is writing the next chapter as the first Black Justice Minister in Canadian history.”