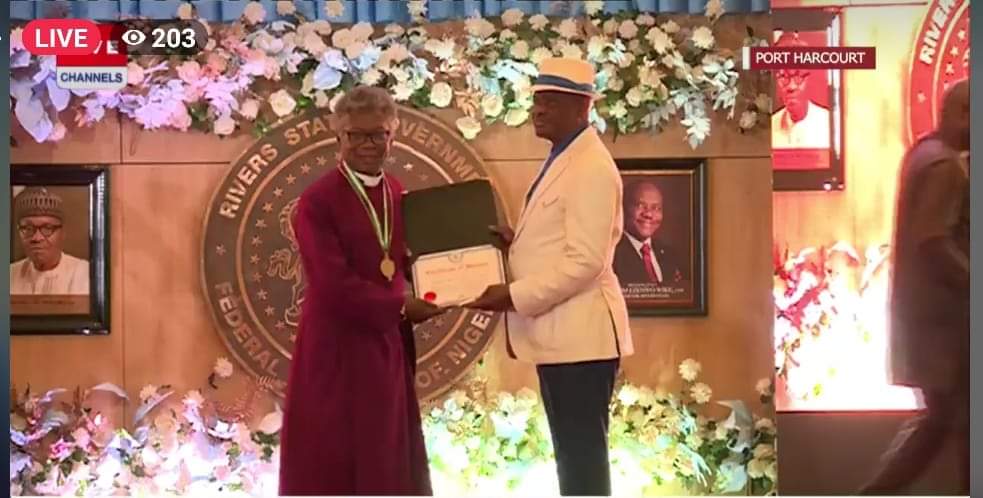 The Vice chairman of the Management Board of the ACNN and the Archbishop of the Ecclesiastical Province of Niger Delta and Bishop of the Diocese of Ikwerre, Church of Nigeria ( Anglican) Communion, the Most Rev. Blessing C. Enyindah, Ph.D, Jp, Amp, DSSRS was among Eminent Rivers State Sons and Daughters honoured with the award of DISTINGUISHED SERVICE STAR OF RIVERS STATE, DSSRS, the second highest award of the State on Saturday, December 3rd,2022 by the State Government.

The award was conferred on him by the Executive Governor of the State, His Excellency Chief Bar. Nyesom Ezenwo Wike CON, GSSRS,POS Africa at the Banquet Hall Government House, Port Harcourt. 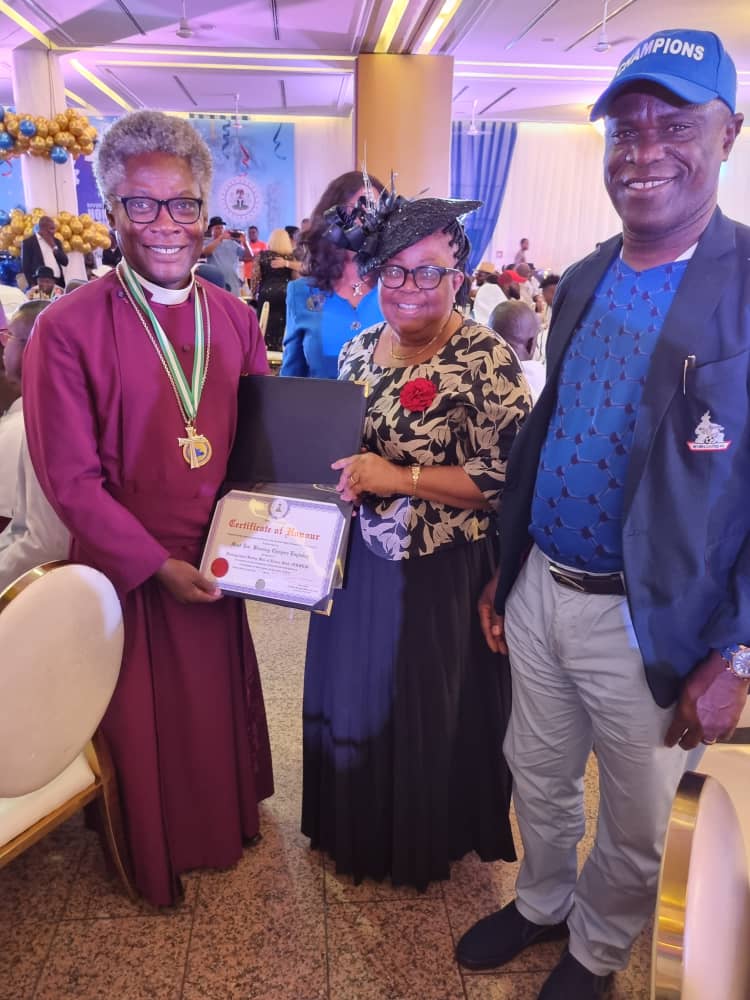 Commenting on the person of Archbishop Blessing Enyindah, people remarked that the Archbishop deserves the honour done him by the Rivers State Government. He is a true son of the state whose services was first noticed when he served as the Travelling Secretary of the Scripture Union Nigeria in Portharcourt Area, covering the Old Rivers State ( now Rivers and Bayelsa states) and Regional Cordinator covering Old Uyo Region ( covering Akwa Ibom, Bayelsa, Cross River and Rivers State.

And now as the Bishop of the Diocese of Ikwerre and the Archbishop of the Ecclesiastical Province of Niger Delta, Church Nigeria (Anglican) Communion, many Christians in Rivers State and beyond today owe their Christian faith to the evangelistic activities of the Archbishop. He is respected as a humble, dynamic, consistent and faithful Christian leader whose works has impacted on the people of the State. He was commended on his uncompromising stance on truth and Christian values for the development of the state.