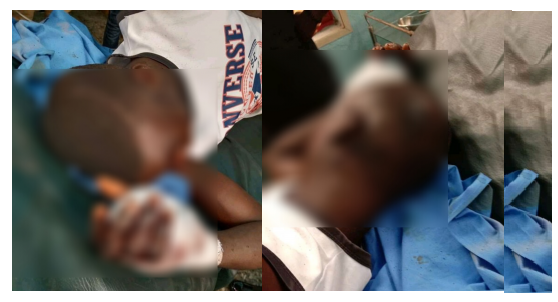 SaharaReporters learnt that the herdsmen attacked the family on Friday after which they were rushed to the Federal Medical Centre in Yenagoa, the state capital.
Suspected Fulani herdsmen have attacked a farmer and his son with machetes in the Otuoke hometown of former President Goodluck Jonathan, leaving both in critical condition.

The two victims are presently being treated in a government hospital.

SaharaReporters learnt that the herdsmen attacked the family on Friday after which they were rushed to the Federal Medical Centre in Yenagoa, the state capital.

The Ijaw Youth Council, which got wind of the herdsmen’s attacks, reportedly rushed the duo for medical treatment.

The IYC Central Zone Chairman, Clever Inodu, said the young boy and his father from the Otuoke community were attacked and “brutally butchered by herdsmen along the new Otuoke Road.”

A source told SaharaReporters that the herdsmen had been causing trouble in several Ijaw communities and the IYC was planning a meeting between its executives and the Miyetti Allah Cattle Breeders Association of Nigeria to seek a solution.

“The nonchalant attitude of FMC in attending to the patients we took there is another side of the discussion. The IYC made a lot of financial and physical interventions to ensure that the boy and his father are both responding to treatment,” he said.

“There have been complaints over the last one month about the activities of the herdsmen in the communities. We have been monitoring their activities. There will be a meeting of stakeholders of the IYC and the MACBAN in Bayelsa State by next week.

“We have tried to calm down the youths to prevent a reprisal and to tell them that we are on top of the situation,” an IYC official added.

Only last week, suspected Fulani herdsmen also abducted and killed a resident of Igbo-Ori in the Yewa community of Ogun State, Ajoke Ishola, dumping her corpse behind former President Olusegun Obasanjo’s farm in the area – around Oke-Ori community.

It was gathered that Ishola was abducted last Monday around 11 am and was later found dead by her neighbours.

This happened a week after cows of Fulani herders strayed into the compound of Nobel laureate, Prof Wole Soyinka’s residence in Kemta Estate, Abeokuta, an incident which the police denied, describing as “one or two cows.”