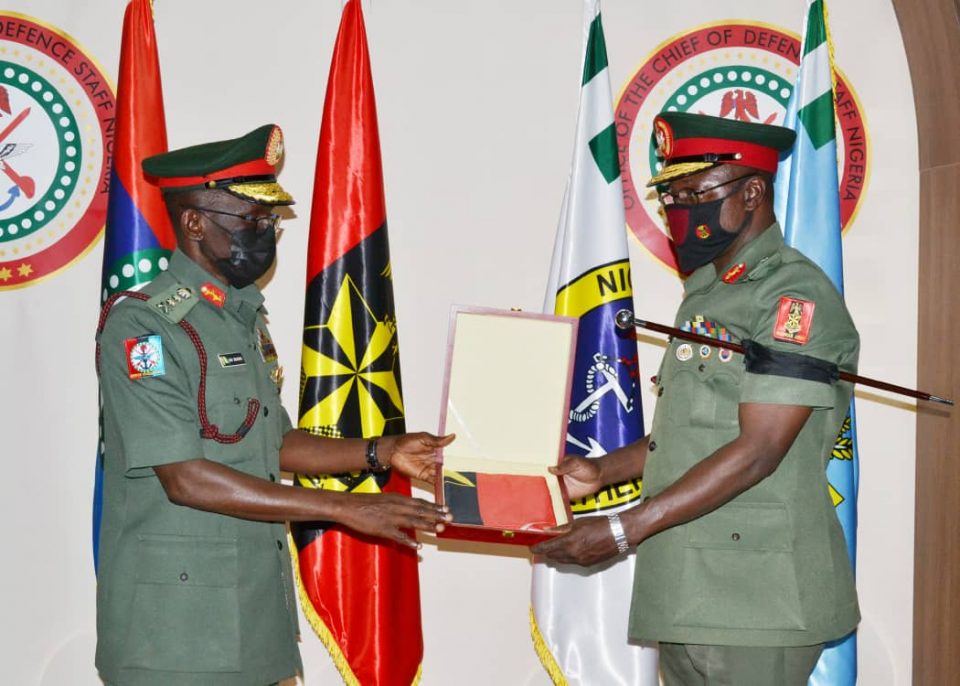 Yahaya was appointed COAS following the death of Attahiru and 10 other military officers in a plane crash in Abuja on May 21.

He was today hosted by Irabor at the Defence Headquarters (DHQ), Abuja after assuming the duty of COAS.

According to Brigadier General Onyema Nwachukwu, the Acting Director Defence Information, “The CDS congratulated Maj Gen Yahaya on his appointment as the 22nd COAS, describing it as a well-deserved appointment. The CDS also wished him a successful tenure in office as he assumes command. General Irabor further urged the new COAS to build on the legacy of his predecessor, particularly in the fight against insurgency and banditry.

“The COAS was accompanied on the visit by the Chief of Policy and Plans Headquarters Nigerian Army, Maj Gen Benjamin Ahanotu.

“Highlight of the visit was the CDS’ presentation of Nigerian Army flag to the new COAS.”

The new army chief Yahaya was on Thursday, May 27, 2021, appointed by the President, Muhammadu Buhari. 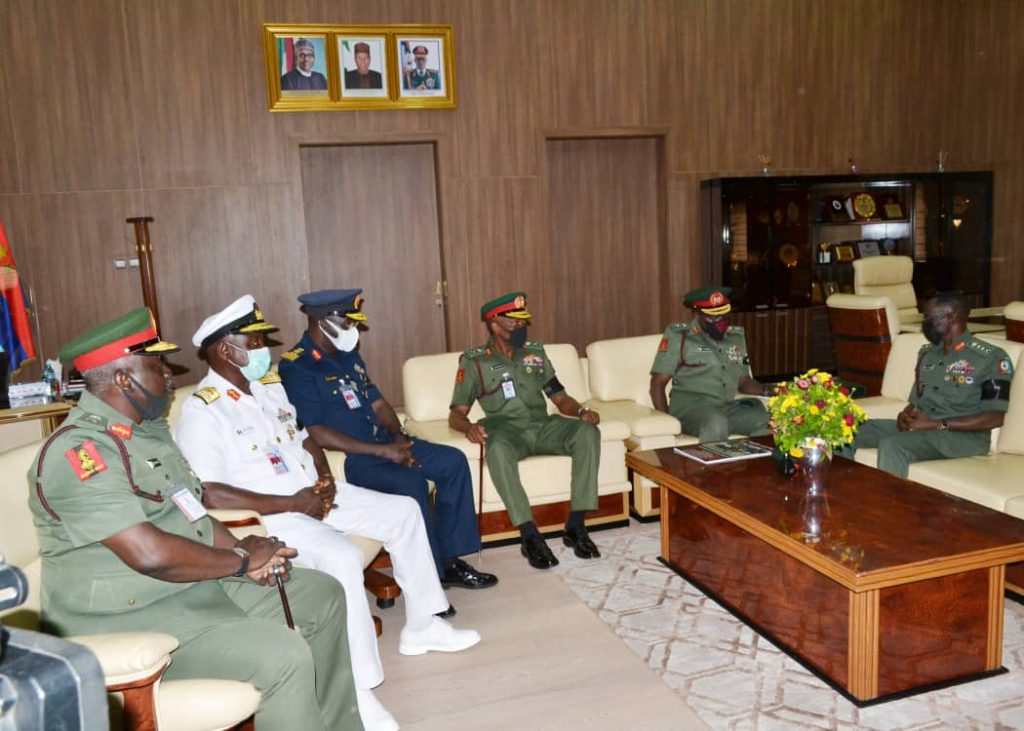