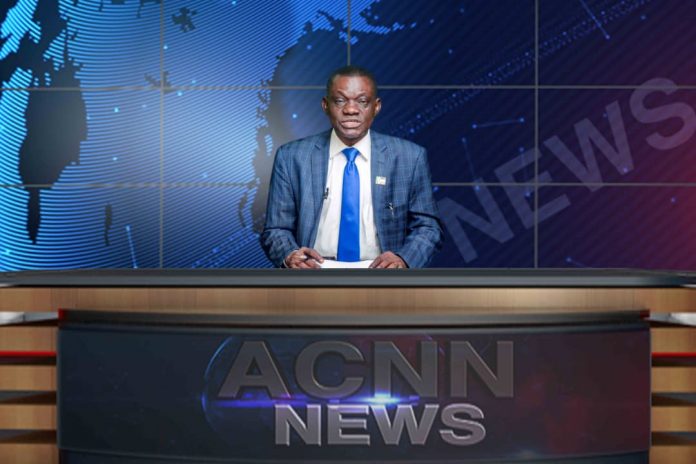 On Wednesday, November 11, 2020, the Church of Nigeria (Anglican Communion), lost one of its Bishop who was a familiar face to thousands of viewers who watch the Advent Cable Network Nigeria (ACNNTV).

For many, the Rt. Rev Folusho Taiwo, the Anglican Bishop of Oke-Osun, born on July 23, 1955, was more than a broadcaster, priest and bishop.

In the Episcopal House, Abuja- the Church of Nigeria (Anglican Communion) headquarters- he was privileged to have served under two former Primates – The Most Rev’d Peter Akinola and the Most Rev’d Nicholas Okoh. 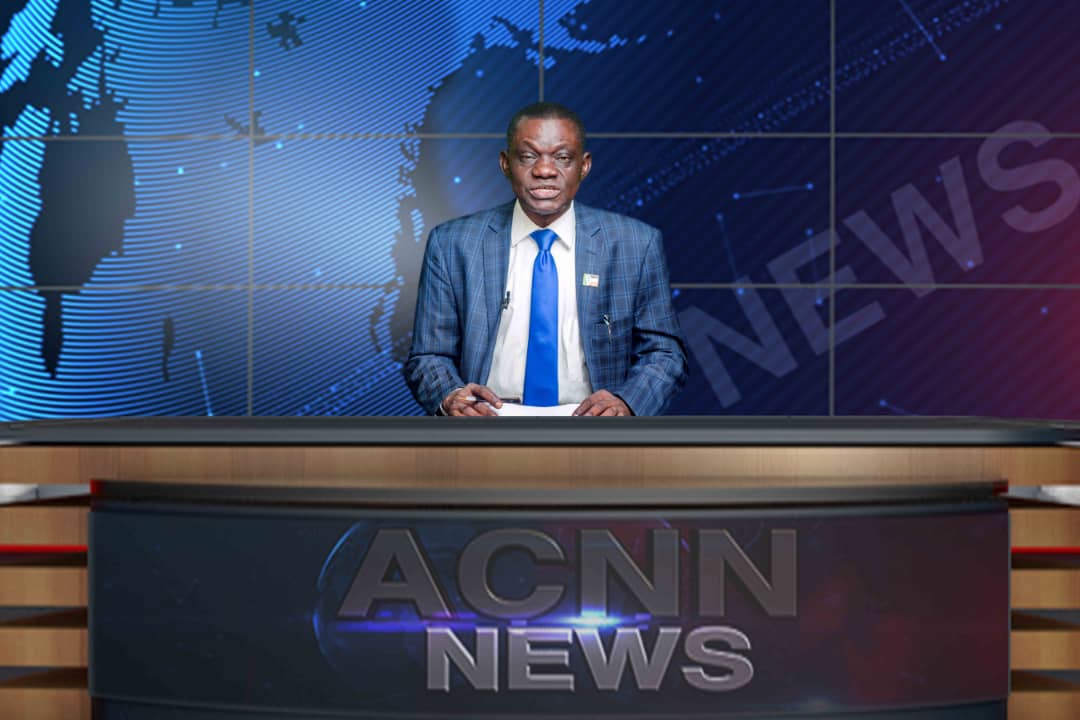 Both Primates, during their episcopacy, had expanding mission work through the media as one of the critical areas of focus of the Church in a document authorised by them entitled:‘‘The New Vision of the Church of Nigeria.’’

“To expand mission work, media facilities, such as Cable, Television, radio and Print media should be established and existing ones fully utilized,’’ the immediate past Primate, Archbishop Okoh had  outlined in the new vision of the Church, revised in 2010:

Undeniably, Folusho Taiwo was one of the many that ran with this God-inspired vision to dominate the world with the Word of God. He was overly dedicated.

In 2003, he was tapped by the then Primate of Church of Nigeria (Anglican Communion), the Most Rev Peter Akinola, to serve as pioneer Head of Station and later General Manager of the newly established  Crowther Radio 104.5 FM.

Ten years later, under the primacy of the Most Rev Nicholas Okoh, he also played a towering role in the establishment of ACNN TV in 2013, in his capacity as Director of Communications of the Church.

Weekly, for over a decade, Venerable (then) Taiwo’s by-line appeared in the Ecumenical pages of the respected Sunday Guardian newspapers, where he let out Word on everything Anglican and everything permissible in advancing the gospel of our Lord Jesus Christ.

In the eighties and nineties, as a newscaster with the Television Service of Oyo State (TSOS) and later Broadcasting Corporation of Oyo State (BCOS), viewers and listeners alike looked forward to his trademark presentation of the day’s news.

His style and voice was distinct. Whether in vernacular or English language, Folusho Taiwo’s lucid presentation made him a favourite voice on the airways.

In the Lord’s vineyard, where he was ordained deacon in the Diocese of Osun in June, 1997 and consecrated Bishop in September 2019, he constantly reminded believers that:

‘‘In preaching the undiluted word of God, not minding whose ox is gored, salvation of souls is the crux, the lubricant.’’

In the words of Rt. Rev. AkinTunde Popoola, the Anglican Bishop of Ibadan South, ”The Church will miss Bishop Foluso Taiwo, the incurable optimist, who does not believe in the word “impossible” when it comes to achieving great things for God.”

Bishop Popoola was Bishop Taiwo’s predecessor in office as Director of Communications.

For his labours on earth, Folusho Taiwo was honoured with awards throughout his career and vocation, from meritorious Service Awards of Our Saviour’s Anglican Church, Durumi, Abuja in 2013 and  St Andrew’s Church, Oke Baale Osogbo (Osun Anglican Diocese) in 2009, to Freelance Independent Broadcasters Association Nigeria (FIBAN) Broadcaster Of The Year Award in  2012 and Divine Merit Award as Distinguished Christian Communicator (Oke-Osun Anglican Diocese) in 2010.

In his distinguished career, he lived by a principle:

As Christians, we believe that Jesus died and rose again, we also believe that God will bring with Jesus those who have fallen asleep in Him.

With this belief, we say Our Lord Bishop, May you Rest in Peace and Rise in Glory.

Daddy Taiwo was a mentor to me. His calm nature was one of its kinds and that brought me closer to him. My first encounter with him was not what I planned and I didn’t even know he was the one whose voice I always heard on radio while I was young.

He greeted me graciously and checked through my CV for the vacancy at ACNNTV (when it was about to start operation).

Since I became a staff in the Anglican Communion, he has been my Father and the entire family my immediate family in Abuja.

During my wedding, he played a major role. He was able to secure the Chapel of Resurrection at the University of Ibadan for us to have our wedding as we wished.

Given the big task of running ACNNTV in 2016, Bishop Taiwo ensured I was well guided and he was always there to support us, in the training of interns, and graciously going in front of the camera as the newscaster as a way of teaching the younger ones and upcoming broadcasters.

We are still in shock and still wish this didn’t happen.

I first met late Bishop Taiwo when I started work at Crowther Radio.

For the first time in my life I met a different kind of boss, open to everyone, his identity as a Christian and a priest were the first things you would notice about him.

He loved to work and led by example. He instilled in us the mentality that we were working for God and so should be happy with our jobs.

When there were disagreements he often apologized once he knew he was in the wrong and gradually the office became a second home, staff were knit together like siblings.

Little wonder almost twenty years after most of us are still in contact with each other.

Even when new management took over the Radio station and he was no longer at the station, his attitude didn’t change and he continued to treat everyone with love and respect.

What more can I say, Bishop Taiwo left a piece of himself in every one of us with fond memories that we would forever cherish.

Today I look back and thank God that I was guided by such a seasoned broadcaster.

Thank you for allowing God to use you to shape many lives and destinies, it was an honor and privilege knowing and working with a rare gem like you.

We pray God to comfort your family. You would be greatly missed.  Goodnight FT. See you on the resurrection morning at the feet of Jesus.

AT WORK, HE TAUGHT US TO BEGIN EACH DAY WITH PRAYERS, JUDITH EMMANUEL EFFIONG, PIONEER STAFF, CROWTHER RADIO

When I heard the news of your demise, I was shocked. I am still shocked. I can’t still believe that you have left this world. “I am Folusho Taiwo”. Your voice still sounds fresh in my mind.

A humble and professional man par excellence. Working with you at Crowther Radio was a privilege. You brought joy to staff and promoted unity in the office.

We inculcated the habit of praying at work every morning even when you were not around. Sir, you gave me the opportunity to grow on the job especially in the area l loved the most which was newscasting.

I can still picture you coming into the newsroom to crack jokes with us. Sir, you would laugh so much that tears would roll down your cheeks. You were a happy man full of laughter.

Apart from being the Managing Director of Crowther Radio, Sir, you were also there to encourage us when it came to personal matters.

Your concern for our welfare was so outstanding; which is one of the qualities of a good leader.

I remember when you would even ask Mummy (your wife) to bring food for the entire staff at work. This, you did over and over again.

Oh! what a man with a kind heart. Sir, it is painful that you have left us but we know you are looking down and smiling; saying “if they only know that I am in the best place with my creator”.

Daddy, you would be greatly missed by me and all who were privileged to work with you at Crowther Radio. Rest on in the bosom of God Almighty. Adieu till we meet again in heaven.

I passed through his tutelage as a reporter when he was the General Manager of Crowther Radio 104.5 FM Abuja.

An amiable boss who was ready at all times to listen and to guide.

A patient Man of God who used His time, and resources to serve humanity.

When he accepted the offer from the former Primate, His Grace, Peter  Akinola,  to work for God as the Head of Crowther Radio, I remember vividly how he was using his pension and gratuity from the Osun State Broadcasting Corporation, where he retired in 2004  as an Assistant Director News and Current Affairs, to support the new radio station in Abuja.

With his stipends, he bought diesel and fuel for the station and also supported other logistics in building the capacity of all staff in accordance with the vision and mission of Crowther Radio.

He became mentor to all of us, particularly the pioneer staff of the station.

He was always ready to support us with prayers and guide us administratively.

Being the General Manager for almost 4years, March 2004 to January 2008, he provided good leadership, always warning us not to pursue worldly materials, run away from stealing church money, and avoid fornication and adultery.

All the advice and guidance while working with him in Crowther Radio guided and provided soft landing for me when I joined Federal Radio Corporation of Nigeria in 2009.

I recall our last meeting during the last General Synod of the Church of Nigeria, in Abuja.

Bishop told me not to relent in supporting the Church in my capacity as a media professional, assuring that great rewards from God would come at the fullness of time.

I had planned to spend my next Christmas with him and his family at Episcopal House Gbongan. But the Lord deemed it fit to call him home,