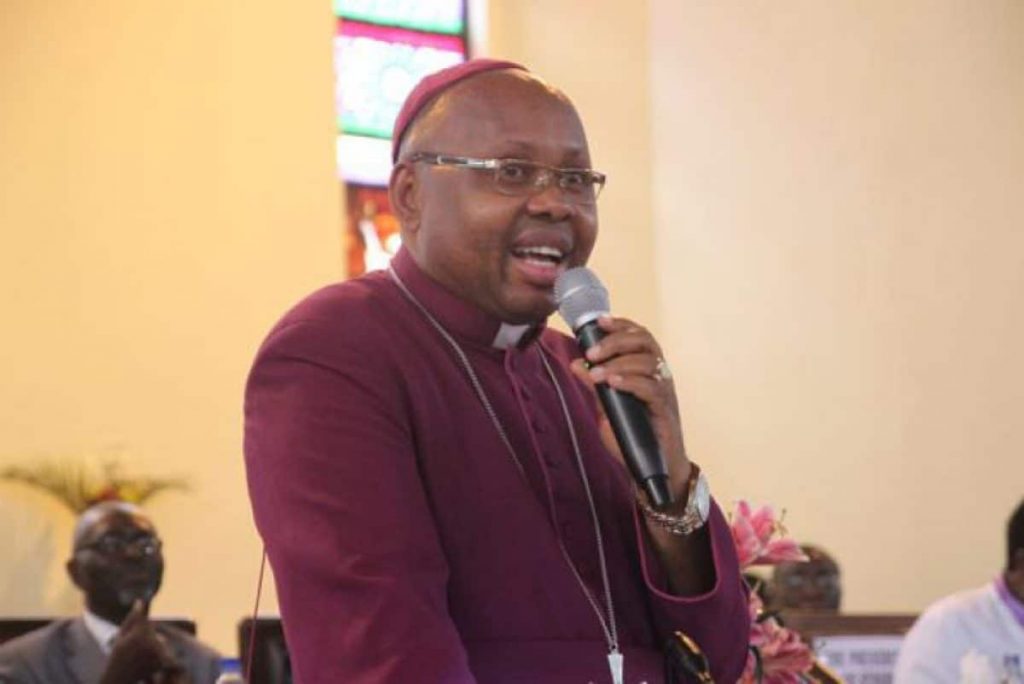 His Grace, The Most Rev’d Alexander Chibuzo Ibezim, PhD, JP, Archbishop, Ecclesiastical Province of the Niger and Bishop, Diocese of Awka has charged Christians not to be ashamed of the gospel of Jesus Christ for it is the power of God to save and deliver His people from the clutches of the sin and power of the evil spirits controlled by Satan.

He informed that the greatest miracle which Christians celebrate in CMS anniversary is the miracle of salvation.
Archbishop Ibezim who informed that Anglicans celebrate CMS anniversary to remember the humiliation and sufferings of the Christian missionaries, said despite all the challenges they passed through they brought us the light of the gospel to liberate us from primitive lifestyle.

The Church Mission Society (CMS), known earlier as Church Missionary Society, is a British mission society working with the Anglican Communion and Protestant Christians around the world. It was founded in 1799 to evangelize the world. It brought Christianity to Igboland 163 years ago. The West Africa mission was extended to Sierra Leone in 1816. Bishop Samuel Ajayi Crowther, a Yoruba by birth, was selected to accompany the missionary James Schön on the Niger expedition of 1841. Crowther was later appointed first African Anglican bishop in Nigeria and was the principal missionary to Yorubaland in 1844 and the Niger in 1857.

He insisted that the duty of Christians is to preach the gospel, urging Christians of today not to allow the gospel to die in their time, even as he decried that some young men are bringing back deities and worshiping shrines our forefathers rejected and many others have gone into rituals.

In his sermon to mark the 163 CMS anniversary at the Church of the Holy Spirit , Awka, Archbishop Ibezim decried the pains and agonies brought about to Christians by the ravaging Coronavirus that has paralysed everywhere with thousands of death of both Christians an non-Christians whose destination to eternity are unknown. He lamented that Christians till date come to Church for varying reasons including pedestrian reasons , forgetting that only Christians who receive Jesus Christ He gave the power to be children of God.

Archbishop Ibezim said: ‘As Christians and people of God who have embraced the gospel, I encourage you to embrace the true light of God even abundantly, because through the gospel, light has come unto us and darkness is no longer our portion. The gospel is the power of God unto salvation.

‘Let us be truth of the gospel not be compromised. The Bible is the story of God unto salvation and the gospel is precious, do not play with it. God’s plan for is that of good, so we shall not perish but have an expected end.

Stories of the bible are stories of salvation stories and we should not play with salvation available to us.
‘Power of God is the grace that is transmitted to the Children of God, the power that is capable of destroying the root of sin and renew one’s life’’, Archbishop Ibezim concluded.

He informed that 163 years isn’t a joke but some were still behaving as if they have forgotten the journey of how Christianity started in Igbo land when our forefathers worship idols , kill twins and murder at will alongside other abominations even appearing naked like apes.

He said that before the advent of Christianity that our forefathers were farmers, wine tappers and hunters with strong youths taken into slavery as life was the survival of the fittest, but with the light of Christianity, things are done differently to the glory of God.

Archbishop Ibezim informed further that wherever there is a Church today used to be an evil forest, but today the places have turned to worship centres and township sequel to the gospel of Jesus Christ.

Meanwhile, His Grace, The Most Rev’d Alexander Chibuzo Ibezim, PhD, JP, Archbishop, Ecclesiastical Province of the Niger and Bishop, Diocese of Awka has advocated for self-control and patience among Christians in line with the fruits of the spirit which is love, joy , peace, patience, kindness and faithfulness.

Archbishop Ibezim encouraged Christians to be obedient to God’s will and commandments by shunning all antics of the devil through an exemplary lifestyle that is Christ like and dedicating themselves to life of prayers and service to promote the glory of God and Church work in the society.

Archbishop Ibezim spoke during the confirmation and admissions into Mothers’ Union and Girls’ Guild for Church of Pentecost, Parish Awka; Church of The Holy Spirit Parish Awka and St John The Divine Parish, Ngozika Estate Awka.

The Vicar Church of The Pentecost, near Government House Awka, Rev Canon Ifeanyi Emegwa who appreciated Archbishop Ibezim and wife Mama who is the President, MU, WG and GG Province of the Niger and diocese of Awka , Mrs Martha Chioma Ibezim (Nneoma) for their care and guidance in the diocese, reassured the Archbishop of their prayers for God’s grace upon him always.

He appealed to mothers to ensure their acts strengthen and preserve marriages and Christian family life always in order to advance Christian religion in families and marriages.

He encouraged youths to honour and respect their parents and Guardians with their knowledge of Jesus Christ to distinguish them from the crowd as children of God.

Archbishop Ibezim warned members of the Girls’ Guild to ensure their cell phones are not used for negative activities like watching pornography and all forms of sexting but to acts capable of edifying them spiritually and otherwise. He reminded them that wrong usage of cell phones have led some young girls astray , appealing to them to know that their bodies are temples of God hence they should preserve their virginity for the right time.

He encouraged them to flee immorality to avert destruction, decrying the establishment of hotels everywhere without industries to absorb the teaming youths.