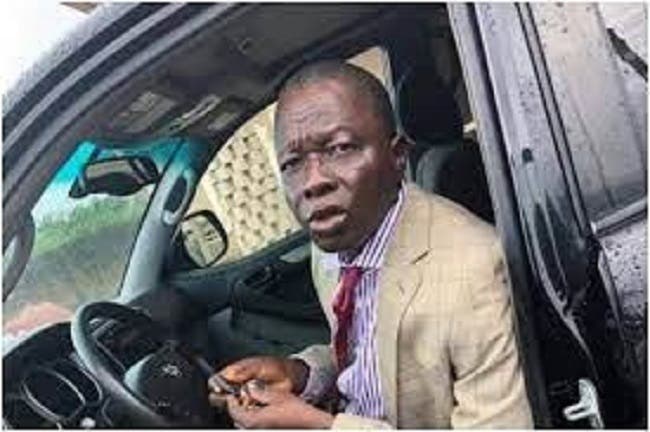 The wife of the Deeper Life Bible Church Pastor, Otamayomi Ogedengbe, which was kidnapped by some gunmen on Monday evening, says the kidnappers have not yet made contact with the family to demand any ransom.

Yinka, the wife of the Pastor, has pleaded with security agents to act fast and rescue her husband from the hands of his kidnappers, recalling that her husband is the only son of his parents.

She narrated how the kidnappers attacked by invading the church, she said that it took the kidnappers a while to pin-point her husband before they forcefully took him away.

She said they tried to chase the abductors but said they had to turn back when the kidnappers shot at them as they pursued.

“Monday was our Bible study. Immediately after the Bible study, we were rounding up from the church, one of our brothers collected the car key to park it properly. He is the persons that drive the car when it is already night. He met some boys outside.

“He said the boys pushed him down from the car and he thought they wanted to collect the car. They slapped him and when they looked at him properly and discovered he was not the persons they were looking for.

“They brought him inside the church and started searching for who they were looking for. They saw my husband and said he was the person. When we got outside, they started shooting and pushed my husband into their car.

“We drove after them towards Irese road but they were shooting at us. It was dark so we stopped. I beg all Nigerians to help the release of my husband. He is a man of God who cannot hurt a fly.

“They should release him because he is always on drugs. I beg security agents to rise to the occasion and help me to secure his release.

“He is the only son of his parents, please I beg you all to help me, I can no longer sleep. He is my companion of over 37 years.”

Bolaji Salami, the state police Commissioner, has however directed his men to rescue the pastor unhurt and whole.

Leo Ikoro, the spokesman of the state police command, has said the command would do its best to arrest the perpetrators of the act.

The abduction was done at about 8:30 pm on Monday evening inside the church after Pastor Ogedengbe had conducted a Bible study.