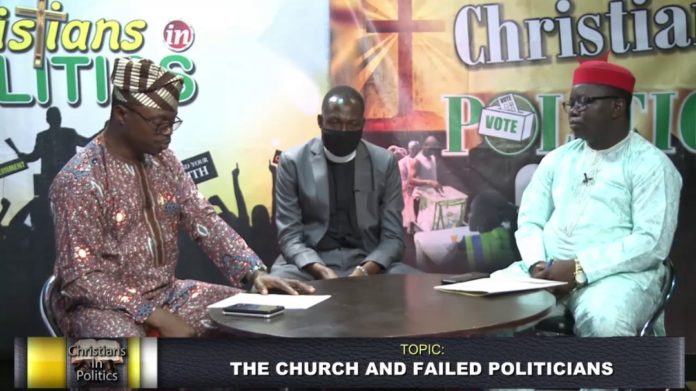 Two Church  of Nigeria  Anglican Communion Priests Venerable  Unuayan and Rev’d Canon Bola Ogunyanwo have berated Federal Government over the inability of the government to build the health sector to world standard.

The priests who appeared on  Advent Cable Network Nigeria Television (ACNNTV) weekly program titled Christians in Politics, with the topic: “,The Church and The Failed Politicians”.

They not only condemned the statement credited to the Secretary to the Government of the Federation (SGF,) Boss Mustapha but hit hard on federal government for not providing quality health care for the populace.

It would be recalled that the SGF who doubles as the chairman of the presidential task force was quoted as saying: “I can tell you for sure, I never knew that our entire healthcare infrastructure was in the state in which it is until I was appointed to do this work”.

They opined that if someone who had attained the position of the secretary to the Federal  Government did not know that the health sector in the country was in a deplorable state, then they wondered who would.

They commended well-meaning Nigerians during the ongoing Pandemic who went out of their ways to donate various items; such as, ventilators, cash, medical apparatus, others, to the government in fighting the deadly virus.

According to them, they lamented that it was pathetic that a country that was being described as the giant of Africa, did not have ventilators in her hospitals.

They argued that that one of the good legacies that this administration would have left behind would have been a good health care facilities.

They said it was a shame that when the president was very sick during his first tenure, he was being taken around the world for medical care.

There would not have been the need for this if the leadership of this country had utilized our resources to build first-class hospitals around the country they concluded.