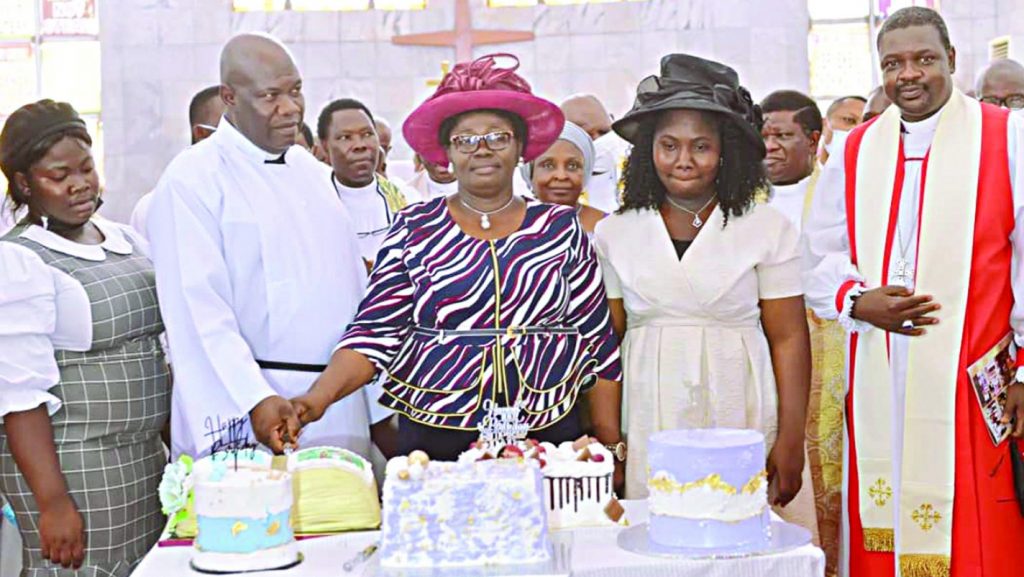 The woman is not an afterthought as many would infer from the creation account. She is rather a creation of great favour. Although the menfolk have so much to say about the woman, God’s record about her is the truth.

Favour in itself is of God and can be activated by human actions. Favour is an unmerited/underserved act of kindness. It is akin to grace. To be favoured simply means to be preferred over others. It also means to be cherished, counted worthy for benevolence or to be highly regarded above others.

In our anchor scripture, Luke 1: 28, God sent His angel to reveal His verdict about the woman and it is: “Hail, thou art highly favoured, the Lord is with thee: Blessed art thou among women.”

The favoured woman in this context is Mary the mother of Jesus Christ. The Immaculate Conception by a virgin was prophesied in Isaiah 7:14: “Therefore the Lord himself shall give you a sign, behold a virgin shall conceive and bear a son, and call his name Immanuel.” The prophecy states that a certain virgin shall conceive, her name was not mentioned.

However, when it was time for the fulfilment of the prophecy, Mary was found in the equation. Although this was not known by man even Mary herself, the sovereign God knows. At the fullest of time, He sent Angel Gabriel to Mary for validation of the prophecy.

It should be noted that Mary was not the only virgin in Israel. There were other virgins in the land. But for Mary to be chosen, as the vehicle that would convey Messiah into this world for His redemptive assignment is nothing, but a favour.  She was favoured above other virgins in Israel. This favour was a product of divine grace.

However, Mary’s favour was necessitated by her ability to keep herself pure. No woman of broken virginity would have attracted this favour. Mary played her own role of sanctification and she eventually found favour in the sight of God.

Mary’s favour was so unique and extraordinary in the sense that no other woman has ever conceived by the power of the Holy Spirit without the normal biological process. The redemptive story of the entire human race cannot be told without making mention of the Virgin Mary.

We need not shrink from seeking to finding favour in God’s eyes ourselves. God’s favour is not reserved for a particular people. Favour does not look at your background, academic qualification, age, among others. We are accepted and loved by Him in Christ totally out of His grace (Ephesians 1:4-6). Yet that does not stop us from seeking lives that are pleasing to Him.

Every woman must know who she is and whom she belongs to. The woman belongs to so many people at a time, namely: her father, mother, siblings, husband, children, church, and the entire human society. But she belongs to the Lord more than she belongs to any man, and so can contact and enjoy the unlimited favour of the Lord. And when God has favoured a man, the earth will have to follow suit. Favour opens closed doors, solves problems without one’s involvement. Favour grants God’s provision and puts smiles on our faces, among other things.

For the woman to be highly favoured, she must possess some virtues that are preconditions to favour:

• Chastity. One of the reasons the woman has fallen below the price line before man is lack of chastity: women easily yield to the flesh and breed only weed. It is purity that produces true liberty.

Our soul is much more important than the body. What qualified Mary for the high favour was her chastity. Sex is not a tool to get all you want in life; it is a creation of God within the confinement of marriage. When it comes to sex, it is for “the married only.”

• Good knowledge of the Lord, His word and being a carrier of His Spirit. It is when we know the Lord that we can know ourselves. The Holy Spirit helps us each day to become more like Jesus.

• Readiness to accept the will of God always in all things. To be a beneficiary of God’s favour, the woman must always ask: “What is the will of God for me in this life? What are the things I should do and not do?”

• Rating the knowledge of God above that of men. She must hold unto Jesus in everything and follow her godly passion. She must discover her gifts/talents and use them without being intimidated.

• Humility also attracts favour. When a woman humbles herself, the Lord will favour her.

Mary the mother of Jesus Christ is not the only favoured woman in the Bible. Other distinguished favoured women in the Bible includes Sarah (Gen. 17:19) Rahab (Joshua 2), Hannah (1Sam.2:10), Ruth (Ruth 1- 4) Queen Esther (Esther) Deborah (Judges 4 & 5), Abigail (1Sam. 25 – 27), Elizabeth (Luke 1:5ff), Mary Magdalene (Luke 8:1-3, John 20:1-13, Matt.28:1), among others. These favoured women impacted not only the nation of Israel but the entire world. Each of them brought her character/quality to bear on her situation and for this, we still remember them centuries later.

As we celebrate Mothering Sunday, we remind everyone, especially women that the God we serve is still a God of favour. We, therefore, urge you to position yourself for divine favour by living a life that is pleasing to God, as Virgin Mary and other favoured women in the Bible did and divine favour shall locate you and announce you too. Woman you are favoured, believe it and experience it. God bless you!