The Vice-Chancellor of Ajayi Crowther University, Oyo, Professor Timothy Adebayo, has congratulated Chief Wole Olanipekun SAN on his emergence as the 50th Chairman of the nation’s Body of Benchers. 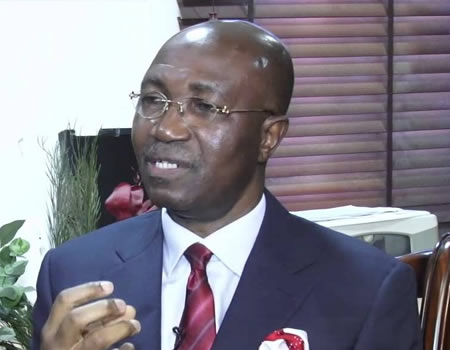 The congratulatory message followed the Thursday, March 31, 2022 decision of the body to confirm the accomplished jurist and the university’s Pro-Chancellor and Chairman of Council as the new Chairman. ​​

The Vice-Chancellor enthusiastically expressed joy with Chief Olanipekun, whose emergence is not only timely and well deserved as a legal luminary and Senior Advocate of Nigeria, but also a reassurance of the conviction of eminent jurists to restore the independence, integrity, and dignity of the bar and the bench while upholding values of the profession and its cherished legal traditions.

In a statement from the university, the Vice-Chancellor noted that Chief Olanipekun had served as the President of the Nigerian Bar Association (NBA) in the past creditably and also served on the body of benchers before his election to the exalted position, which is a right step in the right direction because the legal profession will gain more from his wealth of experience.

He, therefore, lauded the immense and positive contributions of Chief Olanipekun to the development of the legal profession including his invaluable services to society at large.

Meanwhile, Olanipekun has expressed his gratitude to members of the body of benchers who elected him as Vice-Chairman of the body on March 25, 2021, leading to his ultimate elevation to the position of chairman as provided in the body’s regulations.

In his acceptance speech, he promised to give his all to the job by taking cognizance of the rights of leaders in the profession and the wisdom of the law as provided by the Legal Practitioners Act to aggregate different sectors of the profession toward working together to rejig, redefine and re-orientate the members so as to restore its cherished nobility and glory.

He noted that the unpleasant happenings from the Bar and the Bench as well as aggression and attack, within and outside the profession require the need to bring back the honor and glory of the profession while he pledged his best, with the support of others to do so.