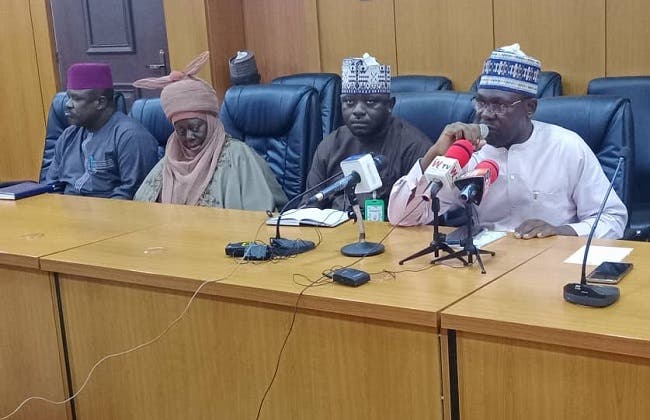 Few months after a communal clash between the two communities of Lunguda and Waja in Balanga LGA of Gombe State claimed many lives, another clash between Pokekerek and Yadenden communities in Shongom Local Government Area of the state last weekend claimed one life while not fewer than 50 houses and foodstuff were burnt

The dispute was over a piece of farmland that both communities are claiming ownership of over the years particularly during the rainy season.

However, rising from an emergency State Security Council Meeting held on Monday evening under the chairmanship of the state governor, Muhammad Inuwa Yahaya, the government condemned the violence and ordered for calm.

Briefing newsmen immediately after the meeting, the State Commissioner for Information, Mr Julius Ishaya and his counterpart of the Ministry of Internal Security and Ethical Orientation, Adamu Kupto Dishi, said that the state government had directed all stakeholders under the leadership of the Mai Kaltungo, Engineer Saleh Mohammed to engaged the youths from all communities with the aim of restoring total peace.

Julius Ishaya further said that the security council had noted the damage that resulted from the carnage and expressed concern over the difficulties and destruction brought on the people of both communities.

The Paramount traditional ruler in the Chiefdom, Mai Kaltungo, Engineer Saleh Mohammed, thanked the state government for the quick intervention that forestalled further escalation of the crises.

He noted that the people had never experienced such and promised that he, along with other stakeholders will continue to sensitise the people on the need for tolerance and peaceful coexistence.

He called on the people to remain calm and embrace each other so that the development that is being experienced would be continued.

Our correspondent gathered that as of the time of filing this report, no arrest had so far been made while security personnel have been drafted to the area to keep peace and maintain law and order.