Apex Igbo socio-cultural organization, Ohanaeze Ndigbo has expressed outrage over the gruesome killing of a Northern woman, alongside her four children in Anambra State. 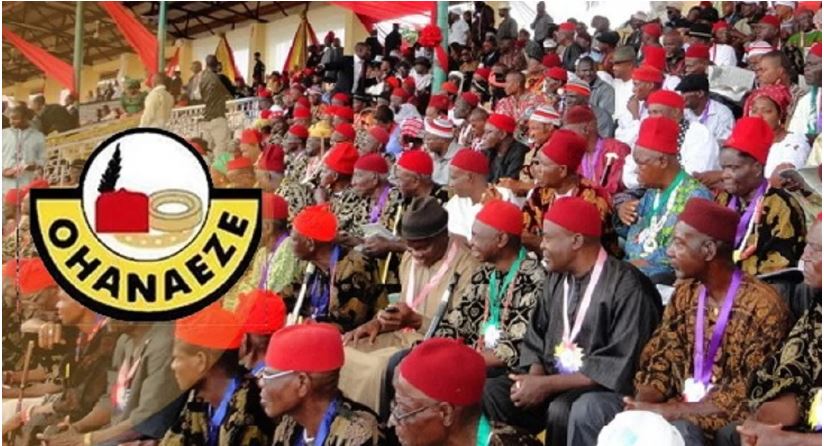 Reacting through a statement, the Ohanaeze Ndigbo Youth Council Worldwide, OYC, said it was heartbreaking to learn of the unprovoked killing of the woman and the innocent children.

While describing it as unjustifiable, the OYC President-General, Mazi Okwu Nnabuike said it was barbaric and satanic to kill a woman and her children in such a manner.

Okwu, who wondered about the crime they committed, noted that “even in war situations, women and children are spared. There is, therefore, no justification for the brutal murder of the woman and her children.

“We are saying for the umpteenth time that what is happening in Anambra State is an ill wind that would blow no one any good. Whoever is behind the dastardly killing and mindless maiming going on in Anambra State should cease henceforth. There is no issue that cannot be ironed out at a round table.

“Our people are not known to be cannibals and this is why we are still deeply amazed over what is taking place in Anambra State. The sanctity of human lives must be respected and preserved.

“Ndigbo also sympathize with the family of the deceased and urge the Northerners not to engage in any form of retaliation as it would mean playing into the hands of those who want to set the country ablaze.”

He, however, urged Governor Charles Soludo of Anambra State to employ tact in handling the security situation in the State, stressing that, “this is not a time to talk tough but to go into the inner chambers and talk to the right people.”