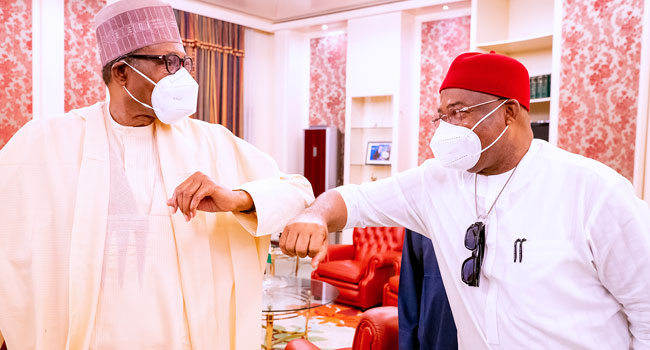 Although details of the meeting are yet to be disclosed, the meeting may not be unconnected with the recent incident in Imo State which saw the arrest of the immediate past Governor of the state, Senator Rochas Okorocha.

Following the incident, 14 persons including a senior legislative aide to Senator Rochas Okorocha, Steve Asimobi were on Monday arraigned in a magistrate court in Owerri, the Imo State capital.

They are said to have participated in the ‘forceful invasion’ of the Royal Spring Palm Hotel which was sealed by the state government.

Spokesman to the state command, Orlando Ikeokwu who confirmed the arraignment also stated that Senator Rochas Okorocha who was in police custody for questioning based on the complaints lodged by the state government over the matter, was released on Sunday.

See photos from the Governor’s meeting with President Buhari below… 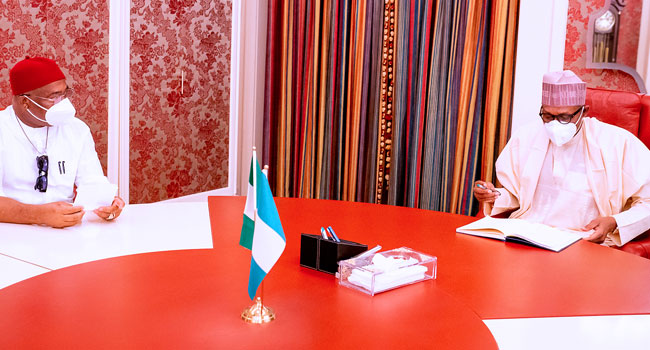 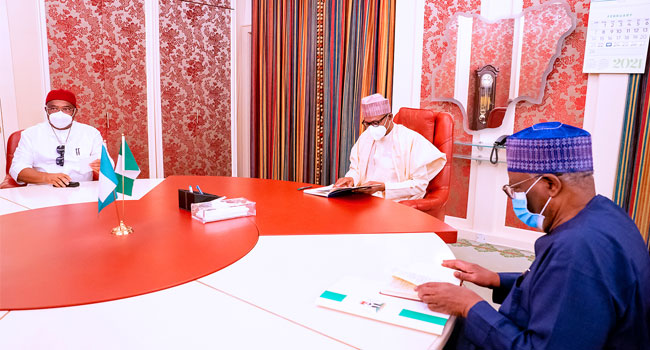 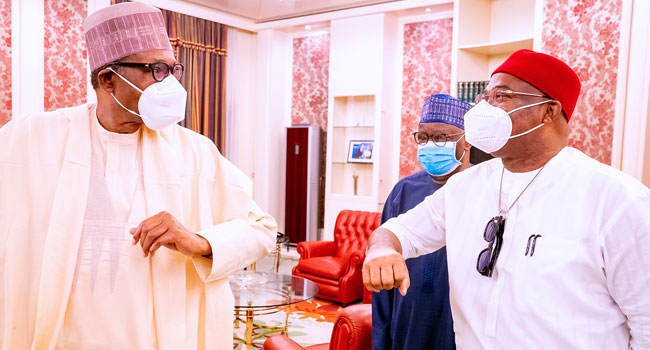