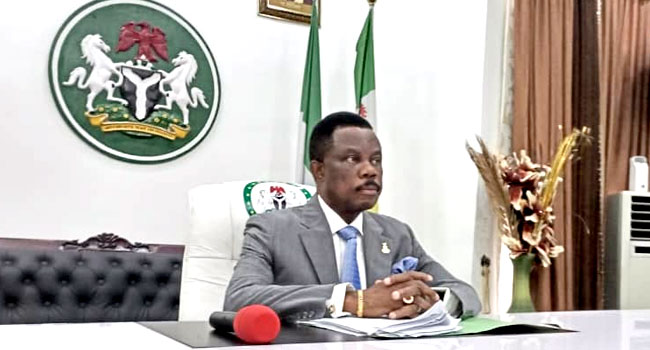 Anambra State Governor, Willie Obiano, has joined his counterparts in the southern region of the country to sign the anti-open grazing bill into law.

He assented to the Cattle and Other Livestock Open Grazing Prohibition and Ranches Establishment Bill of Anambra State on Friday at the Governor’s Lodge in Amawbia, Awka.

Governor Obiano explained that the decision of the state government to outlaw the open grazing of cattle and other livestock was to enhance peace between the farmers and the herders in Anambra.

According to him, the management of the crisis between farmers and herders has been a short-term measure and it has become necessary for the government to take decisive action.

The governor stated that the law enforcement agencies have been directed to immediately commence the implementation of the law.

Anambra is the most recent state to enact such a law after authorities in Rivers, Ondo, and Lagos, among other southern states, had done the same.

The proscription of open grazing by the states is in line with the resolution of the Southern Governors Forum, in a bid to tackle the crises between herders and farmers that have claimed many lives in the region.

At a meeting of the governors held on September 16 in Enugu, member-states were reminded about the need to enact or amend the anti-open grazing law to align with the uniform template and aspiration of the forum.

They had commended the rate at which the states in the South were enacting the law and encouraged those yet to enact it to do so expeditiously.

But the position of the governors was faulted by some prominent Nigerians, including the Minister of Justice and Attorney-General of the Federation, Abubakar Malami, who said it was unconstitutional.