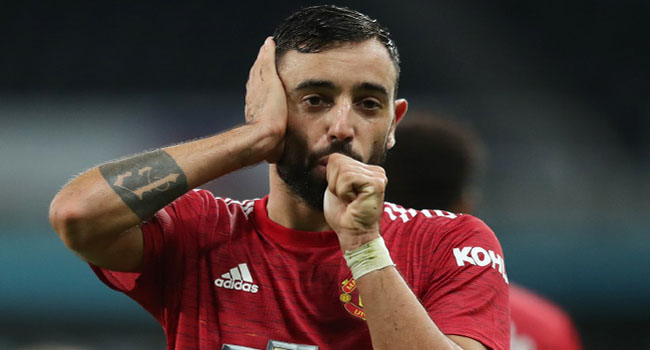 Harry Maguire did not travel with the Manchester United squad for Tuesday’s Champions League Group H opener away to Paris Saint-Germain as manager Ole Gunnar Solskjaer confirmed Bruno Fernandes will captain the visitors in the French capital.

“We’re a little bit depleted but we’ve got more than enough players,” said Solskjaer, who is without Maguire, Mason Greenwood, Eric Bailly, Jesse Lingard, and new signing Edinson Cavani for the game.

“We hope that the players won’t be away for too long. Edinson needs a few more days training before maybe we can think about the weekend, hopefully, Harry can and Mason as well but we’re not sure about that,” added the United manager of the players’ prospects of being back to face Chelsea on Saturday.

Fernandes, who scored in the 4-1 weekend win at Newcastle United, described being given the captain’s armband in Maguire’s absence as “an honour, an important achievement”.

United are returning to the Champions League this season after missing out in the last campaign.

However, Tuesday’s clash brings back memories of the sides’ encounter in the last 16 in 2018/19, when Solskjaer’s team won thanks to a dramatic late penalty in the second leg at the Parc des Princes.

The Norwegian said: “That’s history for us, it’s in the past, so great history, great game but it has no impact whatsoever on this game.