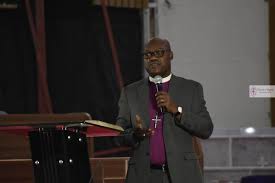 The protests rocking the country, Nigeria, have once again raised many questions about Nigeria and its leadership. That the protests are happening at all is an indication that the Nigerian masses, especially the youths have become irked by the plethora of social and economic problems besetting Nigerians many of which can be solved if indeed the Nigerian leadership were to be responsible enough for its citizenry. They seem to have had enough of government taking them for granted. It is remarkable that the organisers and participants in these protests have the intellectual capacity to run the country; and yet they have been subjected to all kinds of ridicule and wicked treatment in their own land for a long time. Many graduates are still jobless, years after they have obtained their qualifications from reputable .
Most disturbing is the fact that those who have been hired to protect them and deal with criminals in the society have themselves become monsters tormenting innocent individuals in different situations under the guise of operating against robbers and the criminal elements in the society. Alas many innocent people have been brutally murdered like animals while others have been subjected to all kinds of inhuman, humiliating treatments on the roads all over the country. This is security reckless and government failed to take cognisance of this for too long. Indeed our government looked the other way when it mattered. Their citizens were taken captive right under their watch! Lord have mercy.

Thanks to the courage and resolve of the youths of Nigeria, who said through their protests Enough is Enough. Where was our government when the Special Anti Robbery Squards became the authorised killers of innocent Nigerians? The Nigerian government is culpable. When it should have been addressing the needs of its citizens, it was busy enacting laws to silence opponents.

That Government has responded by disbanding SARS may appear commendable and thereby necessitate the call in some quarters for the youths to go back home. The leadership of the National Assembly have canvassed this already. Yet we must ask, where really was our government all this while?. Is it that government was not aware of the crimes being perpetrated by one of its security agencies? That would suggest that the Nigerian government has lost touch with its people and insensitive to their situation. This is rather unfortunate. And is sufficient to call for them to step down.
Sadly there are many unintended consequences of these protests which are already manifesting , not least number of recorded deaths so far and the hardship being experienced by travelers and others who want to move from one place to another. Yet the importance of meeting and listening to these youths cannot be over emphasised in order to forestall any more trouble. Indeed Government needs to handle the protests and protesters carefully lest more terrible and unintended things happen, things that we hardly contemplate and which might grow beyond our immediate expectations.

It is not sufficient to ask them to give back because government needs more time to address the issues. Rather government should give its youths a timetable for when and how these issues are going to be addressed. This would suggest that the youths have been taken seriously otherwise it could appear to the youths that government is only interested in silencing them by sending them back home so that it can remain peaceful. But this is what government has done for a long time making so many unfulfilled promises. Now is the time for the government to wake up from its slumber and address the needs of its teeming population, especially its large army of unemployed youths. If the truth be told these youths are doing what others cannot do and Nigerians support them and would thank them for standing up for the country in a way no one had envisaged.
If Government is to look at the list of their demands they are not new at all . Rather they are the same issues about which the masses have been talking for years, even though their concerns have hardly been addressed. Nigeria has for too long remained a country of endless agitations under insensitive leadership who cannot be bothered about the needs of the citizens for so long as they have personal satisfied.
How are the EndSARS protests going to end? When will they end? When will the government begin to pay attend to the agitations in the land and the myriads of the concerns of the Nigerian people? Are they going to wait for protests before they respond? Lord have mercy on our land!