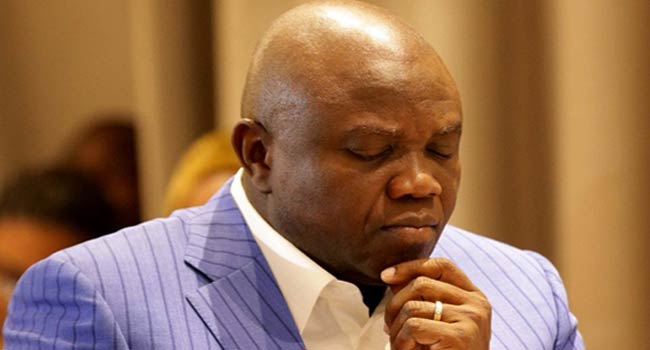 A Lagos State High Court has dismissed a suit by former Lagos State Governor, Mr Akinwunmi Ambode, seeking an injunction to restrain the State House of Assembly from probing him.

The former governor had asked the court for an order to stop his probe by the lawmakers over the purchase of 820 buses.

Ruling on the application on Thursday, Justice Yetunde Adesanya held that court lacked the jurisdiction to stop the lawmakers from going ahead with the probe.

Ambode instituted the civil suit against the State House of Assembly, its Speaker, Mudashiru Obasa, and the Clerk of the House, Mr A. Sanni.

Other respondents to the suit are Mr Fatai Mojeed, the Chairman of an ad-hoc committee set up by the House to probe the procurement of the buses, as well as eight members of the committee.