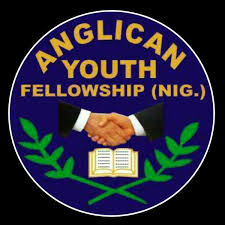 What is known today as the ANGLICAN YOUTH FELLOWSHIP began from the West as a mustard seed planted in the mid 1940’s. As a result of the Visit of the Bishop of Lagos, the Rt. Rev. Dr. Leslie Gordon Vining to England accompanied by the Canon Residentiary of the Cathedral Church of Lagos, the Rev. A.W. Howells. Being highly impressed by the activities of some Youth movements, on his return to Nigeria, he initiated action on the formation of the Anglican Youth Fellowship.

Thereafter, he inaugurated the first branch of the Anglican Youth Fellowship at the Cathedral Church of Christ, Marina Lagos with about twenty (20) young people mostly young boys playing football within the Church premises on the 7th of May, 1947 on the pattern of the Anglican Young People’s Association of England.

Notwithstanding that Rev. Canon A.W Howells initiated action in the formation of the Anglican Youth Fellowship but the leadership and the running of the organization at the initial stage was taken up personally by the Bishop of Lagos, His Grace, Most Rev. Dr. L.G Vining who regarded the Youth fellowship as his Baby because of his special love for young people. He decided to do so as a means of preventing the Exodus of young people from the Anglican Church.

The fellowship was initially known as the Cathedral Youth Fellowship, CYF as it was restricted to the Cathedral Church of Christ (CCC) Marina, the Mother Church of the Church of Nigeria, Anglican Communion. His Grace, haven established the Fellowship directed teh Rev’d Canon Adelakun W. Howells who was the Canon Residential of the Cathedral to organize series of Programmes that can encourage the youth in the Church. Among other programmes organized by Rev. Canon Howells were, Bible Study Sessions, Quiz Competitions, Picnics and Excursions for the Youths hence, the strategies of the fellowship ~ Worship, Thought, Service and Recreation.

By September 1946, Bishop Vining summoned a meeting of Church of Christ. Other Priests in attendance were Canon Adelakun Williamson Howells who later became the first provost of the Cathedral and Rev. Timothy Omotayo O. Olufosoye who was the the Cathedral Youth Chaplain and later became the first Archbishop, Metropolitan and Primate of all Nigeria. During the meeting, Samuel Akpabot of Kings College entertained the meeting with musical instrument while Bala Miller of Church Missionary Society Grammar School was on hand to entertain them with trumpet.

It was after returning from Lambeth Conference that His Grace, Most Rev’d L.G Vining called for unity among the various Youth Groups in the Church and established one group known as Cathedral Youth Fellowship (CYF) which were meeting every Wednesday at the Bishops Court. The group later changed her name to Anglican Youth Fellowship (AYF).

With the transfer of Rev. Timothy Olufosoye to Holy Trinity Church, Ebute Ero in August, 1947, there he inducted another branch of the fellowship in the church as the second branch which was inaugurated on 4th December, 1949.

Whereas on the 26th June, 1950, Rev. H.N Hunter was Canon Williamson Howells Assistant at the Cathedral inaugurated another branch at All Saints Anglican Church, Montgomery Road, Yaba Lagos where he has been transferred to as the Vicar. And when he became the Bishop of Lagos in 1955 (1955 – 1963), he helped the fellowship to spread the more as he encouraged the fellowship to organize and host internal Programmes and Conferences.

However, in 1952, the Rev. A.W Howells laid down the Organizational structure of the fellowship. The Central Working Committee was formed in 1952 with Bro. Albert Odipodo Rogers (Later Rev. Rogers) as the first and only chairman and he held office for one year (1952-1953) with Bro. Olutendu Odejimi (both of the blessed memory) as the secretary.

In 1953, Bro. Felix Remi Soyeye of blessed memory was appointed as the First National President and held Office for thirty three (33) years 1953 – 1986 while Bro. Lawson O. Igele Akhibe was appointed the First National Secretary and held Office from 1953 – 1976. Note that the Seven (7) man Central Working Committee that was inaugurated in 7th May, 1952 under the chairmanship of Bro. Rogers drafted the Aims and Objectives the fellowship is still using today. When the Committee completed it’s assignment, the Aims and objectives became the fellowship’s Constitution. The Bishop of Lagos, the Rt. Rev. Saith Ivan Sewen Kale requested the then Chancellor of Lagos, Hon. Justice J. A. Adefarasin to vet the Constitution and haven found it worthy, the Constitution was approved in July, 1960. It has been undergoing several reviews as it is currently undergoing another review.

It should be noted that between 1947-1968, the Lagos branch of the fellowship was performing the duty of the National Council of AYF by working hand in hand with other existing branches of the AYF in the Country until 1967 when the NATIONAL COUNCIL OF THE ANGLICAN YOUTH FELLOWSHIP WAS INAUGURATED in Benin City on 16th February, 1970 with the Dioceses of Lagos, Ibadan, Ondo and Benin as members and later on other Diocesan Council’s began to join, like the Dioceses in the Eastern Region (Enugu and on the Niger) in 1972 after the Civil war through the instrumentality of A.O. Rogers at the National Conference held at the University of Lagos.

The National Council of the AYF (Nigeria) is a body comprising all the branches of the AYF in Nigeria.

AYF in the East
Coming down to the East, the Anglican Youth Fellowship at inception flourished mostly in Lagos and the other Western areas of Nigeria through the efforts of Rev. A.W Howells and the Rev. ( Late Most Rev. T.O. Olufosoye, the first Archbishop of Nigeria).

Though there were meetings and gatherings organized in the Church for the Youths by the Anglican Church in the Eastern part of the country but there was no name by which it was called nor identified.

It was in 1952 that a motion was moved by Rev. W.R.G Wiley at the Diocesan Board Meeting at Onitsha that some thing should be done Urgently about organizing the Anglican Youth Fellowship in the Eastern states.

After a formal debate, Rev. Willet was appointed. He then returned to Enugu to commence work on Youth Organization. The first meeting was held at Ezeoke town in Whine Mbano, Imo State in the early 1953 and with this, efforts were set in motion to establish branches and the following were formed:
Enugu : St. Bartholomew Asata, St. Peter’s Ogbete, Christ Church Uwani, St. Luke’s Ogui and Iva Valley.

In 1960, the Rev. C. Mbonu took over from Rev. W.R.G Willet as the Youth Organizer when the later retired.

The Conference became rotational from 1972 among the first six Dioceses in Nigeria.
Note that in 1983, for th first time, the conference did not hold due to scarcity of fuel occasioned by the political instability, same thing also happened in 1993 due to political crises on the country and again in 2020 as a result of the outbreak of Corona virus known as COVID -19.

Note that this year, the fellowship is Celebrating the 65th edition of the Bible Study Conference and the 75th Anniversary of the founding of the fellowship.

It should also be noted that conventionally, Lagos hosts the conference every 10years to celebrate the founding of the fellowship.

Note that 2022 National Bible Study Conference shall be held at Diocese of Owo, Province of Ondo in August. Books of Study includes: Book of Joshua, Philippines and Sacramental Services (Baptism and Holy Communion)

THE MOTTO OF AYF

The motto of the fellowship is TOWARDS THE PERFECT MAN Eph. 4:13a.

This implies that the fellowship must always emulate the life of Christ, and be a model to others. This is achievable through prayers and the study of the Bible.

THE EMBLEM OF AYF

The emblem is an open Bible, standing between a handshake and twigs joined together to form a letter “V” and all enclosed in a circle with a blue background.
a. The TWIGS: stands for YOUNG PEOPLE
b. The HANDSHAKE: stand for fellowship and Unity among Young People.
c. The BIBLE: stand for the WORD OF GOD and the Teachings of Jesus Christ.
d. The BLUE BACKGROUND: stands for and indicates Perfect LOVE towards one another as Christian Brethren.
e. The emblem in itself means that Young people should live together in perfect love for one another according to the teachings of Jesus Christ.

It is worthy to note that AYF has provided progressive forum for the young people in the Church to be trained and equiped to assume positions of Eminence and Responsibility not only in the Church but also in the Community and indeed the political life of the country.

Many members are now by the Grace of God in positions of authority throughout the country both in the Church and the State. Some are Bishops, Provosts, Archdeacons, Canons, Priests while in the secular society, some are Governors, Ministers, Commissioners , Permanent Secretaries, Chairmen of LGA, Councillors, Director-Generals, General Managers in banks and other financial institutions, Lawyers, Doctors, Engineers and other professionals in other fields of life.

If not God who has been our helper.

The Province as at today is made up of twelve Dioceses which includes:
Enugu, Nsukka, Oji River, Abakaliki, Awgu-Aninri, Enugu North, Ngbo, Ikwo, Afikpo, Nike, Udi and Eha-Amufu.

In 2021, the leadership of Hon. Chinonso Chijioke planned and hosted the first Provincial Youth Conference at the Cathedral Church of the Good Shepherd Enugu.