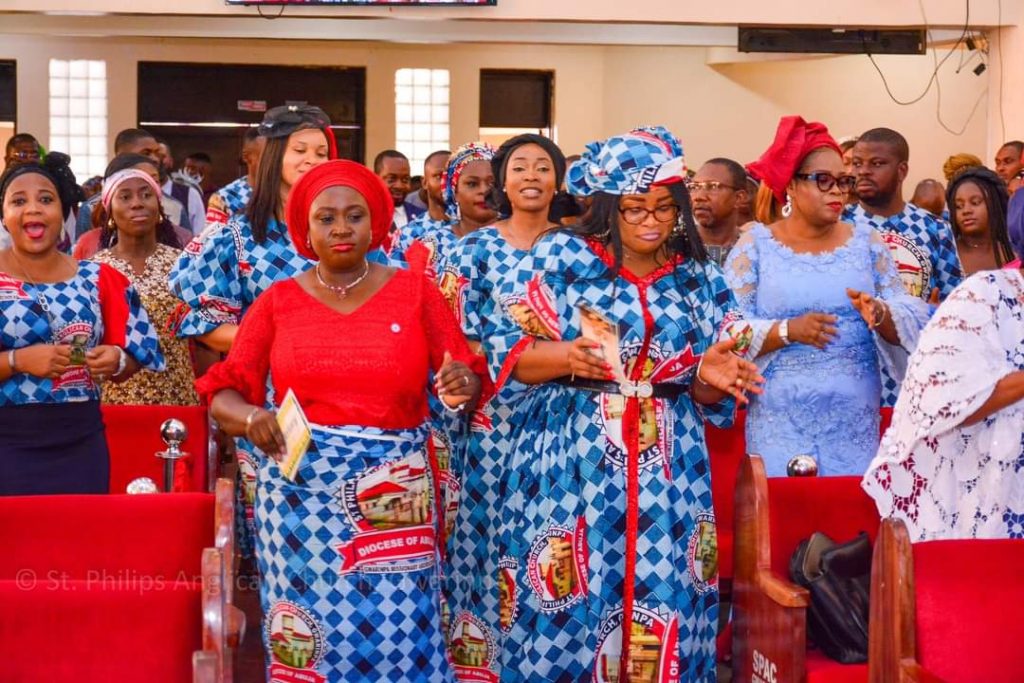 Share
Facebook Twitter LinkedIn Pinterest Email WhatsApp
For growth, success, increasing numbers, testimonies, spiritual upliftment and many more, St Philip’s Anglican Church, Gwarimpa rated as the fastest growing Anglican Church in the Diocese of Abuja celebrated her 5th year anniversary in funfare with glitz and glamour.
Watch The News Here
The short but fulfilling existence of this God’s sanctuary has seen the church recording over 600 adult worshippers every Sunday spread across the two services. 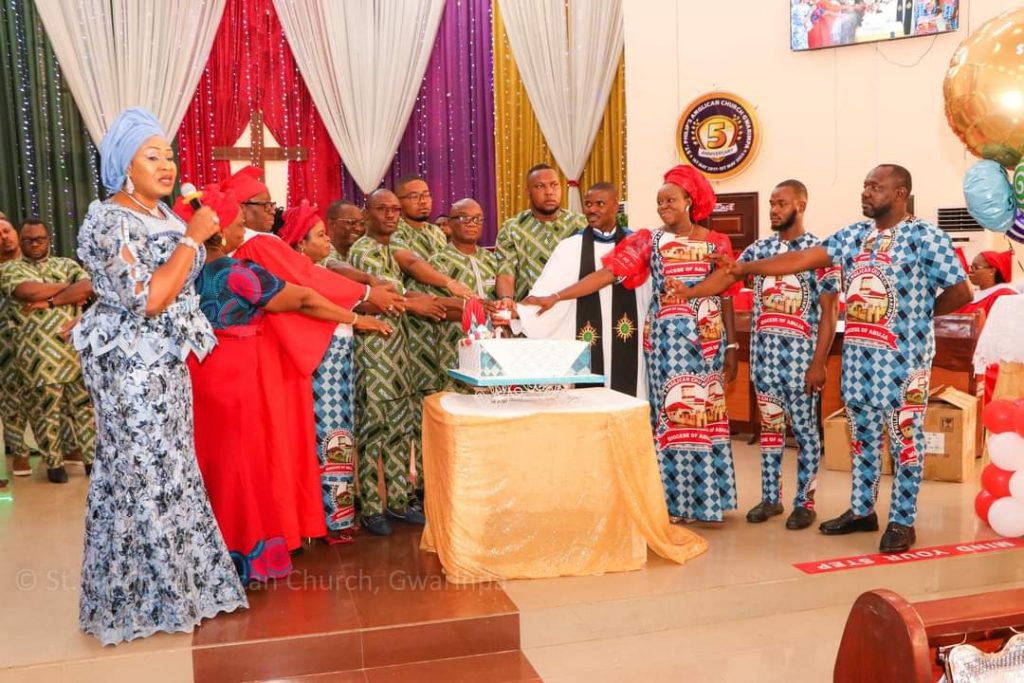 In their customized Ankara uniform, the members added color to the event with smiles rejoicing for witnessing the hallmark celebration.

Different departments of the church also ministered to the members in their various capacities.

The Drama department acted a movie with the appellation “spirit of giving”. Depicting the different characters in church when calls are made towards donating to the church, the drama unit showed that those who gave “bountifully” also received in the same measure.

The rhythm of the church was also set on the right keys with the Choir dishing out different melodies in praises to God.

The Guest Preacher and erstwhile Sub-Dean of the Abuja Diocese, Ven Benjamin Idume congratulated the church and her members while describing the church as the fastest growing church in the Diocese of Abuja.

In his exhortation, Ven Benjamin Idume explored the theme “ Exceeding Grace” taken from Ephesians 2 vs 1-7. The Preacher  described Grace as “God’s Grace as Christ’s Essence” and an unmerited favor without a corresponding effort.

Ven Idume noted that even though members were once sinners but have been redeemed by God through Jesus Christ’s exceeding grace.

While pointing to the verse 8 of the study text which revealed that Christians are saved by Grace from darkness and the dungeon, Ven Benjamin Idume added that the word Grace was taken from the Greek word “ Charis”.

“ The divine enablement which helps in succeeding where physical efforts have failed is a product of God’s exceeding grace” the preacher added.

A reference was made to the life of Mephiseboth, the son of Jonathan who was a cripple but enjoyed the Grace of God in the eye of David after the demise of his father.

Those who enjoy the grace of God have their concerns and needs taken care of by God as mentioned by the preacher.

While concluding, Ven Benjamin Idume exited the congregation to borrow a leaf from the Israelites who contributed immensely to God’s work when Moses called upon them.

The Preacher assured the congregation that they will be rewarded bountifully for all their contributions to the work of God.

The 5th Anniversary Cake was cut with representative from groups in the church as led by the Church’s Vicar, Ven Ovie Ezimeruwe.

Taking an heightened turn, the Launching and donation towards the building of the new vicarage took the stage.

Invited Dignitaries and members were brought to the stage where donations were made towards the 300miion naira Vicarage.