Alaafin Of Oyo Declares Self Head Of Obas, Reveals How He Identifies Traitors 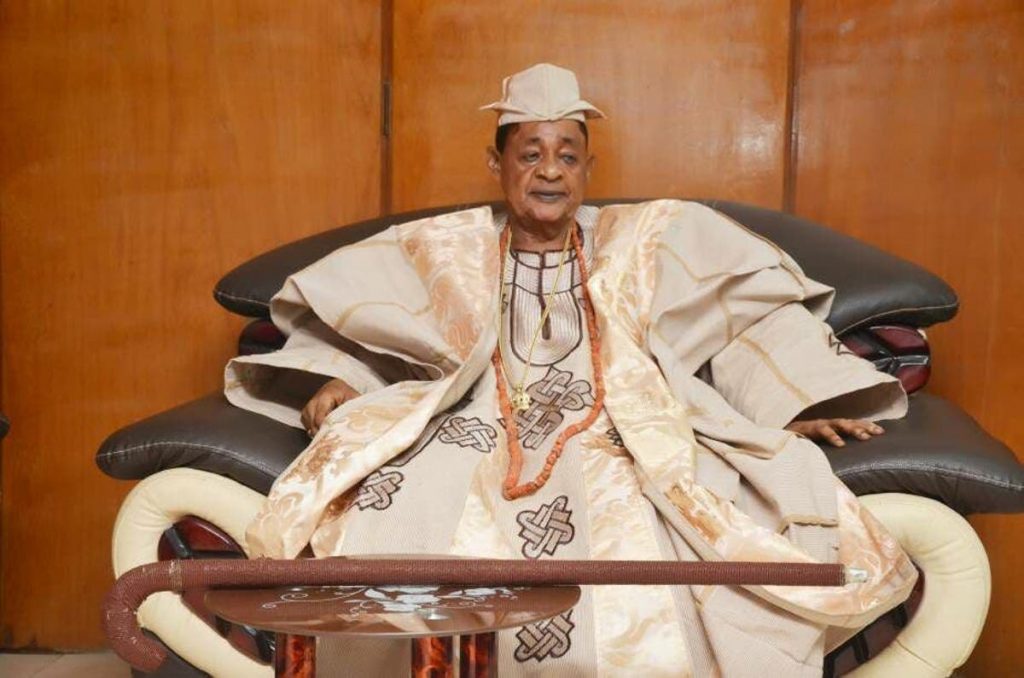 Alaafin of Oyo, Oba Lamidi Adeyemi, has stated that he is the head of all traditional rulers in the Yoruba region.

The monarch also made a startling revelation about his personal security.

The revered leader disclosed that his aides stay vigilant at all times and that he is usually notified when a traitor is around.

Oba Adeyemi spoke at his palace when a historian and publisher of Yoruba Tooto newspaper, Kunle Babarinde, visited.

The Alaafin said: “It is widely acknowledged​ that this palace is very unique in upholding our culture. When you see my drummers drumming, their drumming are always pregnant of meanings.

“If a traitor or a bad person visits me, the drummers would use their talking drum to notify and warn me. The person wouldn’t know what they are using their drum to say but I would know. That’s Yoruba culture for you.”

Oba Adeyemi vowed to ensure that the cultural values and identity of the ethnic group are preserved.

“As the leader of all Obas in Yoruba land, I will put more efforts in promoting the language, culture and tradition. It is a pity that they are going into extinction. If you have been observing me, you would notice I don’t joke with our mode of dressing, greetings and language.

“To say we are not united is an understatement and this is so because of the divisive politics our people have been playing without remembering that we are brothers and sisters as a Yoruba”, he decried.

On the Alaafin’s declaration, DAILY POST reports that Yoruba sons and daughters, home and abroad, are sharply divided as to the actual leader of Obas.

The Alaafin and Ooni of Ife are the two titleholders whose names and thrones are usually debated.

It was not a secret that Oba Adeyemi and late Ooni of Ife, Oba Okunade Sijuwade, were rivals over superiority.

But it is unclear if they resolved their discord before the latter joined his ancestors.

Oba Sijuwade, reignal name Olubuse II, was the fiftieth traditional ruler of Ife from 1980 to 2015.