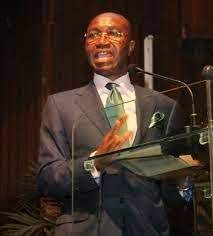 Former Attorney-General of the old Ondo State, Chief Wole Olanipekun, on Tuesday, said the Land Use Act, which is an act of the National Assembly, has overridden any gazette President Muhammadu Buhari is alluding to on grazing routes, as he insisted that no gazette established grazing routes in the country.

He also said there is no law on record made for the country on grazing routes, adding that only the National Assembly is constitutionally empowered to legislate on issues for the country. The Senior Advocate of Nigeria and former president of the Nigerian Bar Association (NBA) was reacting to President Buhari’s directive to the Attorney-General of the Federation and Minister of Justice, Abubakar Malami, to dust up a gazette that allegedly created grazing routes across the country for pastoralists.

In an interview granted Arise TV, the president, while reacting to herders/farmers clashes, said: “What I did was to ask him [the AGF] to go and dig the gazette of the First Republic, when people were obeying laws. There were cattle routes and grazing areas. Cattle routes were for when they [herdsmen] were moving up country, North to South or East to West. They had to go through there.”

But reacting, Olanipekun said no law was made for the country on grazing routes and, as such, there is nothing for the Attorney-General to implement.

“If there is any gazette, it can’t apply to the entire country. There is a difference between order and law. There is no law that universally applies to Nigeria on grazing routes.

Faulting the president on multiple fronts, Olanipekun, regarded as a doyen of law in Nigeria, said: “I am not aware of any gazette that established grazing routes in Nigeria. I listened to Mr President and I have checked the books and no law sanctions grazing routes. I’m not unaware of the law establishing grazing reserves in Kwara State which was exclusive to the state.

“I’m also not unaware that under the regional system, Northern region had something similar which was exclusive to the region. I know in places like Igbaja, Okuta, Omu-Aran, Kaiama, Oro, there were grazing reserves different from grazing routes.

“When you look at Nigeria as a whole, the law on land matters is the Land Use Act and it is entrenched in the 1999 Constitution. The law vests all powers on land issues all over the country in governors and not the Federal Government.

“In respect of land and the use, the Federal Government can’t legislate on how land is controlled and distributed in any part of Nigeria. Even if we assume, without conceding that laws for grazing routes made under the Northern Region of Nigeria covered everywhere, the Land Use Act has superseded both routes and the law establishing them.”

Olanipekun further stated that apart from the gazette being unworkable, nobody can also be punished for it, because it is non-existent in the eye of the law.

He said, “Also, it is one thing for the president to direct, it is another thing for the Attorney-General of the Federation to implement a law which doesn’t exist. He can’t enforce a non-existing law. If you want to enforce a law, there must be a corresponding penalty. If there is no law, there is no penalty, no punishment and you can’t breach a law not in existence.

“In Aoko Vs. Fagbemi, the Supreme Court held that you can’t arrest, punish or prosecute any person in respect of a law which is not defined.

“Section 36(8) of the Constitution also says ‘no person shall be held guilty of a criminal offence on account of any act or omission that did not, at the time it took place, constitute such an offence, and no penalty shall be imposed for any criminal offence heavier than the penalty in force at the time the offence was committed.’

“There is nothing like grazing route gazette that applies to Nigeria as an entity or the 36 states.”

Another Senior Advocate of Nigeria and leading rights lawyer, Mr Femi Falana, also asked the president to stop the search for grazing routes. He, however, encouraged the president to embrace modern cattle rearing mode of ranching.

He said, “The Grazing Reserves Law of 1964 was applicable to the Northern Region. It was not a law of general application as the Western Region, Midwestern Region and the Eastern Region had ranches for animal husbandry.”

“Chairman of the sub-committee on farmer/herders crisis and Ebonyi State governor, Dave Umahi, disclosed that the Federal Government would bear 80 per cent of the sum of N100 billion earmarked for ranching while participating states would support with N20 billion and provision of lands for the programme.

“In 2019, the Central Bank of Nigeria also announced plans to provide loans for ranching and milk production. Last month, chairman of the Northern Governors’ Forum and Plateau State governor Simon Lalong announced that all the states in the North had adopted the National Livestock Transformation Programme (NLTP) and called on the Federal Government to release funds to willing states to start.”

He said, “In fact, some states have begun processes to end open grazing. Kaduna has a ranch with DANO milk as a pilot; Plateau has sent a bill on ranching to the state assembly, Zamfara, Kano, Taraba, Niger, Nasarawa have started ranch constructions”

“In view of the unanimous decision of the Northern Governors’ Forum and Southern Governors’ Forum to ban open grazing and adopt ranching, President Buhari ought to drop the search for grazing routes and ensure the success of the National Livestock Transformation Programme of the Federal Government.”