Why is a New Anglican Jurisdiction Necessary? by Andrew Symes 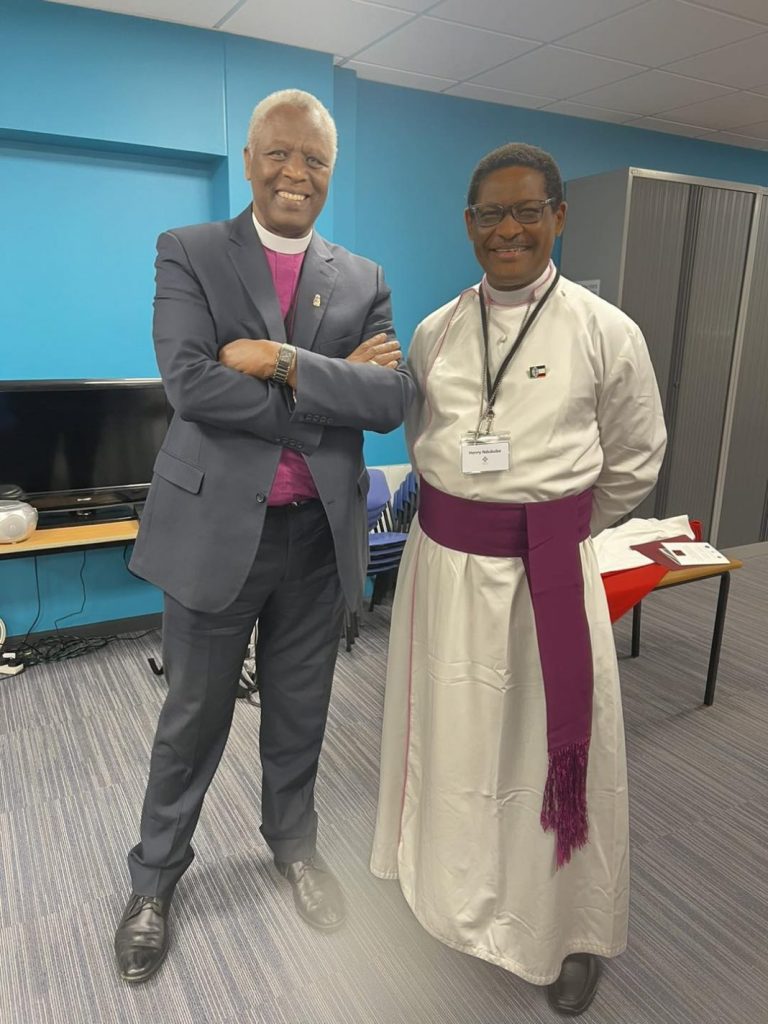 Share
Facebook Twitter LinkedIn Pinterest Email WhatsApp
It’s very encouraging to read Andrew Atherstone’s report on the Psephizo site on the consecration of three new bishops for the Anglican Network in Europe in Hull last week (more here…). Andrew is a respected academic church historian with many years experience in the teaching, administration and pastoral care involved in forming future clergy at Wycliffe Hall. He has written for the wider market as well: a biography of Justin Welby and more recently, an account and evaluation of the Alpha Course phenomenon. A member of General Synod and of wider Anglican councils both in England and overseas, yet known for his clear conservative evangelical convictions, he is well placed to offer an assessment of Gafcon and the emergence in Britain and continental Europe of a Gafcon-authorised jurisdiction outside the Church of England.

Andrew’s account of the ANiE consecration by “a wonderful global array” of Archbishops and bishops is positive. He explains clearly and succinctly what many have found difficult to understand: the ecclesial structure of the new “proto-province”; the shared commitment to core theological essentials while allowing for diversity on secondary issues; the fact that “ANiE is not the conservative Reform movement reborn outside the Church of England, but a remarkably broad community.” He outlines some of the history behind the Network with its two convocations. He addresses issues of potential future conflict, but concludes that “missional urgency”, and the new movement’s obvious commitment to church growth especially through church planting, should be applauded and encouraged, rather than being ignored, belittled and attacked as is the default attitude of the Church of England hierarchy to Gafcon and ANiE.

Speaking as a clergyman who has left the Church of England and is now involved in a small AMiE church plant, I find it very encouraging that a respected Church of England insider like Andrew Atherstone should attend such an event (it was good to see him there!) and report on it so thoughtfully and positively. But I’d like to add more. There is nothing in Andrew’s article which is patronising, but there is a danger of this in how other evangelicals remaining in the Church of England view the new movement, unless other crucial aspects are mentioned.

Foremost of which, is to ask the question: why? Why has it been necessary to form ANiE and consecrate new bishops? Why were some Archbishops from overseas Provinces prepared to flout conventions and, as hinted by Atherstone, risk legal threats, to support a relatively tiny church movement? Why has it been necessary for some C of E, Church in Wales and Scottish Episcopal Church clergy to surrender their licences and walk out into an uncertain and insecure future, leaving salaries, pensions and buildings of a stable and secure institution for something embryonic and fragile?

The reason for the formation of ANiE is not just a desire to get on with mission that is evangelical in theology and unencumbered by traditional administrative structures. That can be done by Bishop’s Mission Orders within the C of E. The significance of the event on 21st October is not just that another Christian movement is showing progress – “let a thousand flowers bloom” and this is one of those flowers. Rather, these consecrations are the fruit of 15 years of reflection among orthodox Anglicans all over the world, that there is a theological crisis in the Western church that can’t be resolved by renewal initiatives or successful political engagements in the Synods of Canterbury-aligned provinces by evangelicals.

The problem is “the acceptance and promotion within the provinces of the Anglican Communion of a different ‘gospel’…which is contrary to the apostolic gospel.”[1] Debates about sexuality and marriage, and behind it, different interpretations of Scripture, are symptoms of a bigger problem, the widespread acceptance by the majority of institutional leaders in Western Anglicanism of a worldview which is at odds with the way orthodox Christians in the majority of the world think, and have thought down the ages.

In 2008 Gafcon was formed recognising that this serious problem could not be rectified by endless dialogue, based on a pretence that these fundamental differences are part of legitimate diversity; nor would it help merely to make statements of orthodoxy again and again with no change resulting. While behind the scenes power-plays and money are involved, much more seriously, the eternal spiritual destiny of millions is at stake. Action is required, and sadly this involves separation, a break in fellowship from those who are promoting a false gospel, and the formation of new structures within which biblically faithful Anglicanism can flourish.

But then again, why has this happened to the church? The theological differences are a direct result of the impact of secular philosophies on Western culture in the past 150 years. The idea, for example, that people with same sex attraction, or those who feel confused about their gender, are a class of oppressed victims, requiring liberation from the conservative heteronormative hegemony, and if the church participates in this project of “diversity and inclusion” it will be demonstrating the love of God – where does this idea come from? It is not the bible, which teaches something different, coherent and hopeful about sex, gender, and oppression and liberation. Rather it comes from the likes of Marx, Freud, Gramsci, Marcuse, Foucault and Zuckerberg! As the ruling elites of the West have sneeringly abandoned their Christian roots, and imbibed the ‘progressive’ worldview, so those church leaders wanting to appear relevant and sophisticated have imbibed it as well, and re-shaped their theology around it.

Some Anglicans in the West now feel that it is increasingly difficult to fulfil the calling to be a holy people, to be a clear witness to Christ, while continuing to be institutionally tied to, and under the authority of, such secularised church leaders. The Anglican Network in Europe with its two Convocations is a home for those who are coming to this conclusion.

So ANiE as a new mission movement is another positive vehicle for gospel ministry alongside those going on in the Church of England and other denominations. But it is more than this. It has emerged out of conflict between truth and error within the church; it has been formed out of a recognition that witness within a cultural environment that is not benign and fertile requires costly distinctiveness. The existence of this fellowship of mostly small churches is in itself a prophetic statement against the “hollow and deceptive philosophies” (Colossians 2:8) of the world and the principalities and powers behind them; a warning against compromise; a lifeboat when it’s clear the big ship is sinking.

[1] From ‘Being Faithful: The Shape of Historic Anglicanism Today – A Commentary on the Jerusalem Declaration’, Latimer Trust, 2009